WASHINGTON (Reuters) – U.S. President Donald Trump said on Thursday his hard-fought trade deal with China was now of secondary importance to the coronavirus pandemic and he threatened new tariffs on Beijing, as his administration crafted retaliatory measures over the outbreak. 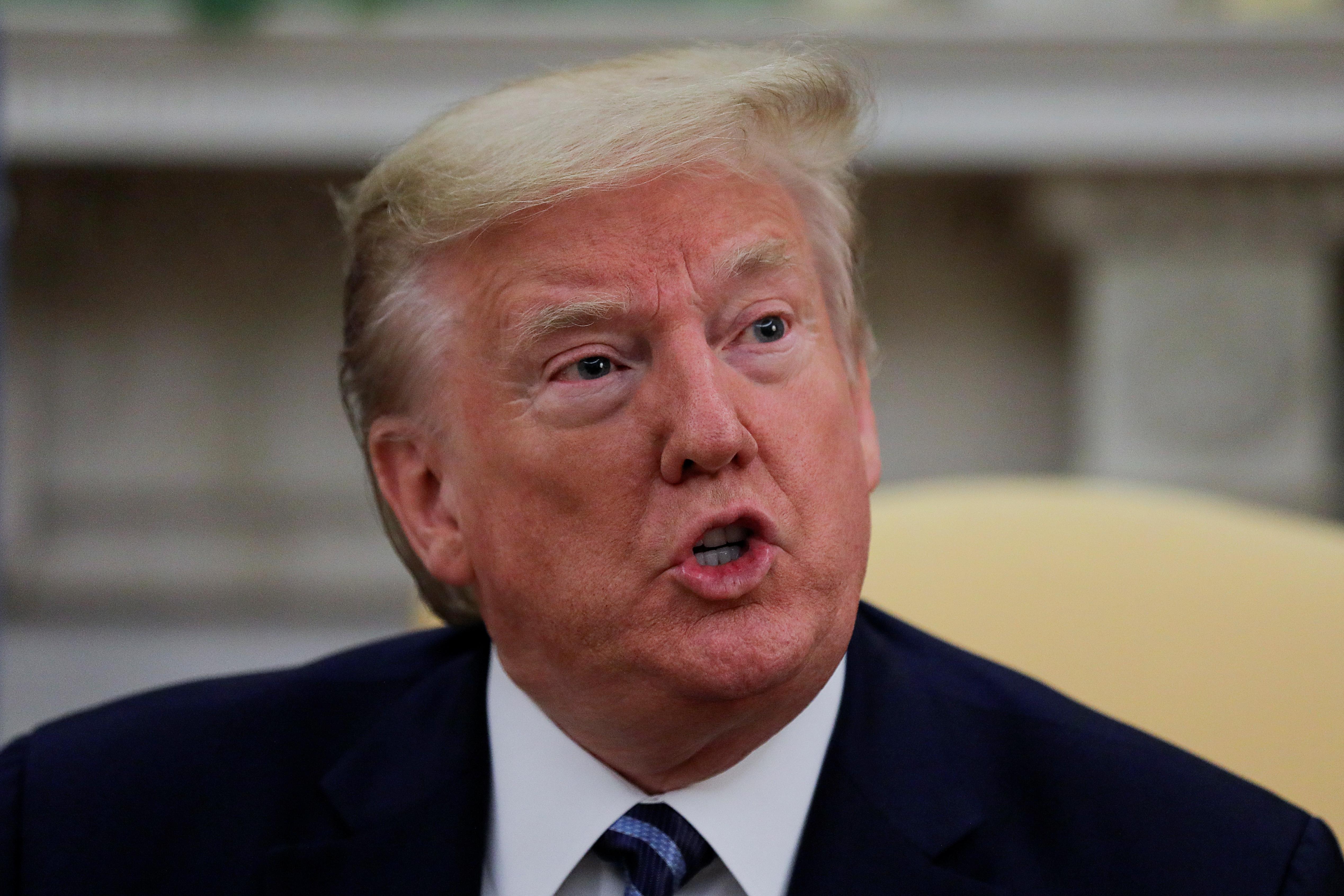 Trump’s sharpened rhetoric against China reflected his growing frustration with Beijing over the pandemic, which has cost tens of thousands of lives in the United States alone, sparked an economic contraction and threatened his chances of re-election in November.

Two U.S. officials, speaking on condition of anonymity, said a range of options against China were under discussion, but cautioned that efforts were in the early stages. Recommendations have not yet reached the level of Trump’s top national security team or the president, one official told Reuters.

“There is a discussion as to how hard to hit China and how to calibrate it properly,” one of the sources said as Washington walks a tightrope in its ties with Beijing while it imports personal protection equipment (PPE) from there and is wary of harming a sensitive trade deal.

Trump made clear, however, that his concerns about China’s role in the origin and spread of the coronavirus were taking priority for now over his efforts to build on an initial trade agreement with Beijing that long dominated his dealings with the world’s second-largest economy.

“We signed a trade deal where they’re supposed to buy, and they’ve been buying a lot, actually. But that now becomes secondary to what took place with the virus,” Trump told reporters. “The virus situation is just not acceptable.”

The Washington Post, citing two people with knowledge of internal discussions, reported on Thursday that some officials had discussed the idea of canceling some of the massive U.S. debt held by China as a way to strike at Beijing for perceived shortfalls in its candidness on the COVID-19 pandemic.

Asked whether he would consider having the United States stop payment of its debt obligations as a way to punish Beijing, Trump said: “Well, I can do it differently. I can do the same thing, but even for more money, just by putting on tariffs. So, I don’t have to do that.”

Seeking to quell a damaging trade war, Trump signed a first phase of a multibillion-dollar trade deal with China in January that cut some U.S. tariffs on Chinese goods in exchange for Chinese pledges to purchase more American farm, energy and manufactured goods and address some U.S. complaints about intellectual property practices.

Tariffs of up to 25% remain on some $370 billion worth of Chinese goods imports annually.

Trump has touted his tough stance on China trade as a key differentiator from Democratic challengers in the presidential race. Keeping tariffs in place on Chinese goods allows him to say he is maintaining leverage over China for a Phase 2 trade deal.

Speaking to reporters, Trump declined to say whether he held Chinese President Xi Jinping responsible for what he feels is misinformation from China when the virus emerged from Wuhan, China, and quickly spread around the world.

A senior Trump administration official, speaking on condition of anonymity, said on Wednesday that an informal “truce” in the war of words that Trump and Xi essentially agreed to in a phone call in late March appeared to be over.

Washington and Beijing have traded increasingly bitter recriminations over the origin of the virus and the response to it.

Trump and his top aides, while stepping up their anti-China rhetoric, have stopped short of directly criticizing Xi, whom the U.S. president has repeatedly called his “friend.”

Among the other ideas under consideration for retaliation against China are sanctions, new non-tariff trade restrictions and a possible effort to lift China’s sovereign immunity, two sources familiar with the matter said.

The options are being discussed, informally for now, across government agencies including the State Department, White House National Security Council, Treasury Department and Pentagon, two of the sources said.

The strongest pressure for action is coming from the National Security Council, including deputy national security adviser Matthew Pottinger, while Treasury officials are advising caution, the sources said.

Conversations are at a very preliminary stage and significant action is not considered imminent, the sources said. When asked, U.S. Secretary of State Mike Pompeo has repeatedly said Washington’s priority at the moment is to fight the virus but that the time to hold China accountable would come.