(Reuters) – Of the many tragedies in the U.S. coronavirus epidemic, among the largest was that the nation’s four economic powerhouses – California, Florida, New York and Texas – bolted to opposite corners early in an often politicized response to the crisis. 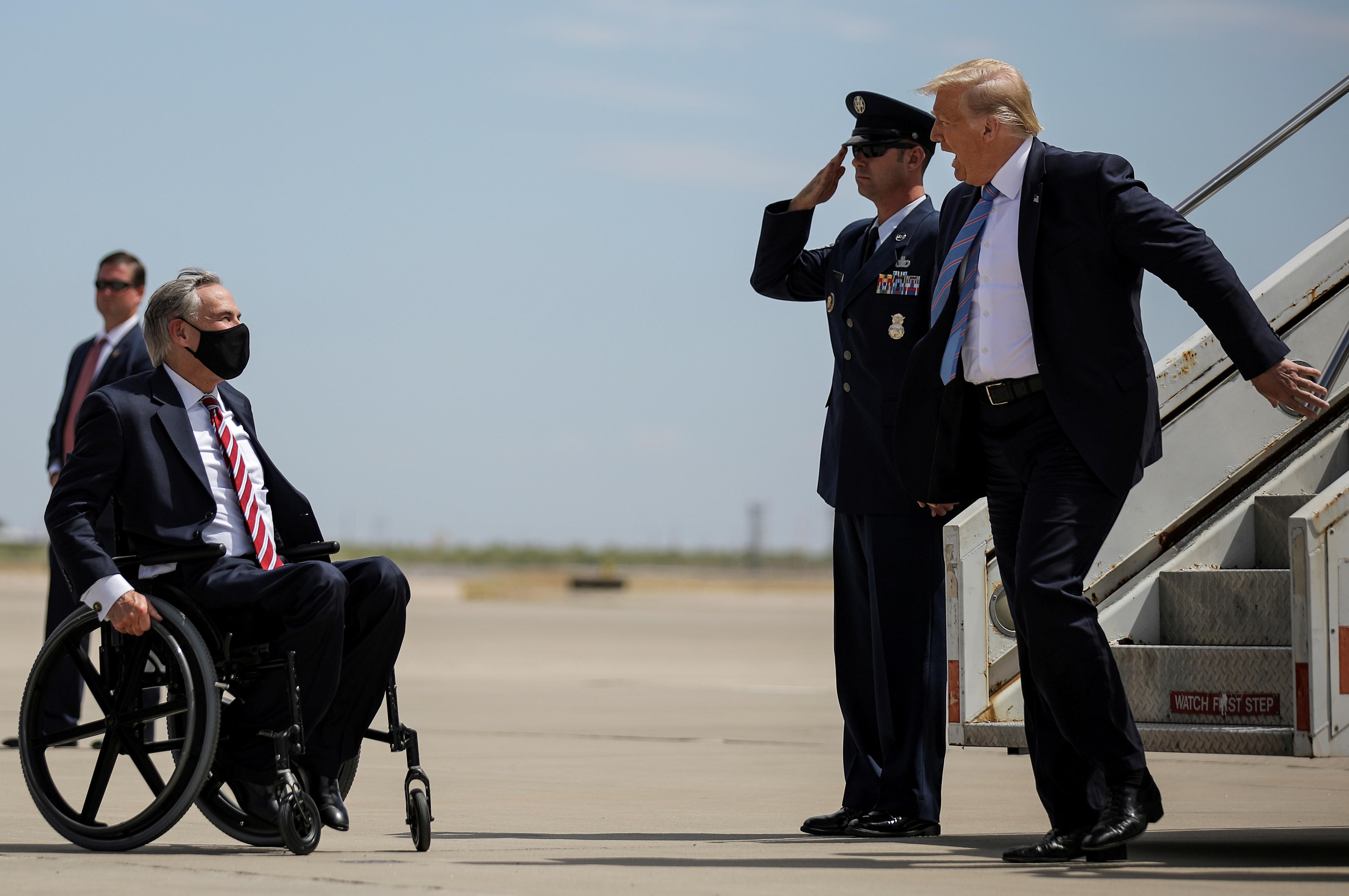 Democratic-governed California and New York tackled the spread of the virus aggressively with lockdowns and other steps that exacted a heavy toll on their economies. Republican-led Texas and Florida, in contrast, took a more hands-off approach.

Neither tandem, so far, has managed to pull off the tricky balancing act of getting and keeping infections under control while fostering a speedy and sharp economic rebound.

The result: A U.S. recovery hampered by underperformance in four states that account for about 35% of the country’s economic output.

New York has scored the one singular victory in suppressing the virus. But its economy remains on its heels with a jobless rate that sits at 15.9%, more than five percentage points above the U.S. average.

The other three continue to battle on both fronts.

“Most of the responses have been a big disappointment,” said Harvard University economics professor James Stock, who argued early in the outbreak that a “no-fun” world of limited social engagement, widespread testing for the virus and use of masks offered a way to solve the health crisis and, ultimately, fix the economy.

That was a prescription even New York has struggled to follow, let alone a nation with no uniform federal response.

More than 5.8 million U.S. residents have been infected with the coronavirus and more than 179,000 killed by the associated COVID-19 disease, according to a Reuters tally.

With the outbreak still raging nationally, key parts of the New York economy, like hotels and tourism, won’t bounce back even as the state’s coronavirus case rates remain under control with only a handful of deaths each day.

Daily deaths in each of the three other big states, meanwhile, are at more than a hundred.

The four states, which account for about a third of the U.S. population, are home to the country’s largest and densest cities as well as major travel hubs, ports and other infrastructure, and are top tourist destinations.

“It’s unlikely the national economy fully recovers unless these four states do,” said Oren Klachkin, an economist at Oxford Economics. “A lackluster, muddling-through scenario now looks to be the most likely path,” particularly as the impact of those four spills over into neighboring states and regions.

An Oxford index tracking the economic recovery shows California, Florida, New York and Texas as a group lagging more than 10 percentage points behind the rest of the country.

The gap emerged early when New York and California, two of the early epicenters of the U.S. coronavirus outbreak, imposed restrictions on businesses. It widened in June as infections surged in Texas and Florida, forcing those states to impose restrictions they had tried to avoid.

Other data tell the same tale.

Since March 1, data from time management firm Homebase www.joinhomebase.com/data shows California, Florida, New York and Texas lagging the rest of the country in both growth in the number of businesses that are open and the number of employees working. Department of Labor data shows that after accounting for roughly a third of all job losses in March and April, the four states are responsible for only about a quarter of the jobs regained in May, June and July.

Estimates of the return of retail shoppers gathered by cellphone tracking company Unacast showed Texas had reached 84% of its 2019 level through Aug. 15, Florida and California were just above 70% and New York below 60%. The rest of the country, taken together, had topped 90%.

Pennsylvania is one, with a mix of tough restrictions on its largest cities and a lighter touch in rural areas. The state avoided the more intense public conflicts over lockdowns and other measures that have erupted elsewhere in the United States.

A COVID-19 rebound in June was quickly corralled and daily fatalities are low.

“The state has managed (infections) down and kept them down … The economy has made its way back solidly since then,” Zandi said.

Nonetheless, it would take roughly four Pennsylvanias to match the economic heft of California alone, indicating just how long the road to a U.S. recovery may be with the big four states so hobbled.

The national recovery is seen by many economists as approaching something of a crossroads.

Key emergency measures to help families and small businesses lapsed in July, and negotiations in Congress over extensions are deadlocked. The country is still about 13 million jobs shy of February’s level, and about 14.5 million Americans were collecting unemployment insurance in the latest week – more than twice the number seen in the 2007-2009 recession.

There are some optimistic signs. Growth in daily infections is moderating, with the 7-day moving average below 50,000 nationally from 66,000 in mid-June.

A Goldman Sachs study estimated the country overall had met 2.5 of the 4 “gating” criteria for a fuller economic reopening. It had fallen near 1 in mid-July. 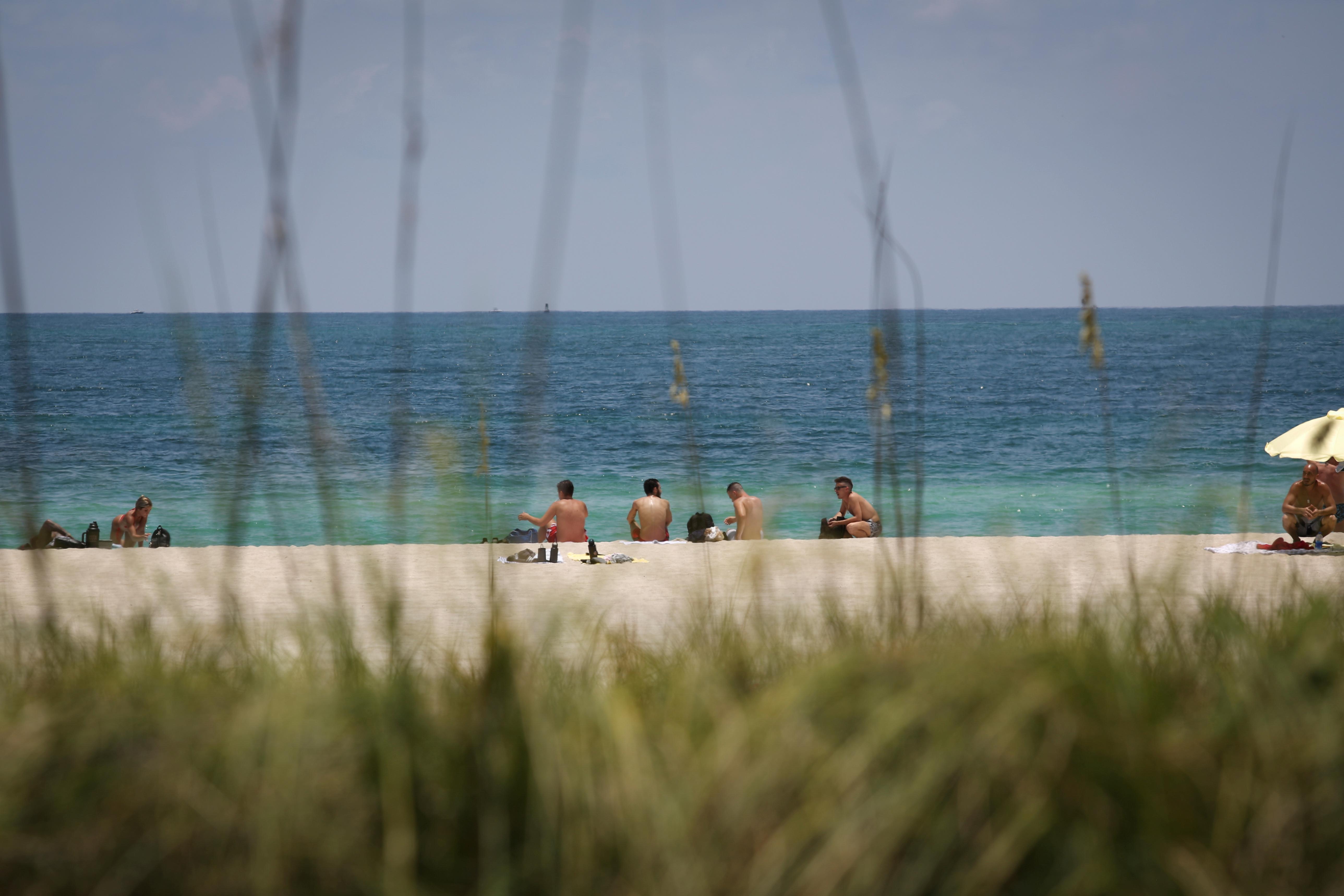 Even if the optimal response was missed, St. Louis Fed President James Bullard said the worst was also avoided – particularly the early projected death toll of 2 million or more, and an economic calamity on the order of the Great Depression.

The back-and-forth debate about issues like school reopenings and wearing of masks, Bullard told Reuters in a recent interview, are part of finding a new balance. After early efforts to restart businesses and avoid mask mandates, for example, Texas Governor Greg Abbott acknowledged he should not have let bars reopen as early as they did. He ordered them to close again in late June and followed that up with a mask order.

“It is a big country. It is uneven. People are learning about the disease,” Bullard said. “We have plenty of chances to get it right going forward.”