U.S. post office loss doubles as it warns COVID-19 will hit its finances

WASHINGTON (Reuters) – The U.S. Postal Service on Friday said it lost $4.5 billion in the quarter ending in March, more than double its loss over the same period last year, and warned COVID-19 could severely hurt its finances over the next 18 months. 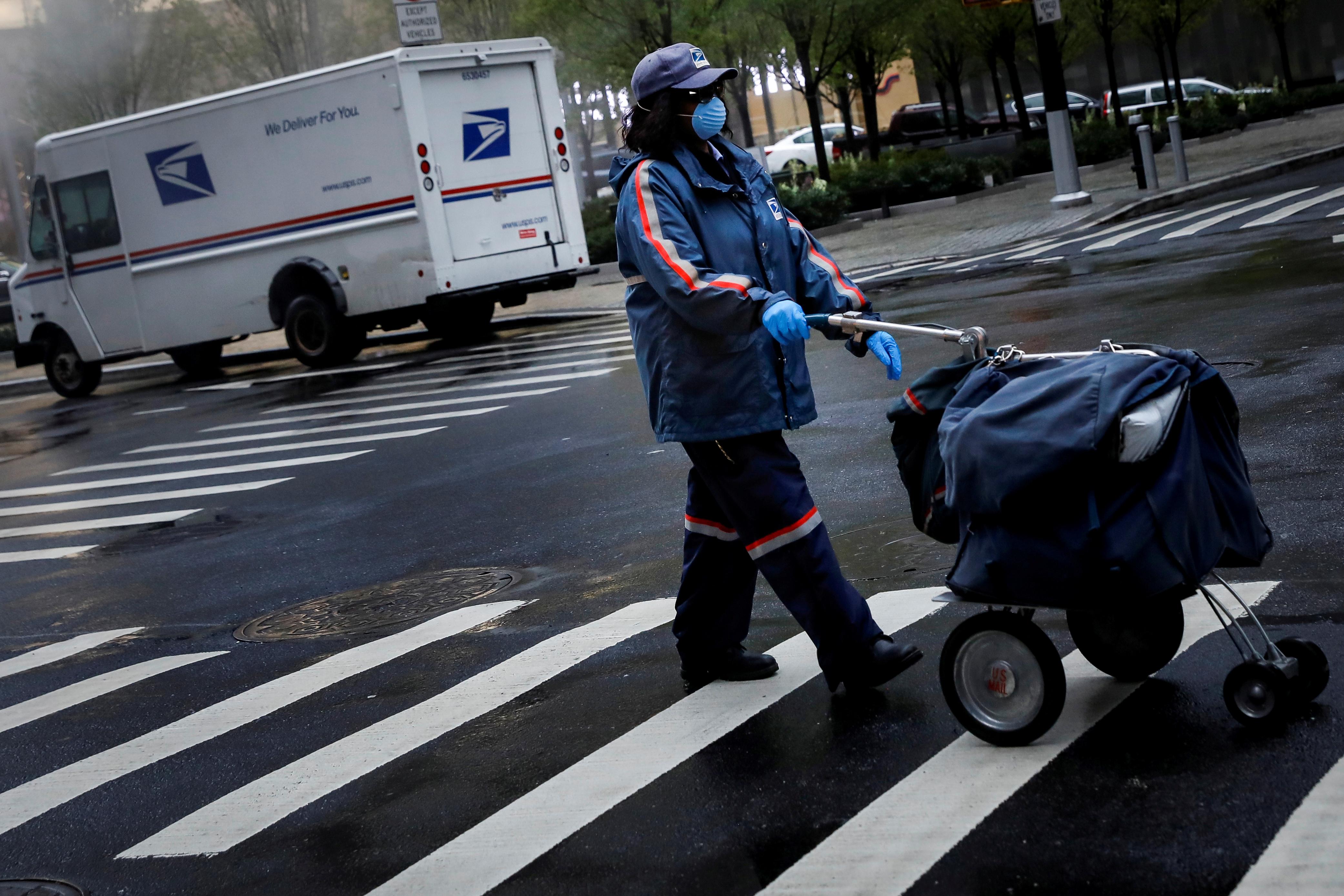 The Postal Service’s Board of Governors met at a critical juncture as it faces accusations from the White House that it charges package shippers such as Amazon.com Inc (AMZN.O) too little.

Postmaster General Megan Brennan, who is stepping down, warned that the Postal Service would need financial assistance.

“The stark reality is that the pandemic will cause meaningful near-term and long-term implications, from the steep decline in revenue we will suffer this year and in the coming years. That will endanger our ability to fulfill our universal service missions absent congressional intervention,” she said.

She said that the Postal Service had requested funding from Congress and unrestricted access to borrowing. She told a congressional committee last month that the new coronavirus alone could mean $13 billion in lost revenue this year.

The agency said its revenues rose $348 million to $17.8 billion, but noted that rising workers compensation costs in the quarter increased its expenses.

The meeting also comes two days after the governors announced that they had selected Republican donor Louis DeJoy to be the next postmaster general.

The service, which was struggling before efforts to stop the spread of the new coronavirus prompted a widespread economic shutdown, is funded entirely through services and postage and has been hurt by advertisers’ decision to reduce mail during the pandemic.

Congress has authorized the Treasury Department to lend the Postal Service up to $10 billion as part of a $2.3 trillion coronavirus stimulus package. President Donald Trump has threatened to block that aid.

Since early in his administration, the president has criticized the post office, saying it was poorly run and charges too little to deliver packages. Many of those packages are sent by online retailers such as Amazon.com (AMZN.O), whose founder and Chief Executive Jeff Bezos also owns the Washington Post, which has been critical of the president.

The pandemic has also caused a surge of interest in expanding options to vote by mail rather than crowding into polling places, making it more important that funding extends past November for the presidential election.

The Postal Service has been struggling for years as online communication replaces letters, and after a 2006 law required it to pre-fund its employee pension and retirement health care costs for the next 75 years.