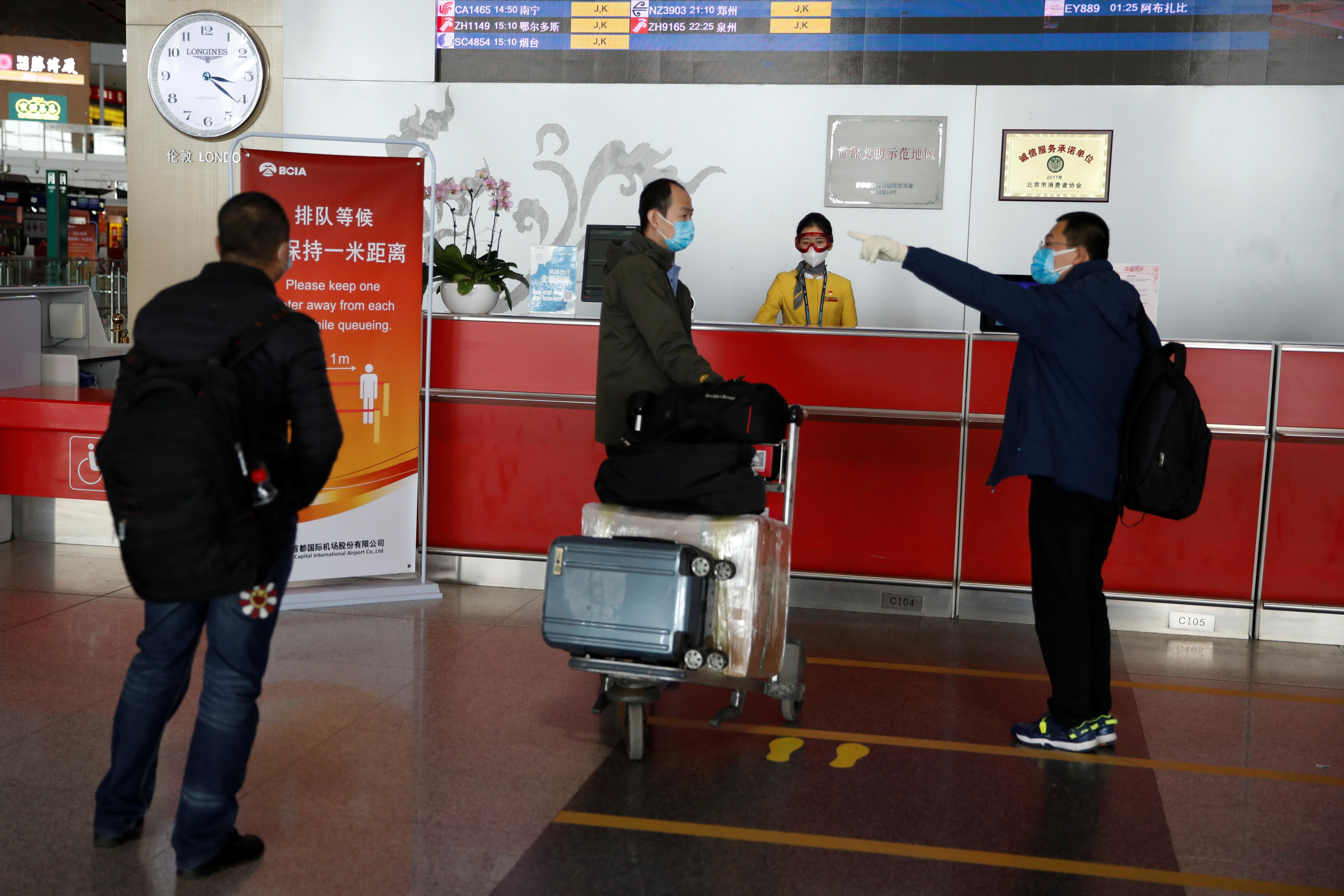 WASHINGTON (Reuters) – The U.S. Transportation Department said on Friday it will allow Chinese passenger air carriers to operate two flights per week after Beijing said it would ease coronavirus restrictions to allow in more foreign carriers.

On Wednesday, Washington said it planned to bar all Chinese passenger airlines from flying to the United States by June 16, due to Beijing’s curbs on U.S. carriers. The revised Transportation Department order cuts in half the four weekly round trip flights Chinese passenger carriers have been flying to the United States and take effect immediately.

The department said if China takes further steps for U.S. carriers it is “fully prepared to once again revisit the action.” The notice added that the department is “troubled by China’s continued unilateral dictation of the terms of the U.S.-China scheduled passenger air transportation market without respect for the rights of U.S. carriers.”

The announcement defuses a potential new flashpoint in the U.S.-China relationship. The Chinese Embassy in Washington did not immediately comment.

China’s announcement should allow U.S. carriers to resume once-a-week flights into a city of their choice starting on June 8, a fraction of what the U.S.-China aviation agreement allows.

It is also unclear if U.S. carriers will agree to fly just once a week to China when they have sought approval for two or three daily flights.

Delta Air Lines (DAL.N) and United Airlines (UAL.O) asked to resume flights to China this month. Both said they were studying China’s action.

China said all airlines can increase the number of international flights involving China to two per week if none of their passengers test positive for COVID-19 for three consecutive weeks.