WASHINGTON (Reuters) – U.S. financial regulators, banks and their investors will get their first glimpse into the health of the nation’s banking system as it confronts soaring corporate and consumer defaults in the economic crisis sparked by the novel coronavirus. 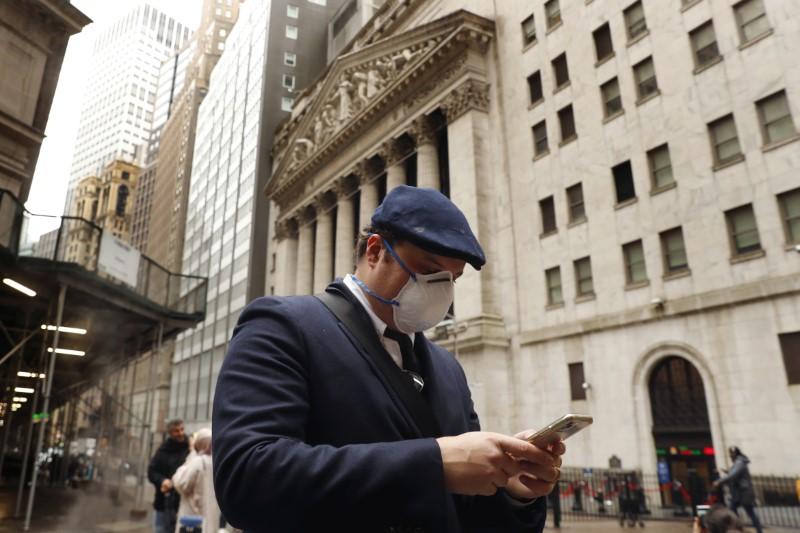 And no-one, including the U.S. Federal Reserve which sets the annual bank “stress test” exams, has a clue what to expect.

“That is the $100,000 question. Actually, it’s much bigger than that and I am sure the Fed is working hard to get it right. We’re curious, and we don’t have clarity,” said Kevin Fromer, CEO of the Financial Services Forum, which represents the biggest banks in the U.S.

That could mean banks may be on the hook for billions more in capital than they had anticipated, which could ultimately force them to slash dividends, slim down their balance sheets or reduce lending.

Since the 2009 financial crisis, the Fed has tested annually a snapshot of big bank balance sheets against an extreme hypothetical economic shock. The results ultimately dictate how much capital banks can dish out to shareholders.

This year, however, the real life economic blow dealt by the pandemic has by several measures exceeded the doomsday scenario the Fed unveiled in February, leading some banks to grumble it may as well scrap the tests this year.

Instead, the Fed told banks after they had handed in their exam papers in April that it was adding an extra test to reflect the rapid deterioration of economic conditions in recent months.

That eleventh-hour change combined with other tweaks the Fed passed last year has thrown the stress test playbook out the window.

“Unnecessarily increasing bank capital could serve to limit bank balance sheets at exactly the wrong time, likely chilling economic recovery,” the Securities Industry and Financial Markets Association wrote in a note on Friday in which it urged the Fed to stick to its original plan.

While the banking sector has so far proved resilient, some Fed officials worry it will come under greater stress as mass unemployment leads to more corporate and consumer debt defaults, according to minutes from the Fed’s April meeting.

Banks say they are in the dark about the potential outcome because the Fed hasn’t provided any details on how the extra analysis will work or which factors it plans to probe.

Some analysts expect the central bank to adjust for more job losses, which has already blown through the 10% level outlined in its February scenario, and to significantly raise lenders’ potential loan loss rates from the roughly 6% of previous years.

Nellie Liang, a former Fed official who is now a senior fellow at Brookings Institution, said the central bank will likely also probe banks’ exposures to struggling sectors like hotels.

“From a credibility standpoint, they need to be very severe, not just try to catch up with what’s already happened,” said Tim Clark, another former Fed official who helped build the stress tests and now works with the advocacy group Better Markets.

Regulatory changes to the tests agreed before the pandemic have created another unknown. This year the Fed will integrate the stress test results with other capital rules so as to better tailor banks’ overall capital level to their business mix.

Analysts at Keefe, Bruyette & Woods and Evercore ISI have said they expect the tests to result overall in less excess capital which may force banks to cut dividends. While the Fed declined to comment, some officials have said lenders should be prepared for that outcome, according to the April minutes.

But with pressure from the government and lawmakers to keep banks lending, some analysts are leaning the other way. Goldman Sachs said in a note last week that while the Fed could order higher bank capital, it may actually lower requirements “given the extra-ordinary demands on balance sheets.”