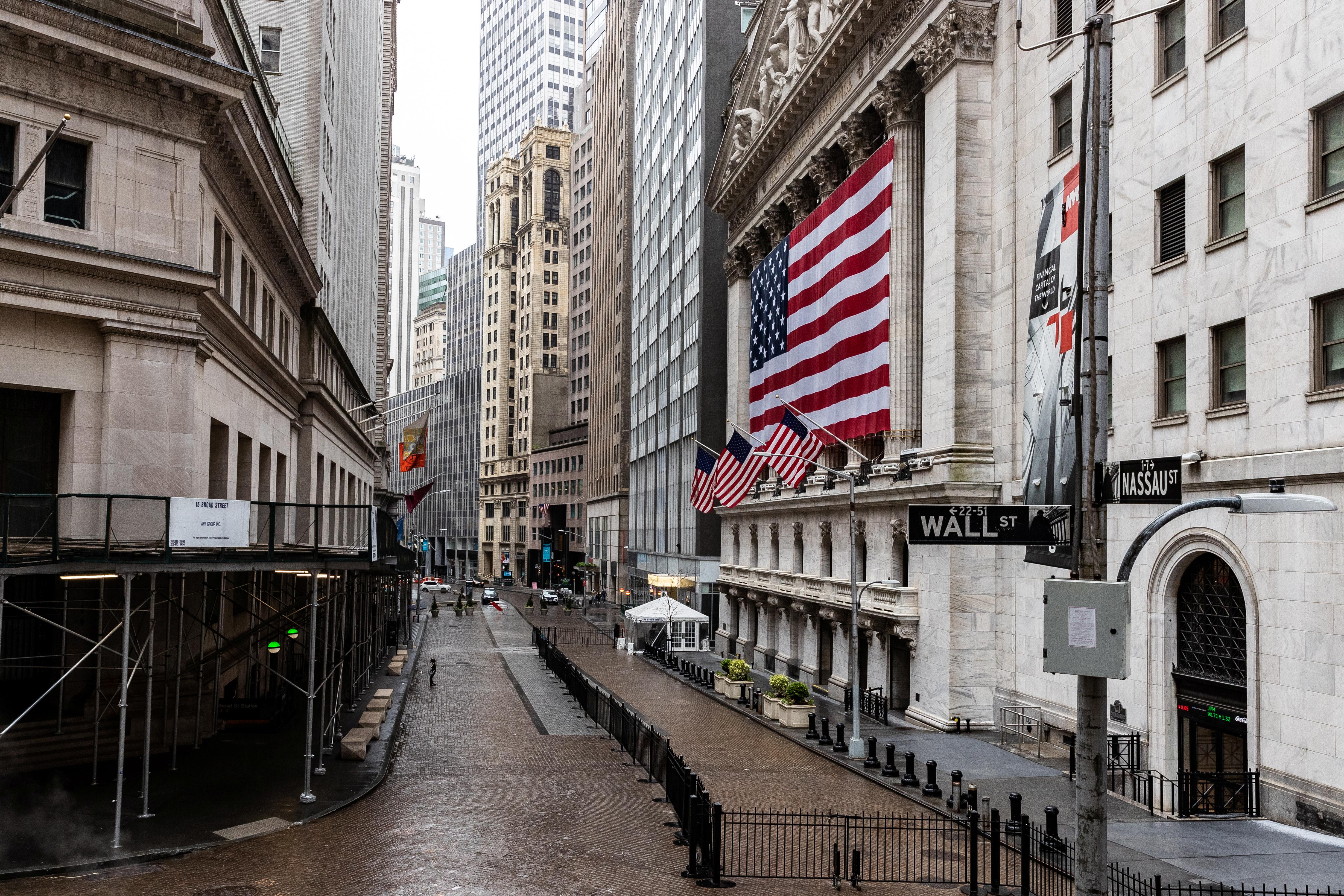 The U.S. economy will take some time to get back to where it was, Powell said in a webcast, as he pledged to use the U.S. central bank’s power as needed and called for more fiscal stimulus.

While many market participants said they were relieved by Powell’s continued indication that the Fed would not push interest rates below zero, some were concerned that his call for fiscal stimulus would not be answered.

“The market seems to be looking to the Fed for support and the Fed said look somewhere else,” said Jeff Kleintop, chief global investment strategist at Charles Schwab, adding that divisions among Republicans and Democrats had dimmed prospects for additional fiscal support from Congress.

Investors were “disappointed he didn’t bring up anything new the Fed was considering,” said the strategist.

Kleintop said Powell’s tone was more pessimistic than in the recent past. “The market took away that maybe there’s more bad news out there than they’d been pricing in,” he said.

Powell’s comments followed a sharp selloff in equities on Tuesday after a warning from leading U.S. infectious disease expert Anthony Fauci that the virus was not yet under control. Fauci’s comments prompted concerns about how the economy would emerge from weeks of virus-related lockdowns.

Another negative factor was a decision by an independent board overseeing billions in federal retirement dollars that it would indefinitely delay plans to invest in some Chinese companies.

“It adds to the tension ahead of an announcement Trump said could come this week on the Phase One (U.S.-China) trade deal,” said Schwab’s Kleintop.

Investor bets on a swift recovery had helped the three main U.S. stock indexes climb about 30% from their March lows.

But as officials around the world and in parts of the United States began easing lockdown rules with a view to restarting local economies fears of a second wave of COVID-19 infections have diminished those hopes.

Wall Street’s fear gauge rose for the second day and hit its highest point since May 4.

Royal Caribbean Cruises Ltd (RCL.N) shares were down more than 6% after it launched a $3.3 billion bond offering, pledging 28 of its ships as collateral and forecast heavy losses for the first quarter.

Declining issues outnumbered advancing ones on the NYSE by a 7.44-to-1 ratio; on Nasdaq, a 5.06-to-1 ratio favored decliners.