Home » Education » Some childminders in England told they can reopen

Some childminders in England told they can reopen 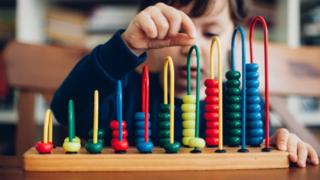 Childminders in England can reopen from Wednesday if they are caring for children from the same household, the government announced late on Tuesday.

The move follows confusion about when childminders could reopen.

“Childminders have been told three different things about plans to reopen in a matter of days,” said Neil Leitch of the Early Years Alliance (EYA).

The EYA said it received news of the change to government guidance in an email just after 18:30 BST on Tuesday.

During lockdown, registered childminders have either been closed or providing care for vulnerable children or children of key workers.

On Sunday, Prime Minister Boris Johnson announced plans to reopen the sector as part of his “conditional plan” to gradually end the lockdown.

However, organisations representing childminders later sought clarification as separate documents issued by the government suggested both 13 May and 1 June as dates for when this could happen.

In a meeting on Tuesday, the Department for Education appeared to confirm the 1 June date for all childminders, according to the Professional Association for Childcare and Early Years (PACEY).

But in an email to childcare organisations, sent a few hours later, an official issued an update on childminder policy “effective from tomorrow”.

“The government has amended its guidance to clarify that paid childcare can be provided to the children of one household in any circumstance,” said the email.

“This would include nannies, for example, and childminders may also choose to provide childcare on this basis if not already providing care for vulnerable children and children of critical workers.

“This should enable more working parents to return to work.”

PACEY chief executive Liz Bayram welcomed the clarification, saying the organisation had heard from thousands of its members who were unclear when they could reopen.

“It is up to you as an individual to decide whether you want to open now or take time to prepare to open to all children on 1 June,” PACEY advised its members on its web page.

Ms Bayram however warned that not all childminders could consider opening in June because of ongoing worries about infection.

“We also know many childminders are worried about reopening and placing their family at risk.”

She called for better financial support from government for childminders whose businesses have been hit by the lockdown.

Mr Leitch said childminders had “frankly had enough of last-minute, contradictory guidance from this government”.

He urged ministers to stop treating them as an “afterthought” and to recognise that they needed better support and guidance in meeting the challenge of providing childcare safely in their own homes.