Thousands of A-level students could lose their unconditional university offers

Thousands of A-level students could have their unconditional university offers withdrawn this summer, as ministers and the higher education regulator try to crack down on panic offers made during the pandemic.

Sources at Westminster say the universities minister, Michelle Donelan, is determined to constrain universities, after private government data showed that 30,000 offers that had been dependent on A-level grades were suddenly switched to “unconditional” when the pandemic struck in March.

The competition to recruit UK students will be more important than ever this summer, as universities brace for the loss of thousands of international students, who generally pay higher fees. Some institutions are expecting to lose £100m in fees.

Now the regulator, the Office for Students, is seeking sweeping temporary powers to control universities’ admissions, including the ability to force institutions to retract offers it disapproves of. As well as new unconditional offers, experts say this could include making universities withdraw offers accepting low grades that they made to fill places.

The Guardian has learned that several universities, including one in the elite Russell Group, have sought legal advice on how to challenge the OfS move, which they see as a dangerous encroachment on their autonomy.

Ministers are concerned that school leavers might accept an unconditional offer from a university other than their chosen institution because they want certainty. They are also worried that if some universities change offers to gain an advantage, their competitors will be forced to follow suit, leading to a domino effect with lots of universities ignoring A-level grades.

A Westminster source said: “There were some universities where every single one of their offers were converted to unconditional overnight in response to the pandemic.”

Controversially, the OfS expects institutions that suddenly handed out large numbers of unconditional offers after 11 March, the date the World Health Organisation declared coronavirus a pandemic, to withdraw those offers from students who haven’t yet accepted them. If universities don’t comply, the regulator intends to levy high fines. 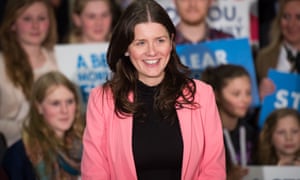 The OfS has been advising universities that where unconditional offers are part of “usual practice”, including creative arts courses where candidates are interviewed and submit a portfolio, which is as important as predicted grades, students do not need to worry that their place might be withdrawn.

The government has requested the new powers in return for its financial support package for the sector. But universities say the wording of the proposed new OfS powers, which are currently being consulted on, is so imprecise that they do not know which offers might fall foul of the rules.

Dr Dean Machin, strategic policy adviser at the University of Portsmouth, says: “We’ve got enough uncertainty to be coping with right now without coming to terms with a vague new power. We don’t know what will be acceptable. It increases uncertainty at a time when that is the last thing we need.”

He says Portsmouth did not switch any offers, but a minority of other institutions saw the financial risks ahead and decided to act quickly. He adds that the sector generally saw this as bad practice, because by siphoning off students at a time of crisis they could potentially sink their competitors.

Smita Jamdar, head of education at the law firm Shakespeare Martineau, who has been advising universities on the new OfS powers, says institutions should be extremely cautious about withdrawing any offers, which could lead to accusations of having misled students. “Students may feel they are having something valuable taken away from them. Institutions need to think carefully about the legal rights of the students and the reputational impact of it all.”

Jamdar is concerned that the OfS has not defined which sorts of offers it wants to stamp out. She says universities could, for example, be challenged for accepting students with lower grades. 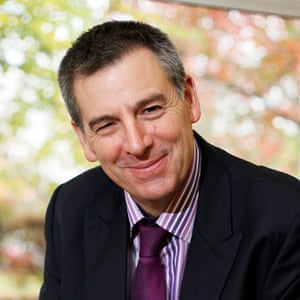 She is also unhappy with the OfS plan to backdate the new rules to March. “It’s an important principle of the law that you should know the consequences of your actions at the time you do them,” she says.

Nick Hillman, director of the Higher Education Policy Institute thinktank, agrees it is not clear exactly which behaviour the OfS intends to punish. “In clearing every year there are universities that pretty much accept anyone they think would benefit. So if you usually take students with low grades in a normal year, are you going to fall foul of the OfS for doing it this year?”

He is concerned that universities are being hit with new rules at a time many are expecting A-level grades to be less trustworthy. “If you are an admissions officer trying to fill your places and make rapid decisions it is really hard,” he says.

Andrew Hargreaves, founder of the research consultancy dataHE, which has been helping universities to understand their position in the absence of A-level exams, says: “I just don’t recognise this narrative that is coming from government about universities as villains, with the OfS coming along on its white charger to rescue young people. This is a sector trying to react to a changed environment, that genuinely wants its students to succeed.” Many in the sector argue that there is no real evidence that unconditional offers are hurting students.

Vice-chancellors are also concerned that the government is seeking to control far more than admissions. The consultation sets out proposals to prevent universities “engaging in any form of conduct” that could have a negative impact on students or the “stability or integrity” of the higher education system. It emphasises that this “includes but is not limited to” admissions. University chiefs say any number of issues the government doesn’t like could fall into this definition.

Jamdar says this is “apparent opportunism. The sector has asked for support and the government has seen it as the chance not only to ensure stability in recruitment, but also to establish a basis to intervene in a much broader and quite onerous way. I feel deeply uncomfortable about it.”

Prof David Green, vice-chancellor of Worcester University, agrees. “This is a time of crisis, but we are still in a democracy. These powers are deliberately intended to circumvent the Higher Education Act of 2017, which enshrined universities’ autonomy in law.”

A Department for Education spokesperson said: “We are committed to supporting our world-class universities and students through this challenging time. Prospective students will understandably feel nervous about their future, and their interests must be put first. We do not want students to be pressured into a major life decision which might not be right for them.

“The range of measures we announced, including student number controls, aim to ensure the long-term sustainability of the sector.”