Six days a week Brendan, 17, leaves at six in the morning for his job on a building site and doesn’t get home until tea time. It’s his first job and he is loving it. “I am very, very proud of him,” says his mother.

But it could have turned out very differently. Brendan left his academy trust school in Normanton, West Yorkshire, without any GCSEs, having spent much of his time in an isolation cubicle, banned from talking to other pupils or looking left or right, and with just three toilet breaks in a day to stretch his legs.

In his last term, in 2018, his mother finally managed to get him assessed by an educational psychologist. “She said he found it hard to process information unless it was written down and he couldn’t sit in an enclosed space for more than 45 minutes,” his mother says. “He would get up and walk around the school to ‘reset’ himself and that’s why he ended up in isolation. Once in isolation, he kept failing it because he would get up and walk around, so in he went the next day – he was in isolation for six weeks one term – and those in the booths had to stay an extra hour after school as a punishment as well.

Everyone welcome: inside the schools that haven’t expelled a child since 2013

“I struggled and struggled with the school for years to get him assessed for support because I didn’t want him to lose out on his education as I did. I went back into education and did what I had to at 40 and I hope he will too,” she adds.

The school, Freeston academy, has since been taken over by another trust, the Outwood Grange Academies Trust, which says children are put in “reflection classrooms” rather than isolation.

Widespread use of isolation has prompted a Lose the Booth conference later this month in Leeds, where teachers, psychologists, children’s rights activists and parents will call for the practice to be banned, or used only as a last resort. And last week a report by the Centre for Mental Health charity said that putting pupils in isolation for long periods could harm their mental health.

Behind the issue, however, is the bigger question of how schools should respond to pupils with challenging behaviour. The growing popularity of “zero tolerance”, especially across multi-academy trusts, has led to children with special educational or emotional needs being sent into isolation. In some schools, children are sent into isolation for turning up in the wrong colour shoes or socks.

The Ruth Gorse academy, for example, part of the GORSE Academies Trust, which manages 11 schools around Leeds, has a list of rules on its website and warns: “Students with inappropriate hairstyles will be placed in isolation.” 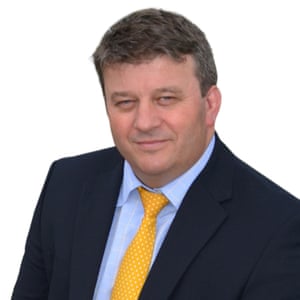 One primary headteacher was called by his 11-year-old daughter’s school to say she was in isolation for forgetting to bring in her planner “but if I brought it in she could come out”. He said it was an hour-and-a half round trip to go home to collect it, and he was in a meeting.

“The school said bring in £5 for a new planner and she can come out. It’s ridiculous, having to pay a ransom to get your daughter out of ‘prison’ just because she forgot her planner for the first time ever,” the headteacher says. Later, the issue was resolved and the school is now reviewing its isolation policy.

Paul Dix, a behaviour consultant, says every day children are being sent to isolation for trivial things – but it doesn’t have to be like that. “There are schools that have calm classrooms without recourse to these ridiculous Victorian punishments. They work with their children and get to know and understand them.”

Yet the zero-tolerance approach, more recently dubbed “warm strict”, is being promoted by schools praised by the government for their performance. Mark Lehain, founder and former headteacher of the Bedford free school, says he used isolation booths, but children were being isolated “from other pupils, not from mankind”.

‘We batter them with kindness’: schools that reject super-strict values

“They were next to the room where the pastoral leaders are based so they could work with them and keep an eye on them,” he says. “Teachers are free to teach and children to learn and we can work with the smaller group of children to sort out their behaviour. The campaigners against the booths are largely driven by [Jean Jacques] Rousseau’s ideology that all children are fundamentally good and if they misbehave, then they have an unmet need. But that is not how children are,” he says.

“The ban the booth campaign is another front for the progressive approach to education, which feels it is losing ground. Not only are they wrong but their views are unpopular, because when you talk to parents, students and teachers, they want safe, orderly classrooms.”

Tom Bennett, the government-appointed behaviour tsar for England, says “removal rooms” are a common feature in schools so children can learn in safe, calm environments. “They aren’t isolation rooms – I’ve never seen a school leave a child unattended. They’re supervised, and more often than not, accompanied by other students. So claims that these are isolation spaces is nonsense. These are safe spaces, run by adults,” he says.

However, headteachers such as Simon Flowers, of Carr Manor Community school in Leeds, take an alternative approach, working with children to help them recognise and understand their feelings and make the right decisions. His school, for pupils aged 4-19, has a high proportion of children with additional needs and challenging behaviour but hasn’t permanently excluded a pupil for 15 years.

“We don’t take the quick way out. We don’t have a punitive system with isolation rooms, we resolve things and the children leave us rounded, engaged and self-regulated. If something happens we pull together. Adults model the behaviour that shapes children, they don’t try to control them with laminated sheets of rules and punishments,” he says.

Proponents of zero tolerance need to think beyond the school walls, Flowers says. “If I exclude the child who brings a knife into school, I have lost any impact on that child and they can be walking into a shop with the knife, down the street or on to a bus with it.”

Children’s names have been changed