Mr. Woodward reveals that President Trump sought to play down the severity of the coronavirus and repeatedly denigrated the U.S. military. 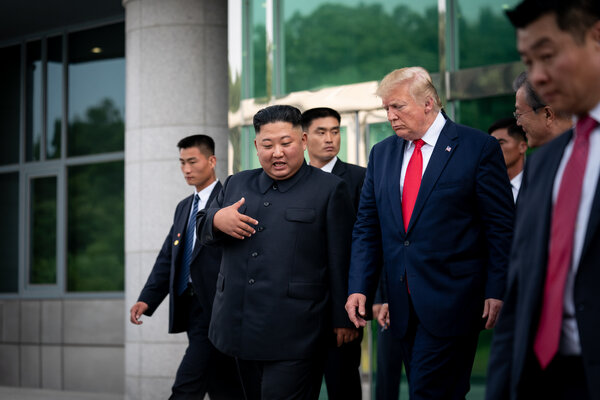 “This is deadly stuff,” President Trump said of the coronavirus in a Feb. 7 interview with the journalist Bob Woodward for his upcoming book, “Rage.” But it was a vastly different story than he was telling the public at the time. Mr. Trump would later admit to Mr. Woodward that publicly, he “wanted to always” play down the severity of the virus.

Mr. Woodward conducted 18 interviews with the president for the book, which goes on sale next week. Mr. Trump also granted Mr. Woodward access to top officials inside the White House, revealing the inner workings of the president and his administration.

Mr. Trump minimized the risks of the coronavirus to the American public early in the year.

“I wanted to always play it down,” Mr. Trump told Mr. Woodward on March 19. “I still like playing it down, because I don’t want to create a panic.”

And while he was saying publicly that children were “almost immune” to the virus, he told Mr. Woodward in March: “Just today and yesterday, some startling facts came out. It’s not just old, older. Young people too — plenty of young people.”