WILMINGTON, Del. (Reuters) – Joe Biden accepted the Democratic Party nomination for the White House on Thursday, vowing to heal a United States battered by a deadly pandemic and divided by four years of Donald Trump’s presidency. 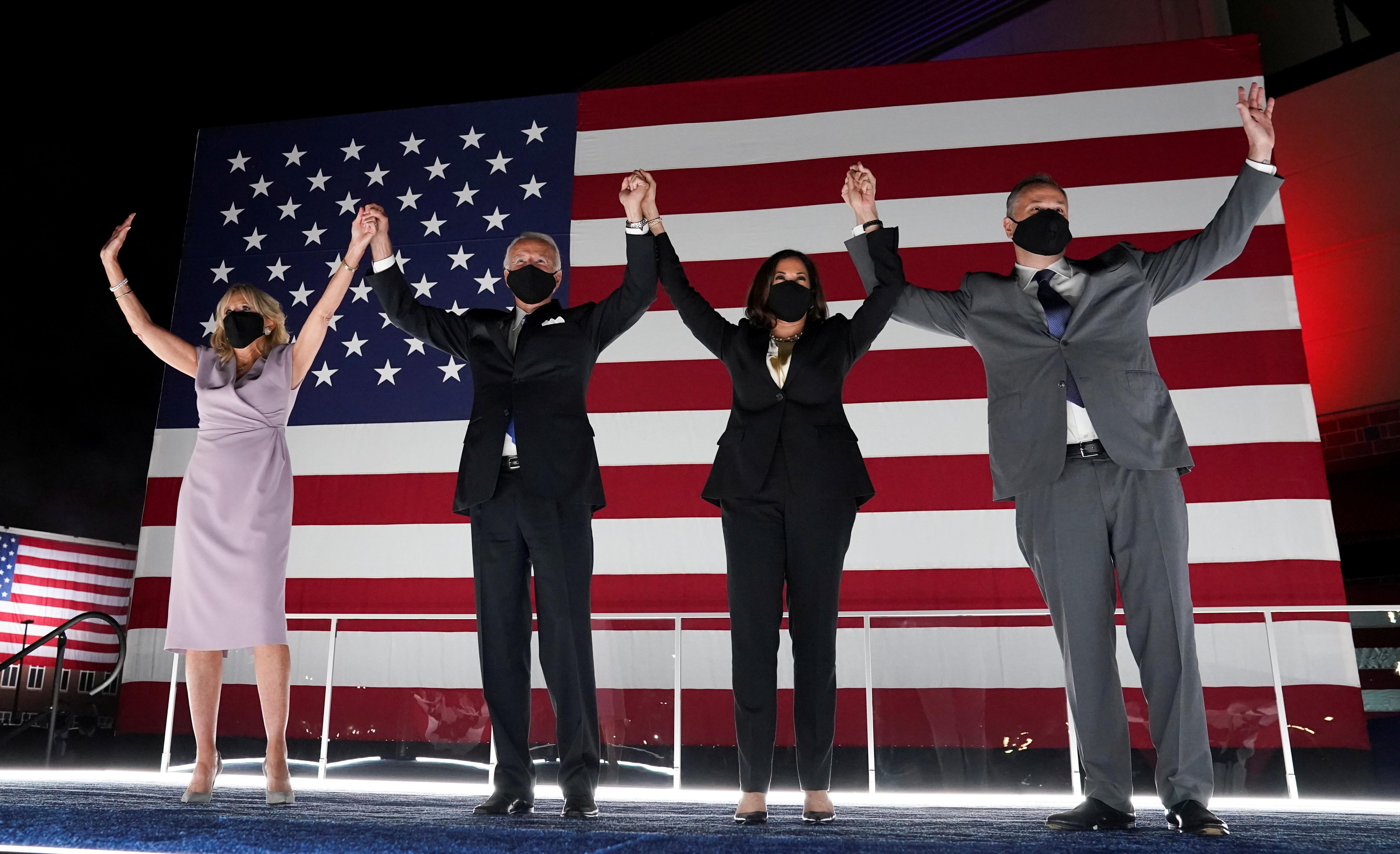 “The current president has cloaked America in darkness for much too long. Too much anger. Too much fear. Too much division,” Biden said. “Here and now, I give you my word: if you entrust me with the presidency, I’ll draw on the best of us, not the worst.”

Biden’s speech – the capstone of nearly five decades in politics – was delivered inside a largely empty arena in his hometown of Wilmington, Delaware, at the conclusion of a Democratic convention held virtually because of the coronavirus pandemic that has killed more than 170,000 Americans.

Describing the current moment as one of the most difficult times the country has ever faced, Biden offered himself as a uniter who would work “just as hard” for those who do not support him – drawing a stark contrast with the Republican Trump, who has kept the focus on his base of voters.

“While I’ll be a Democratic candidate, I’ll be an American president,” said Biden, who faces Trump in the Nov. 3 election. “That’s the job of a president. To represent all of us, not just our base or our party. This is not a partisan moment. This must be an American moment. It’s a moment that calls for hope, and light, and love.”

Democrats used the convention to highlight the broad coalition working to oust Trump, showcasing liberals and moderates, elder statesmen and rising stars – and even some high-profile Republicans, who urged their fellow conservatives to place patriotism above party.

The event also put the Democrats’ diversity on display, particularly the nomination of Senator Kamala Harris, the first Black woman and Asian American on a major-party ticket.

While Democrats laid out plenty of areas in which Biden would pursue dramatically different policies than Trump, including immigration, climate change and gun safety, much of Thursday was devoted to themes such as integrity and faith.

The program also emphasized Biden’s personal experience with tragedy – his first wife’s and infant daughter’s deaths in a car accident, and the death of his son Beau from cancer – to underscore his ability to empathize with suffering Americans. Critics accuse Trump, whose instincts are more combative than comforting, of failing to offer solace at a time of crisis.

Biden spoke directly to those who had lost someone to the pandemic and offered a withering assessment of Trump’s response to the months-old health crisis.

“Our current president has failed in his most basic duty to the nation: he’s failed to protect us,” Biden said.

Trump responded on Twitter, writing: “In 47 years, Joe did none of the things of which he now speaks. He will never change, just words!”

After months of unrest over racial inequality following the police killing of George Floyd, a Black man in Minneapolis, Biden urged the country to address systemic discrimination.

“Will we be the generation that finally wipes out the stain of racism from our national character?” he asked. “I believe we’re up to it. I believe we’re ready.”

After Biden spoke, he joined Harris and their spouses outside the arena, where they watched a fireworks display with cheering supporters who had viewed the speech on a drive-in screen – his first appearance in front of an in-person crowd of voters in months.

Earlier on Thursday, several Democrats who challenged Biden for the nomination, including U.S. Senators Bernie Sanders and Elizabeth Warren and billionaire Michael Bloomberg, pressed the case for Biden, a former vice president.

Bloomberg said Trump had failed both as a businessman and as a president.

“And let me tell you a little secret. Donald Trump’s economic plan was to give a huge tax cut to guys like me, who didn’t need it. And then lie about it to everyone else,” he said.

As they have throughout the week, Democrats emphasized the importance of voting amid the pandemic. Trump’s repeated, unsubstantiated claims that mail-in ballots are rife with fraud, coupled with cuts to the U.S. Postal Service, have fueled fears that some voters may be disenfranchised.

“All elections are important, but we know in our bones this one is more consequential,” Biden said. “This is a life-changing election. This will determine what America is going to look like for a long, long time … Who we are as a nation, what we stand for – most importantly, who we want to be – that’s all on the ballot.”

The program offered some light-hearted moments from its moderator, Julia Louis-Dreyfus, who portrayed a U.S. vice president in the comedy television show “Veep,” and took some digs at both Trump and Vice President Mike Pence.

After a four-night virtual convention unlike any other in history, Biden aides and top Democrats voiced a sense of relief that the party had been able to pull off a production with only minor hiccups and a few ruffled feathers over speaker lineups. 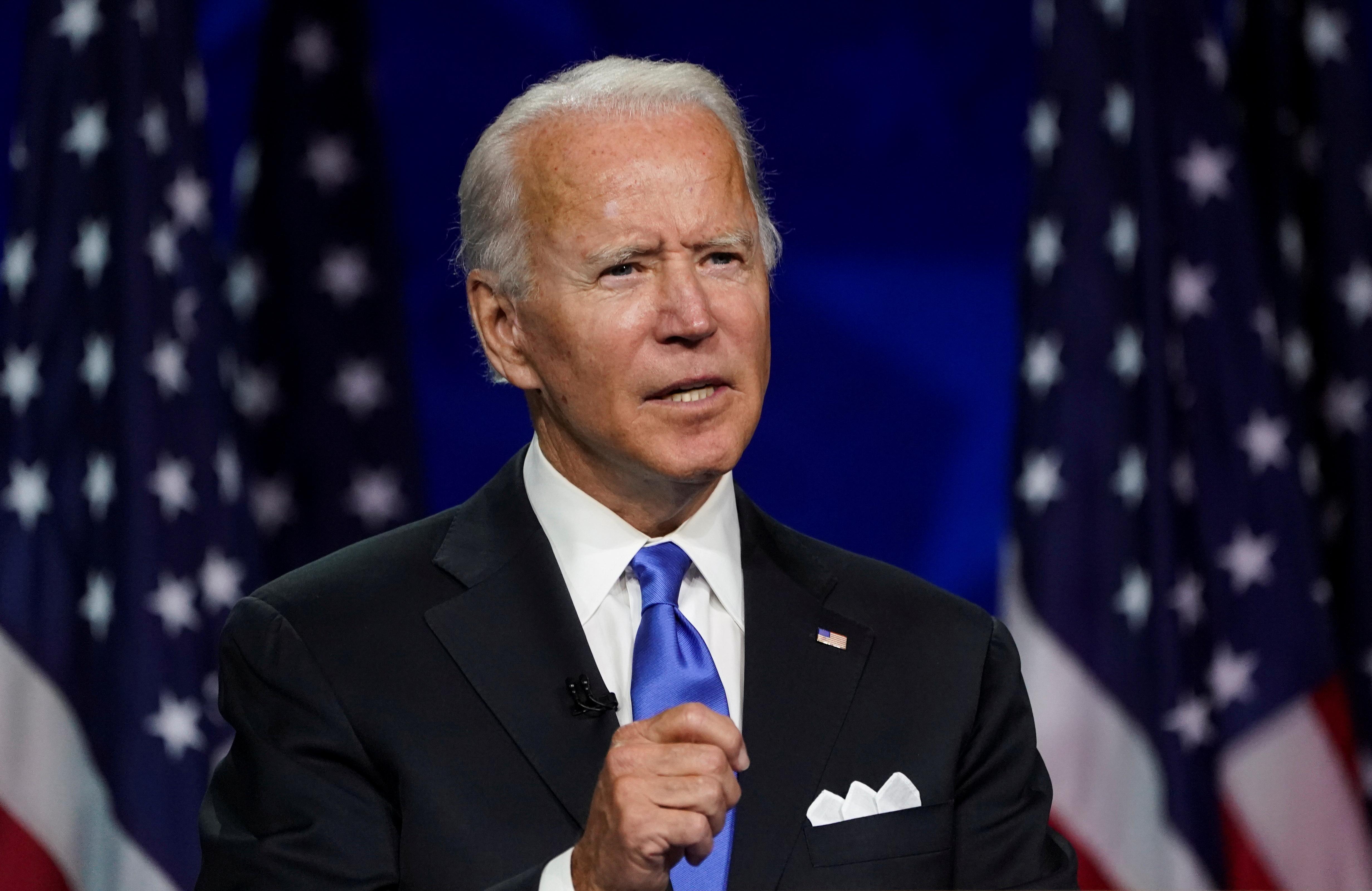 Biden’s speech and other major speeches were largely seen as a success after several uneven performances earlier in his campaign. But aides acknowledged it remained to be seen whether the event motivated volunteers or reached potential converts as effectively as a normal convention.

Biden, 77, heads into the general election campaign leading in opinion polls over Trump, 74, who will accept the Republican nomination for a second White House term at his own convention next week.

Trump has campaigned across the country to offer counter-programming to the Democrats, a break with tradition in which candidates limit their activities during their opponents’ conventions. His party’s convention is next week.

Related News:
Business News:
Asian investors anticipate modest rise in markets after mixed day on Wall Street
Equities hover near record highs as stimulus hopes build
Royal Bank, National Bank of Canada profit beat estimates on lower than expected provisions
DBS, Standard Chartered to cut interest rates further on savings accounts
Amazon workers in Germany to go on strike on 'Black Friday'
Recent Posts
This website uses cookies to improve your user experience and to provide you with advertisements that are relevant to your interests. By continuing to browse the site you are agreeing to our use of cookies.Ok