Dominic Cummings says Matt Hancock ‘should have been fired’

The former chief adviser to the Prime Minister delivered a damning verdict of the Government’s handling of the coronavirus pandemic as he gave evidence for more than seven hours to the Commons Health and Social Care, and Science and Technology Committees. Mr Cummings launched a scathing attack on a number of key decision makers and branded the Prime Minister “unfit for the job” and accused Health Secretary Matt Hancock of lying on a number occasions.

The Prime Minister’s fiancé Carrie Symonds also did not escape the wrath of Mr Cummings who also took aim at the process experts used to tackle the virus. 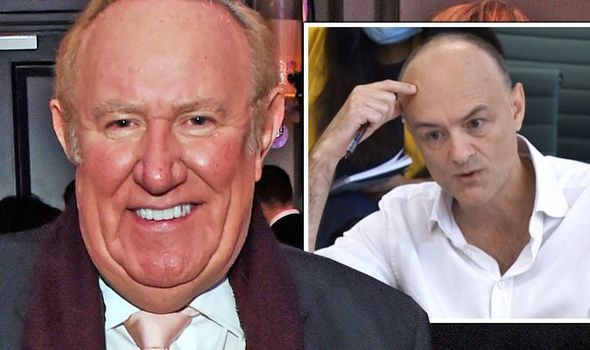 He added: “I should have added Cummings himself. But Chancellor Sunak and Larry the Cat aren’t even scratched.”

In his evidence, Mr Cummings apologised to the public and said ministers, officials and advisers had fallen “disastrously short” of the standards they should expect in a crisis.

He claimed the Prime Minister was not a “fit and proper person” to get the UK through the pandemic.

Mr Cummings also claimed Mr Johnson dismissed the pandemic as a “scare story” at the beginning of 2020 and then had to be persuaded to lockdown in March.

Mr Cummings said: “The Prime Minister knew I blamed him for the whole situation and I did.

“By October 31 our relations were essentially already finished, the fact that his girlfriend also wanted rid of me was relevant but not the heart of the problem.

“The heart of the problem was fundamentally I regarded him as unfit for the job and I was trying to create a structure around him to try and stop what I thought were extremely bad decisions and push other things through against his wishes.

“He had the view that he was Prime Minister and I should just be doing what he wanted me to.”

The Prime Minister’s former top aide also gave insight into the workings of Number 10 prior to the first lockdown in March.

He described Downing Street as a “scene from Independence Day” and claimed the Prime Minister’s fiancée was going “completely crackers” over media of her dog Dilyn.