Appearing in front of MPs today, Richard Sharp said he believed the programme had more Remainers than Brexiteers as panellists in the lead up the UK leaving the EU. The flagship politics debate programme airs every Thursday night and gives the public the opportunity to put their questions directly to politicians and high profile public figures.

Mr Sharp said: “I believe there were some occasions when the Brexit representation was unbalanced.

“So if you ask me if I think Question Time seemed to have more Remainers than Brexiteers, the answer is yes.”

However, Mr Sharp, who was being interrogated by the Digital, Culture, Media and Sport select committee ahead of his expected appointment to oversee the national broadcaster, said he thought the BBC’s overage as a whole was balanced and fair.

He said: “In terms of the breadth of the coverage, I thought it was incredibly balanced, in an extremely toxic environment that was extremely polarised.” 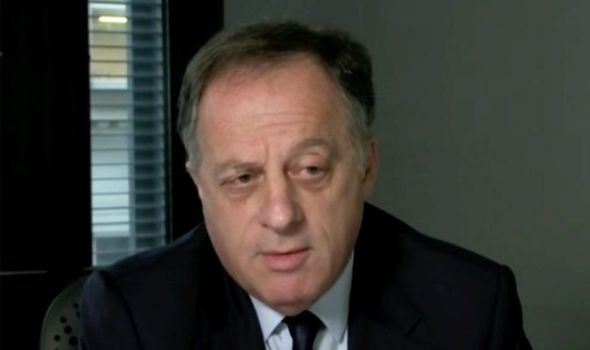 Mr Sharp, who was once Chancellor Rishi Sunak’s boss before he entered politics, will take over from Sir David Clementi in the middle of next month if his appointment is confirmed.

The £160,000-a-year role is not involved in the day to day running of the BBC but is responsible for leading the corporation’s Board and ensuring they effectively meet their obligations under the Royal Charter Agreement that sets out the broadcaster’s responsibilities.

Mr Sharp is not thought to be a member of a political party but has previously donated to the Conservative party.

He also sat on Boris Johnson’s economic advisory board when the Prime Minister was Mayor of London.

Mr Sharp has a reputation for being a Brexiteer, although he refused to be drawn on his beliefs about the EU when giving evidence to MPs.