TV Licensing inspectors are targeting unlicensed homes again after they stopped in March due to the COVID-19 pandemic. The corporation has sent letters to people during the COVID-19 pandemic threatening taxpayers with a knock at the door by one of their enforcement officers.

One letter issued by the Corporation, seen by Express.co.uk, is being sent to addresses across the UK with a red box telling them they are breaking the law.

The letter, sent to one address makes clear that users could be breaking the law: “Warning, You are in breach of the Communications Act 2003.

“You should expect a visit from Enforcement Officers.”

It comes as BBC data revealed £12,865 was spent on first-class rail travel for top BBC executives in the 2019-20 financial year. 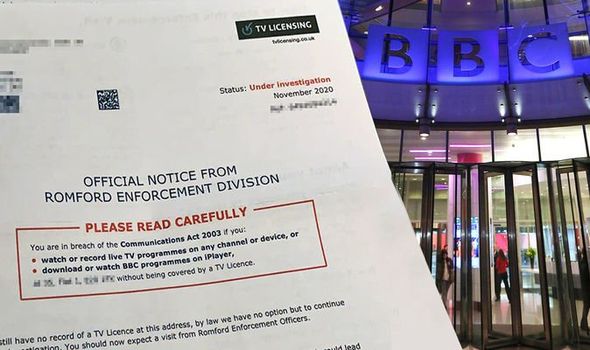 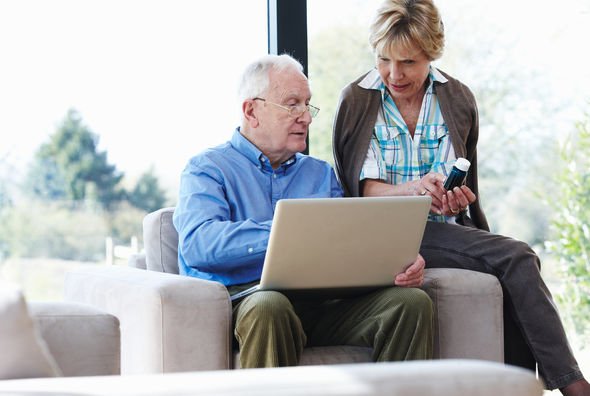 As well as this, the corporation paid out £26.6million to 310 employees between April and November, enough to cover the licence fee for 168,000 pensioners.

The average voluntary redundancy payout is £100,661, say new figures, as the corporation insists it is slashing costs.

However, critics branded it an “egregious waste of licence fee money” and branded the move to restart enforcement visits as bullying.

John O’Connell, chief executive of the TaxPayers’ Alliance, told Express.co.uk: “Now is not the time for BBC bully-boys to be busting down peoples’ doors.

“Beeb bosses could find some cash by forgoing their first-class travel or cutting back on the wasteful spending which is endemic across the organisation. 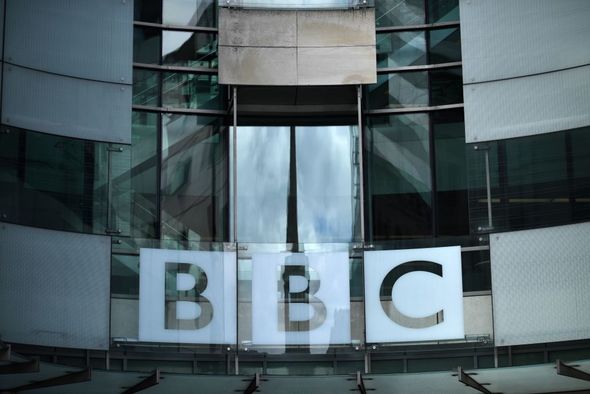 “Heavy-handed enforcement like this shows why the criminal licence fee simply has to go, and the BBC has to join the 21st century by axing the TV tax.”

Dennis Reed, director of the Silver Voices Campaign Group, said: “It’s most inappropriate for the BBC to be sending out enforcement officers during the November lockdown.

“The BBC doesn’t seem to be changing their practices despite the ongoing Coronavirus pandemic which is causing other businesses to change such working practices.

“We urge the BBC to call off it’s enforcement hounds until such time the pandemic restrictions are lifted.” 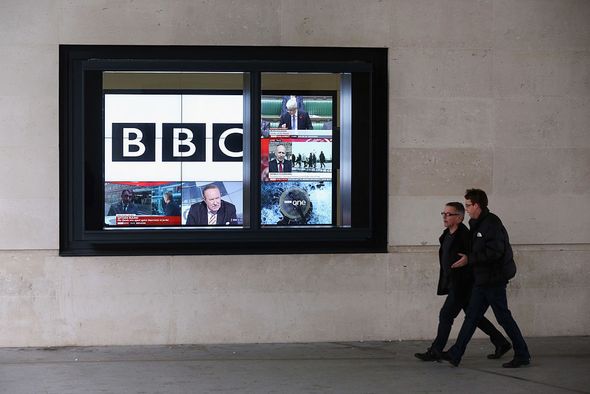 Mr Reed claimed one of his members in her early 70s was “doorstepped” by an enforcement officer without social distancing during the November lockdown.

He stressed the behaviour was “threatening” and “totally unacceptable”.

One Northern Ireland politician has led calls for discounts or suspension of licence bills for those struggling financially during COVID-19 including the self-employed and those on furlough.

Gerry Carroll, a People Before Profit MLA in the Northern Ireland Assembly, said: “I would hazard a guess that the issue of a TV licence was not high on the agenda of many people in this, a year of a global pandemic, especially as issues around furlough, job losses and others were aplenty.”

Mr Carroll also urged prosecutions of anyone who is caught not having a TV licence to be paused amid the COVID-19 crisis.

He continued: “I would urge that these individuals are exempt from paying these fines and a fairer system is put in place which ensures those who have more pay, rather than a blanket rate of a TV licence for all, helping those on low incomes and low paid workers.”

A TV Licencing spokesperson said: “In line with Government guidance, we resumed visits at the start of August, after introducing a number of strict safety measures.

“It is mandatory visiting officers wear face coverings, maintain a two-metre distance at all times and they do not enter people’s homes.

“The interview determines whether further action is to be taken, however, the preference is always that customers pay for a licence rather than be prosecuted.”

It comes as plans to decriminalise non-payments of the mandatory TV licence were shelved amid Downing Street chaos as BBC critic Dominic Cummings resigned last month.