Home » Politics » Biden Has a Peloton Bike. That Raises Issues at the White House.

Biden Has a Peloton Bike. That Raises Issues at the White House.

It doesn’t exactly comport with his “regular Joe from Scranton” persona, but beyond the politics of it, the bike could present cybersecurity risks. 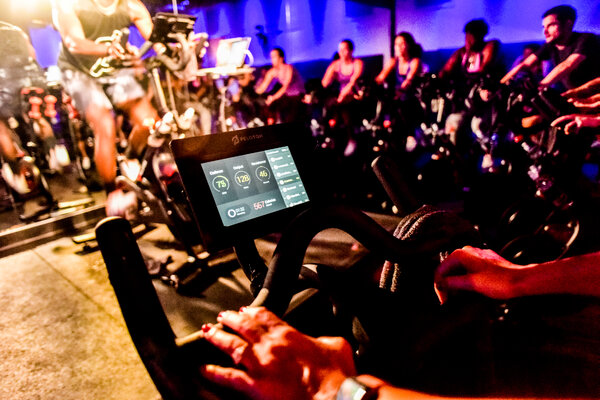 But Mr. Biden’s personal weight-control and exercise regimen will face a different kind of burning question: Can he bring his Peloton bike with him?

The answer, cybersecurity experts say, is yes. Sort of. But more on that later.

A Peloton, for the uninitiated, is part indoor stationary bike, part social media network. The bikes are expensive — upward of $2,500 apiece — and have tablets attached, enabling riders to livestream or take on-demand classes and communicate with one another. Each rider has a “leader board name,” a unique identifier posted on the screen alongside “output,” a measure of how hard the rider is working.

When Mr. Biden was cloistered during the coronavirus surge this spring, The New York Times reported that he began each day “with a workout in an upstairs gym that contains a Peloton bike, weights and a treadmill.” The Biden team did not respond to requests for comment, but a person close to the president-elect said that Mr. Biden and his wife, Jill Biden, engage in regular morning negotiations over who gets to ride first.

But the Peloton tablets have built-in cameras and microphones that allow users to see and hear one another if they choose, and for Mr. Biden, therein lies the rub. The last thing the C.I.A. wants is the Russians and the Chinese peering or listening into the White House gymnasium. Last week, Popular Mechanics warned about the security risk under the headline “Why Joe Biden Can’t Bring His Peloton to the White House.”

The article prompted an explosion of chatter in Peloton world, but really, cybersecurity experts say, if Mr. Biden wants his bike, he can surely have it, though it might bear little resemblance to the off-the-assembly-line version after the Secret Service and the National Security Agency are finished with it. (There have been news reports that Michelle Obama has a modified Peloton, but her spokeswoman would not confirm them.)

Mr. Biden would not be the first occupant of the White House whose desire for electronics clashed with the cybersecurity needs of being president. President Trump flouted White House security protocols by calling old friends on his iPhone. President Barack Obama insisted on bringing his BlackBerry (remember BlackBerries?) to the White House, and later wanted to use an iPad, to much opprobrium at the time. Security experts found a way to make it happen.

“Presidential security is always about balancing presidential needs and desires and the relative security risk of any single thing,” said Garrett Graff, the director of the cybersecurity initiative at the Aspen Institute, a research organization. “The threat is real, but it is presumably a manageable risk given enough thought and preparation.”

When Mr. Obama insisted on his iPad, it set a trend.

“All of a sudden I would go into Roosevelt Room meetings and people were taking notes on their iPads,” said Jamie Smith, who was Mr. Obama’s deputy press secretary from 2011 to 2014 and previously ran communications for the Office of the Director of National Intelligence. “Slowly but surely, they were getting clearance.”

Peloton was popular before the pandemic with a wealthy subset of home exercisers, but with the quarantine, it has become something of a phenomenon in a certain socioeconomic bracket. There are Peloton message boards (“Joe Biden has a Peloton,” Peloton Forum reported this week), and the company’s celebrity instructors have huge followings on Facebook and Instagram.

But Peloton does not exactly comport with Mr. Biden’s “regular guy from Scranton” political persona. The company was widely mocked before the pandemic for an advertisement in which an already trim young woman went into a panic about not fulfilling her husband’s body expectations after he gave her a Peloton for Christmas. Its ads featuring stationary bikes in lavish settings are the butt of class-conscious social media jokes.

The company, which did not respond to a request for comment, has also been accused of catering too much to white people. In an opinion piece for NBC News in May, the writer David Kaufman, who is Black, said Peloton needs “a racial rethink,” adding, “My most segregated hours feel like the hours I spend each week on my Peloton.”

Peloton lovers are undeterred and convinced that Mr. Biden would never part with his bike.

“Nobody who’s committed to Peloton would move and not take their Peloton with them,” said Larry Appel, a retired executive in Greensboro, N.C.

To make the bike White House friendly, the camera and the microphone in the tablet would have to be removed, said Richard H. Ledgett Jr., a former deputy director of the National Security Agency. He would advise Mr. Biden to pick a nondescript user name and change it every month, and keep the bike far from any place where there might be sensitive conversations.

“If he’s the kind of guy who pedals and talks to people, that could be problematic,” said Mr. Ledgett, who confesses to being “a Peloton user myself.”

Being president is stressful, and most in recent years have had exercise routines. Bill Clinton jogged. George W. Bush ran until his knees gave out, and then turned to other forms of exercise, including mountain-biking at his ranch in Crawford, Texas. Mr. Obama played basketball. Mr. Trump sticks to golf.

For Mr. Biden, who at 78 will be the oldest person to be sworn in as president, riding a Peloton makes good political sense, even if it clashes with Working Class Joe. Mr. Trump spent much of last year’s campaign trying to persuade Americans that Mr. Biden is feeble — an argument Mr. Biden dispensed with when a Fox News clip of him riding his bike through the streets of Delaware went viral.

“I wasn’t really thinking of him as an energetic young guy, but the fact that he rides his Peloton for exercise means to me that he has more energy than I thought he did,” said Jennifer Loukissas, a federal employee who rides her Peloton at home in Kensington, Md.

Ms. Loukissas said she had spent some time trying to discern Mr. Biden’s Peloton leader board name. “I looked up all of the Joe Scrantons I could think of,” she said, in a reference to Mr. Biden’s birthplace. “None of them seemed to match up.”

Others, like Dr. Steven Braverman, who runs the Department of Veterans Affairs health care system in greater Los Angeles, entertain what they know will be unfulfilled fantasies about hopping on the bike one day and stumbling on the leader of the free world.

“It would be kind of cool,” he said, “to give the president a high five on the leader board.”