President Biden said he stood “squarely behind” the decision to withdraw U.S. forces from Afghanistan despite a Taliban takeover of the country, and the collapse of the Afghan government and military.

We went to Afghanistan almost 20 years ago with clear goals: Get those who attacked us on Sept. 11, 2001, and make sure Al Qaeda could not use Afghanistan as a base from which to attack us again. We did that. We severely degraded Al Qaeda in Afghanistan. We never gave up the hunt for Osama bin Laden, and we got him. That was a decade ago. Our mission in Afghanistan was never supposed to have been nation-building. When I came into office, I inherited a deal that President Trump negotiated with the Taliban. Under his agreement, U.S. forces would be out of Afghanistan by May 1, 2021. The choice I had to make as your president was either to follow through on that agreement or be prepared to go back to fighting the Taliban in the middle of the spring fighting season. It was only a cold reality of either following through on the agreement to withdraw our forces or escalating the conflict, and sending thousands more American troops back into combat in Afghanistan, lurching into the third decade of conflict. I stand squarely behind my decision. After 20 years, I’ve learned the hard way that there was never a good time to withdraw U.S. forces. This did unfold more quickly than we had anticipated. So what’s happened? Afghanistan political leaders gave up and fled the country. The Afghan military collapsed, sometimes without trying to fight. If anything, the developments of the past week reinforce that ending U.S. military involvement in Afghanistan now was the right decision. American troops cannot and should not be fighting in a war and dying in a war that Afghan forces are not willing to fight for themselves. 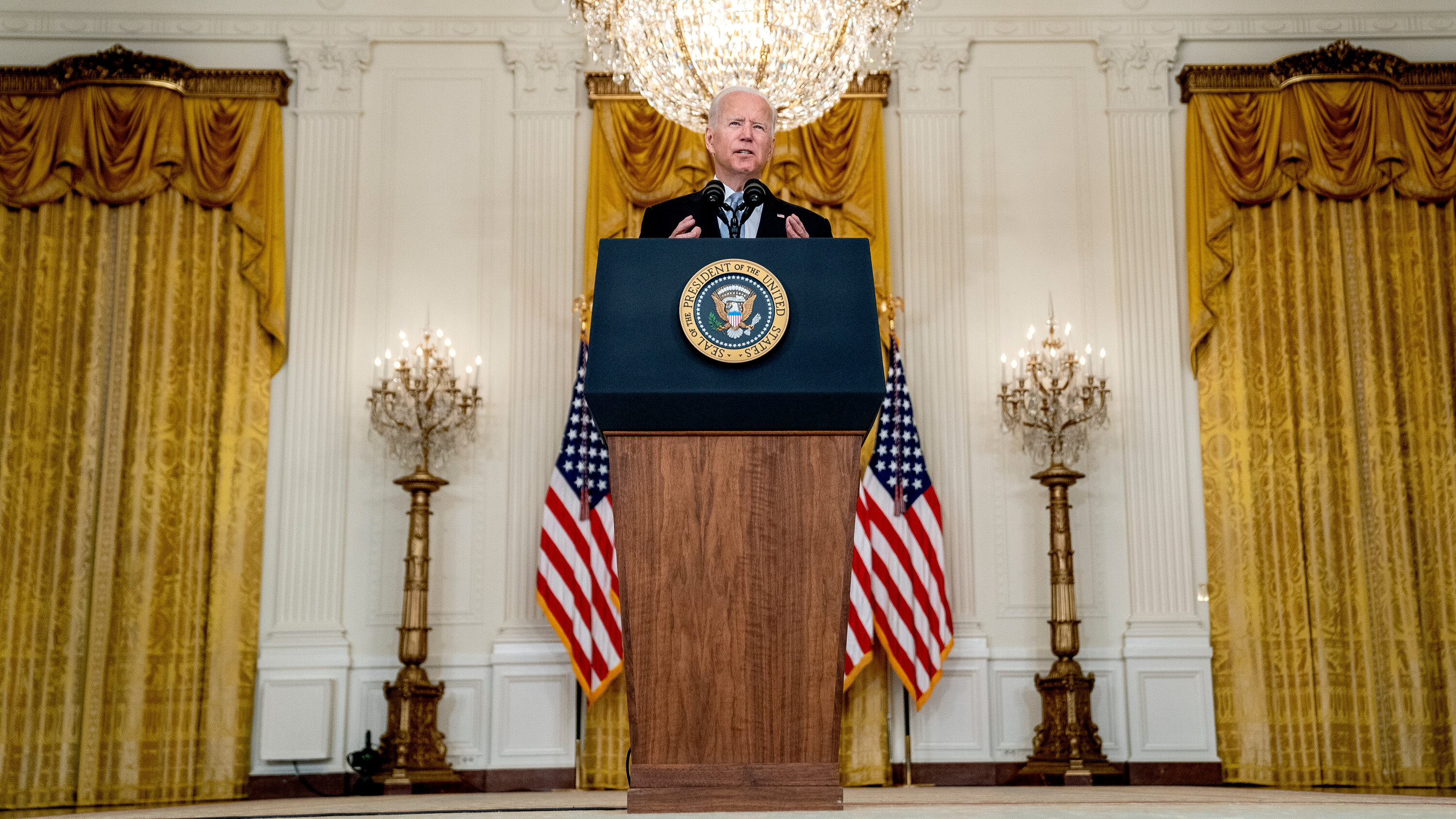 WASHINGTON — President Biden offered a defiant defense on Monday of his decision to withdraw troops from Afghanistan, blaming the swift collapse of the Afghan government and chaotic scenes at the Kabul airport on the refusal of the country’s military to stand and fight in the face of the Taliban advance.

Speaking to the American people from the East Room after returning briefly to the White House from Camp David, Mr. Biden said he had no regrets about his decision to end the longest war in United States history. But he lamented that two decades of support failed to turn the Afghan military into a force capable of securing its own country.

“We gave them every tool they could need. We paid their salaries. Provided for the maintenance of their airplanes,” Mr. Biden said. “We gave them every chance to determine their own future. What we could not provide was the will to fight for that future.”

Mr. Biden acknowledged that the Taliban victory had come much faster than the United States had expected and that the withdrawal was “hard and messy.” As the fourth president to preside over the war in Afghanistan, though, he said that “the buck stops with me.”

“I stand squarely behind my decision,” he said, adding that he would not “shrink from my share of responsibility for where we are today.”

He directed a question to critics of the withdrawal, asking, “How many more generations of America’s daughters and sons would you have me send to fight Afghans — Afghanistan’s civil war, when Afghan troops will not?”

Mr. Biden spoke after dramatic images showed a frantic scramble to evacuate the American Embassy in Kabul as Taliban fighters advanced, drawing grim comparisons to America’s defeated retreat from Saigon at the end of the Vietnam War. Footage of people clinging to a hulking U.S. military transport, even as it left the ground, quickly circulated around the world.

But in his speech, Mr. Biden spent far more time defending his decision to depart from Afghanistan than the chaotic way it was carried out. 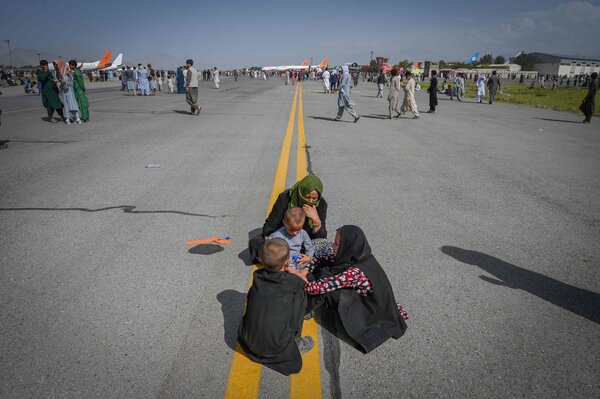 The Taliban cemented their control of Afghanistan on Monday, with scenes of handoffs to insurgent fighters playing out across the country and reports that the Taliban were searching for people they considered collaborators of the Americans and the fallen government.