Boris Johnson made a jab at London Mayor Sadiq Khan during the live coronavirus briefing after a question on living standards in London. Dan Hewitt of ITV questioned what the Prime Minister was doing about sub-standard living conditions in London after experts revealed “some of the worst living standards ever seen’ for social housing was in Croyden. The Prime Minister remarked that he had done great works during his time as mayor and the Government remained determined on social housing.

He insisted that Sadiq Khan should do a better job and address the issue as he is the London Mayor.

“Experts have said that these are the worst they have ever seen.

“This poses serious questions for the landlord, Croyden and council. 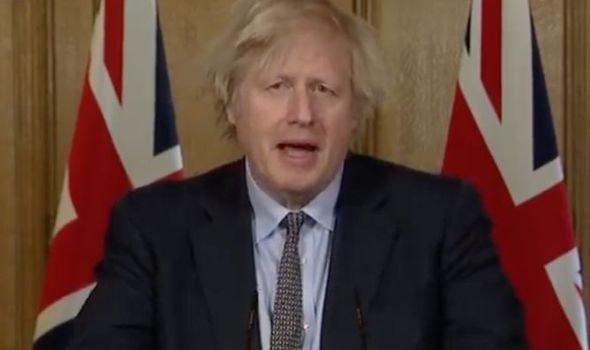 “We know that just under a million people in England are living in sub-standard social housing.

“What have you done as Prime Minister to help people living in poor social housing conditions?”

Mr Johnson reflected on some of his previous schemes and the importance of Mr Khan addressing the issue now.

The Prime Minister replied: “On Croydon, I believe it is currently controlled by the Labour Party.

Sadiq Khan: Caller says she has 'no confidence' in him as Mayor

“I remember when I was Mayor of Croydon and everywhere else in London, building huge quantities of social housing and encouraging the development of all kinds in Croydon.

“What we have got to do as a country is work together to build back better from the pandemic.