Boris building ‘union taskforce’ to save Scotland from independence

Expected to be launched in coming weeks, the taskforce would consist of Conservative MPs from England, Wales and Scotland. Reporting to Downing Street, it would then help create policy ideas and plans to make a positive case for Scotland remaining part of the UK. Mr Johnson, who last year added “minister for the Union” to his title, is said to be well aware that losing Scotland would define him as a PM.

Previous attempts to defend the Union have focused on finance or “project fear”, but along with Scottish Tories, the PM is keen to make the emotional case for staying as well.

This will also not just be made in Scotland, but also to those in England and Wales.

The plans will also see some of Downing Street’s new televised press briefings with press secretary Allegra Stratton broadcast from the devolved nations.

Members of the team have not been decided, but it is expected to be linked to the new Conservative party policy board led by MP Neil O’Brien. 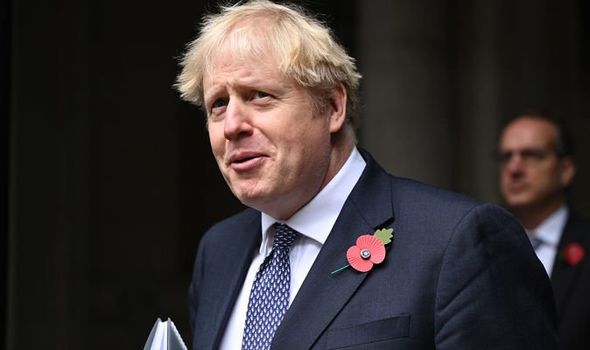 It follows the exit of No.10 advisers Lee Cain and Dominic Cummings, with the latter said to have no interest in the UK.

Ms Stratton said yesterday (Wed): “We want to get into decision making a broad mix of voices. The key thing now is that we’re keen to take on different points of views so our position can be effective as it can be.”

It comes just days after Mr Johnson sparked a furious row when he said devolution was a “disaster”.

He came under further fire from the SNP’s Ian Blackford during Prime Minister’s Questions, who accused the PM of being the “biggest threat” to devolution.

But Mr Johnson hit back, saying: “What the UK does as a whole is far, far bigger, better and more important than what we can do as individual nations and regions.

“I think, actually, when you look at the way the UK has pulled together during this pandemic, the way the armed services have worked to get testing throughout the whole of the UK, the way that the furlough scheme has been deployed across the UK.

“The billions and billions that have been found to help people across the whole of the UK, businesses in Scotland, in Wales, in Northern Ireland, in England, I think that the UK has shown its value and will continue to show its value.”