Ian Blackford told Sky News that the Scottish Conservative Party’s Holyrood election campaign was about stopping the SNP and the Scottish independence movement. Adam Boulton pointed to some initial results from the Scottish Parliamentary election showing a swing to the Tories.

Mr Boulton said: “Nationwide it does look as though Boris Johnson is going to say there has been a strong endorsement of his Conservative Government.

“That will presumably involve him resisting any calls for a second independence referendum.”

Mr Blackford replied: “I don’t think we are going to see a commitment to the people of Scotland from Boris Johnson and his Government.

“They have not won an election in Scotland since 1955 and I don’t think anybody expects them to win this one. 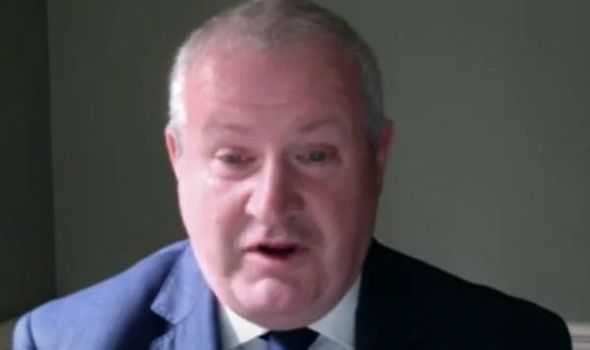 “They have made it very clear their campaign was about stopping the SNP, let’s wait and see what happens.

“I hope that there is a very strong message from the people of Scotland that they want to have a say in their future.

“This is about democracy, who has that right to determine our future, is it Boris Johnson in London or is it the people of Scotland?

“It has to be the people of Scotland. Boris Johnson has really got to respect that.”

Jackson Carlaw: SNP and Green Party coalition would be 'damaging'

The Sky News presenter added: “Well, he does have the legal authority not to grant a referendum.

“What we are seeing in Aberdeen si that there was a swing from the SNP to the Conservatives.