Home » Politics » Boris humiliated as unearthed column sees him mock Brown for clinging on: The game is up

Boris humiliated as unearthed column sees him mock Brown for clinging on: The game is up

More and more ministers are deserting Boris Johnson, and reports suggest he will resign today Brandon Lewis resigned as Northern Ireland secretary this mornning after a group of Cabinet Ministers tried and failed to get the Prime Minister to stand down last night. In fact, rather than heed their advice, Mr Johnson sacked his Levelling Up Secretary Michael Gove. A senior Number 10 source told Sky News Mr Johnson is remaining “absolutely defiant” and “does not intend to resign”, adding that the prime minister wants to “fight on”.

But it seems Mr Johnson has finally come to the realisation that his time is up.

Many in the country will see this as a bad look for Mr Johnson, not least because of what he said to Gordon Brown after the 2010 election, when the Conservative Party won under Davd Cameron.

Mr Johnson told Mr Brown that the “game is up” and hit out at him for being “holed up in Downing Street.

Writing in the Telegraph, Mr Johnson said: “The whole thing is unbelievable. As I write these words, Gordon Brown is still holed up in Downing Street.

“He is like some illegal settler in the Sinai desert, lashing himself to the radiator, or like David Brent haunting The Office in that excruciating episode when he refuses to acknowledge that he has been sacked.

“Isn’t there someone – the Queen’s Private Secretary, the nice policeman on the door of No 10 – whose job it is to tell him that the game is up?” 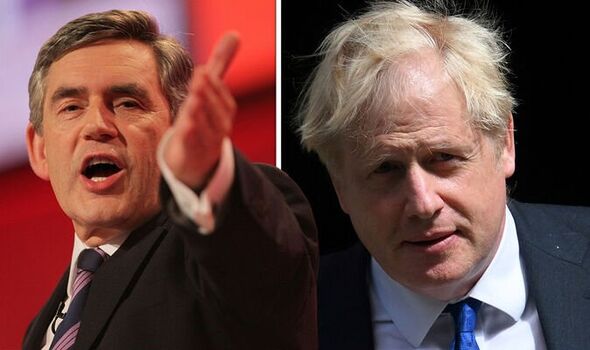 The BBC’s Chris Mason reports that Mr Johnson will announce his resignation today.

The Prime Minister spoke to Sir Graham Brady, the chair of the Conservative backbench 1922 Committee, and agreed to stand down, according to Number 10 sources.

Downing Street has issued a statement saying: “The prime minister will make a statement to the country today.”

spoke to Sir Graham Brady, the chair of the Conservative backbench 1922 Committee, and agreed to stand down