The BBC’s Adam Fleming told Andrew Marr that the Government launched its controversial new Brexit bill this week in response to the “extreme positions” that the EU had taken in talks. He made the remarks after discussing the Sunday Telegraph’s leader during the newspaper review on the BBC’s Andrew Marr Show. The newspaper’s leader urged MPs to back the Internal Market Bill, despite fierce criticism from the EU and a brewing revolt among Tory MPs.

Mr Blair and Sir John accused the Government of “embarrassing” the UK.

BBC’s Adam Fleming said: “I was surprised when I talked to people in this new Government about how much they hated the Brexit withdrawal deal and how committed they were to protecting UK sovereignty, and how unprepared they were to give any of it away.”

Marr pointed out that the Withdrawal Agreement “was a deal Boris negotiated and signed himself”. 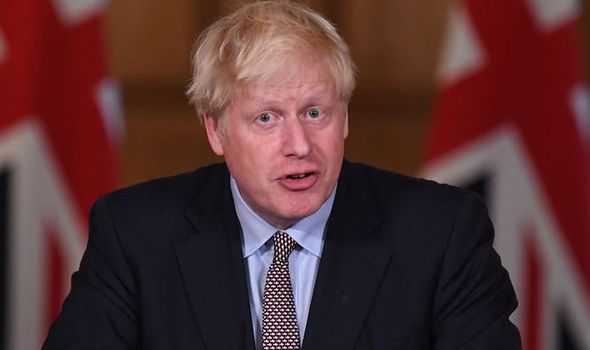 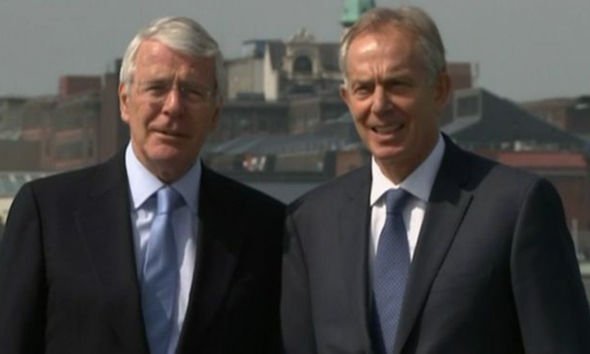 BBC’s Adam Fleming said: “This is like talking to a senior member of the Government, reading this leader in the Sunday Telegraph.

“It is laced through with regret and pointing fingers over the deal.

“They suggest it is Remainers from the last Parliament, in league with the sinister EU, who foisted a bad deal onto Boris Johnson, who is trying to rescue it now.”

Marr responded: “So, the Government thinks that after the EU signed the deal they have acted in bad faith?” 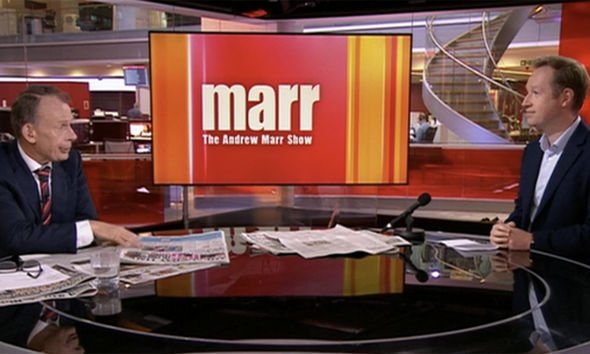 The former Brussels correspondent for the BBC said: “It is two things: It is the behaviour of the EU in the talks right now in the Joint Committee, not in the trade deal talks, which is hammering out the details of how the Northern Ireland deal will work out in the real world.

“The UK feels that the EU is taking a very extreme position there.

“But, there is also the original sin for Brexiteers with the Brexit deal to begin with.”

Marr followed this up: “Blair and Major were both very strong Remainers.

“They say they have moved on but there will be a lot of suspicion in Government that this is what it is really all about.” 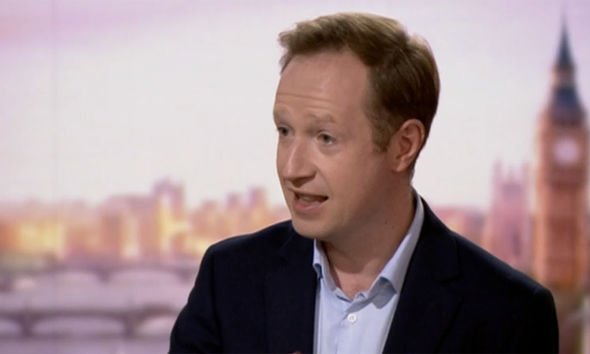 The original Telegraph article read: “Ultra-Remainers still afflicted by a hysterical determination to always see the worst in Britain, have accused the Government of turning the country into a pariah state.

“Throughout the Brexit negotiations, the EU has been motivated by a sinister determination to retain as much power as it can over the UK, in defiance of the votes of 17 million people.

“Early on, Brussels realised that the delicate issue of Northern Ireland could be used as a mechanism by which to neuter our negotiating position and undermine Brexit itself.

“European negotiators are attempting to use whatever leverage they think they possess, including the Northern Ireland Protocol, to chain the whole UK to EU rules in perpetuity.”

The Internal Market Bill will be debated in the Commons on Monday.