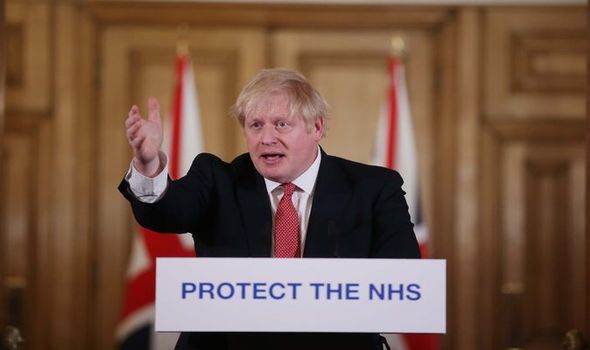 Some 93 percent of people backed the tougher restrictions announced by the Prime Minister.

It was one of the most watched events in UK history, exceeding the numbers for the 2012 Olympics opening ceremony.

And it seems the stark message struck a chord with the public.

Of the 2,788 people polled by YouGov, 76 percent said they strongly supported the lockdown, while 66 per cent also said they would find it easy to follow the new rules for the next three weeks, after which the Government will decide whether they can be relaxed.

However, the country is split over whether police have enough powers to enforce the new measures.

Officers have been given powers to fine those who do not comply.

But according to the poll, 39 percent of Brits think that is insufficient, with the same number believing the powers go far enough.