Labour would “act to stamp out the corruption that Boris Johnson and his government has polluted our democracy with” if it wins power at the next general election, the party’s deputy leader has said.

Unveiling the party’s plans to fix the “broken” system for upholding ministers’ standards, Angela Rayner said the prime minister had been “shameless” in his disregard for the rules.

Under Labour’s reforms, ex-ministers would be banned from carrying out any lobbying, consultancy or paid work relating to their old jobs for at least five years. 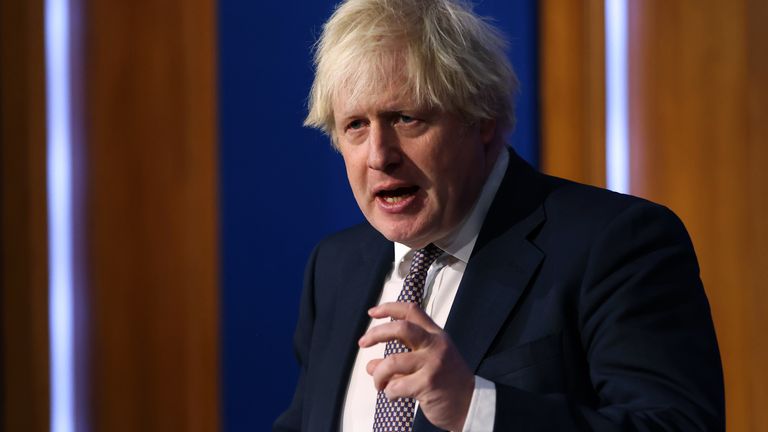 A new “integrity and ethics commission” would also have the power to hit former ministers with financial sanctions for breaking the rules.

The commission would replace the “toothless” Advisory Committee on Business Appointments (ACOBA) and the current “alphabet soup of different committees and advisers”, the party argues.

Ms Rayner says Labour will accept the findings of the new body if it wins power at the next general election.

She argued the current system needs scrapping because the prime minister can reject findings that cabinet ministers have broken the ministerial code.

This is what happened in the case of Home Secretary Priti Patel, who remained in her job despite Sir Alex Allan, the adviser on ministers’ interests, finding that she had broken the code with behaviour that amounted to bullying her staff.

“The current regime is no longer working precisely because we have a prime minister who is shameless in breaking the rules and won’t enforce consequences on others who break them,” Ms Rayner told an Institute for Government event.

“Corruption – that is the word – is happening in plain sight and it is rife right through this Conservative government.

“Why do the rules and standards matter? Because the people who are picking up the bill for this corrupt government are the taxpayers whose money ministers are wasting and abusing.

“Our democracy cannot hinge on gentleman’s agreements – it needs independent and robust protection from Conservative corruption.”

She added: “Boris Johnson’s corruption means that we must now urgently rebuild trust in our politics, in public office and in government as a force for good. That means rebuilding the regime that is not working.

“The British people deserve so much better than Boris Johnson’s corruption and failure.”

A Cabinet Office spokesman said: “The government has committed to continually reinforcing high standards of conduct in public life so the public can have trust and confidence in the operation of government at all levels.

“As we have said previously, we will carefully consider the reports by the Committee on Standards in Public Life, Nigel Boardman and others, before setting out a full update to parliament in due course.

“It’s absolutely right that we fully take account of all of the evidence and work up the best solutions before responding.”