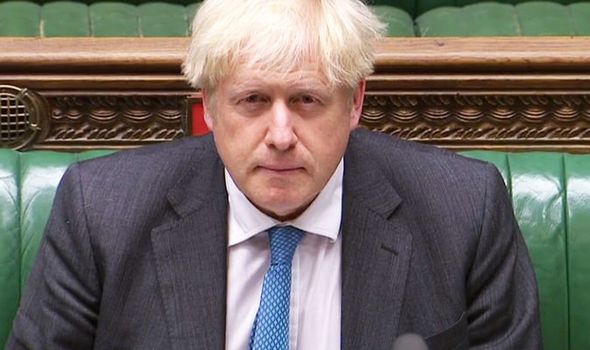 Boris Johnson has reached a deal with Tory MPs who were threatening to upend his Internal Markets Bill next week, the proposed legislation that threatens to override parts of the Withdrawal Agreement (WA) agreed with the EU. The backbenchers, who oppose the move which would see the UK breach international law, backed an amendment to the Bill which would impose a “parliamentary lock” on any changes to the Brexit divorce deal.

The amendment was proposed by Tory MP Sir Bob Neill and would allow MPs to have a final decision on its most controversial clauses, namely those that change aspects of the WA.

Dozens of backbenchers were understood to have lent their support to it.

But the Prime Minister has reached a deal with those expected to back the amendment, though the exact details of the agreement has yet to be disclosed.

The Bill is likely to include an extra layer of parliamentary oversight, to allow MPs more say over the controversial law.