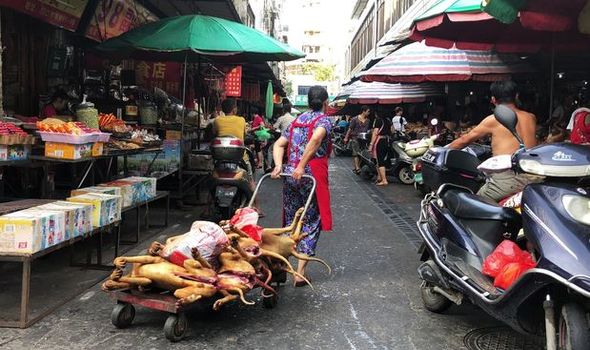 In the UK the sale of dog and cat meat is illegal but there is no ban on eating it.

Romford Conservative MP Andrew Rosindell argues that until Britain outlaws consumption of these widely-loved animals “we are in no position to tell other countries they should ban the practice”.

Humane Society International (HSI) warns that 30 million dogs a year are killed across Asia for meat.

Mr Rosindell claimed that “often these are stolen pets that are tortured before being eaten to supposedly make them taste better”.

He said: “I have been supporting the Hong Kong charity, World Dog Alliance’s campaign to ban the human consumption of dog meat in the UK… Dogs and cats should never be food and we must use our influence to encourage other nations, where dogs are butchered for their meat, to stop this horrific trade.”

Dog-lovers have welcomed recent steps in China to clamp down on dog-eating.

In April, China’s Ministry of Agricultural and Rural Affairs included dogs on a draft list of animals banned from consumption, citing their status as a “special companion animal”. 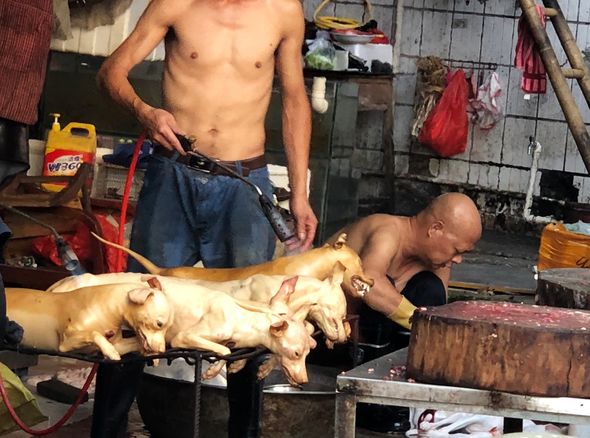 This came on the heels of Shenzhen becoming the first Chinese city to introduce a ban.

Last year HSI said China was understood to be responsible for killing “10 million of the estimated 30 million dogs and four million of the 10 million cats slaughtered each year worldwide for human consumption.”

Mr Rosindell argued that the moves in China to protect the animals showed that international pressure was effective.

He said: “Recently, when announcing a welcome ban on dog meat consumption, officials from Shenzhen justified the ban by highlighting how in many developed countries the consumption of pets such as dogs and cats is already banned. They went on to say that the new law therefore serves as the norm which strongly suggests that places such as Shenzhen take account of animal welfare laws in other nations and it demonstrates the impact that action from countries like us can have on others.”

However, when he asked if the UK Government would legislate to ban dog-eating, environment minister Victoria Prentis argued the law did not need to be changed.

She said: “The Government shares the public’s high regard for animal welfare, including the welfare of dogs and cats, and we are committed to making the UK a world leader in protection of animals now we have left the EU. The Government is appalled by the prospect of dogs and cats being consumed.

“However, it is already illegal to sell dog and cat meat for human consumption and the Government has seen no evidence that dog and cat meat is being sold or consumed in this country. We are confident that our current position sends a clear message that the slaughter and consumption of dogs and cats will never be acceptable.

“The Foreign and Commonwealth Office raises concerns about the welfare of animals with other governments at every suitable opportunity, and we are pleased to hear that authorities in China are proposing to ban the consumption of dog and cat meat.”