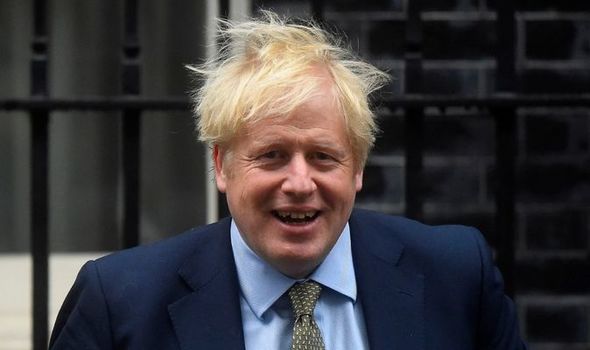 The Prime Minister’s wife Carrie, 33, gave birth to a “healthy baby girl” – their second child – yesterday at a London hospital.

Mr Johnson’s official spokesman said the Prime Minister will not take the statutory two full weeks’ paternity leave but will try to make some space in his schedule for childcare.

He added: “As ever, he has to balance that with his responsibilities as Prime Minister.

“This is a particularly challenging time for the country and the Prime Minister will continue to lead, as the public would expect, while making time for his family.” Officials say the baby’s name will be announced in the next few days.

Mr Johnson and his wife were seen walking into the hospital at about 7.40am yesterday.Wearing a mask, Mrs Johnson was helped into a side entrance by a bodyguard carrying an overnight bag.

Her husband, 57, joined her flanked by two police officers. He is understood to have been present throughout the birth.

The couple’s son Wilfred Johnson was born in April 2020.

Mrs Johnson, who wed the Prime Minister in a secretly planned ceremony at Westminster Cathedral in May, inset, has said she had a miscarriage early this year.

The Prime Minister has four children with his barrister ex-wife Marina Wheeler and it emerged during a court hearing in 2013 that he had fathered a daughter during an affair when he was London mayor.