UK Fisheries, the company that owns a supertrawler caught up in the fiasco, hit out at the Government’s latest failure. Hundreds of crewmen are out of work as the Kirkella remains tied up in Hull because it is no longer allowed to fish in Norwegian waters. The failure to reach a deal means fish and chip shops will be selling Arctic cod imported from Norway rather than landed in Britain, the firm said.

He told the Independent it was “absolutely disgusting” to have to watch the fishing vessel, which normally catches around 10 percent of all the fish sold in the UK’s chip shops, remain tied up.

“We have been warning them about this for at least two years and I fear this is probably the nail in the coffin for fishing in Hull.”

Supporters of the UK’s fishing industry also took to Twitter to hit out at the Prime Minister. 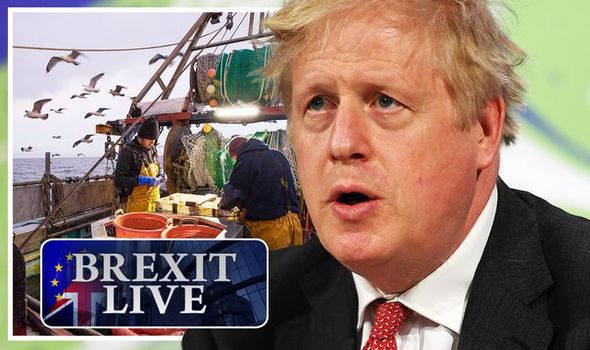 One said the fishing failure was simply “the cost of trusting Tories” and added: “Fishermen were warned but chose to trust their industry leaders cosying up to Westminster instead of the facts.”

Another said: “What a disaster! No fishery deals concluded with ANY country. Our negotiating teams are completely useless!”

Britain and Norway’s positions were too far apart to reach an agreement on fishing this year, the Department for Environment, Food and Rural Affairs (Defra) said.

And no access or quota exchange agreements have been reached with the Faroe Islands either.

SEE BELOW FOR LIVE UPDATES: