Industry groups clashed with HM Revenue and Customs’s expert customs panel during a meeting and raged the new Trader Support Service (TSS), which will enable the Government effectively to act as a customs agent on behalf of traders, would destroy firms who provide customs brokerage systems themselves. Last week, Cabinet Office minister Michael Gove said from next month, the TSS would be operational and free at the point of use. This would aim to protect trade flows across the Irish Sea when the UK leaves the EU single market and customs union at the end of the Brexit transition period on December 31.

But HMRC said on the call with industry groups the new system would not only help companies complete paperwork for transporting goods to Northern Ireland from the rest of Britain, but also from the rest of the world, at an estimated cost of £355million to the Treasury.

Three sources on the panel told the Daily Telegraph that one trade group had even suggested the Attorney General should be consulted on the legality of the TSS.

Peter MacSwiney, chairman of the joint customs consultative committee, said: “The Northern Irish brokerage community are not happy that they’re likely to lose all their customers to a free government service.”

The British International Freight ­Association told HMRC its members were “fuming” because they would not be able to be compensated for providing customs services. 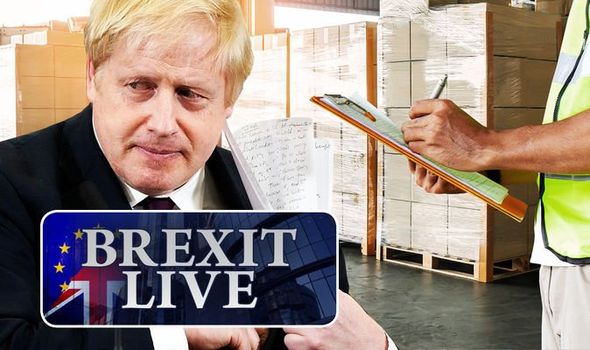 But HMRC insisted: “The TSS will provide unprecedented support to all businesses engaging in new processes under the Northern Ireland Protocol and its announcement has been warmly received by them.

“We are running a transparent and open procurement process to identify a bidder capable of delivering this and will ensure a service that is fully compliant with the law.

“We are engaging actively with stakeholders as part of this process.”