Brexit: Michael Gove says ‘there won’t be a border in Irish Sea'

The Conservative frontbencher said there is “scope for compromise” from the UK side on a Brexit fisheries deal with the EU which could allow European boats to continue to enter British waters for a period of time. Hinting at a deal that will see a “staged process”, Mr Gove said: “I think there can be scope for compromise but the compromise exists in a way by which European boats can continue to access UK waters. 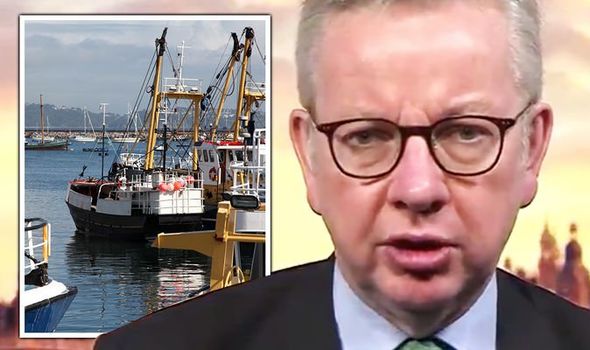 “But what is not up for compromise is the principle that the UK will be an independent coastal state and that it will be a matter for negotiations between the UK and the EU with the UK in control of our waters.

“Countries like Iceland and Norway have control over who enters their waters.

“I think we can be very generous with that.

“I think we can reach arrangements with European countries that allow a stage process so there can be a degree of certainty so they can manage things.”

Asked whether that “staged process” would last three, five or ten years, he said: “I’m not in the negotiating room at the moment and I think it’s important that people can see that whatever the period of staging, the sovereignty, the control over UK waters, which any independent country should have, has to be respected.”