David Cameron took financier Lex Greensill for a “private drink” with Health Secretary Matt Hancock to discuss a payment scheme later launched in the NHS, according to a report.

The developments are the latest in a lobbying controversy that has dogged Mr Cameron in recent weeks, with questions mounting over his efforts to secure access for the finance company, which later collapsed, putting thousands of UK steelmaking jobs at risk.

Mr Greensill was understood to have written to Mr Hancock’s office about the scheme in August 2019, copying in NHS England chairman Lord Prior.

The health secretary commissioned advice from officials, and one of his allies told the newspaper that a drink took place between him, Mr Cameron and Mr Greensill in October 2019.

The scheme was to pay doctors and nurses either daily or weekly and in October last year, NHS SBS, a joint venture between the Department of Health and Social Care and a French IT firm, announced that Earnd, a mobile app that was then a division of Greensill, would be available free-of-charge to NHS employees to access their pay.

Mr Hancock had referred Mr Greensill to work directly with the NHS rather than his department, according to the ally, who insisted the final decision to use the scheme was for local NHS employers.

“Matt acted in entirely the correct way – he updated officials on the business that was discussed, as is appropriate,” the friend said. 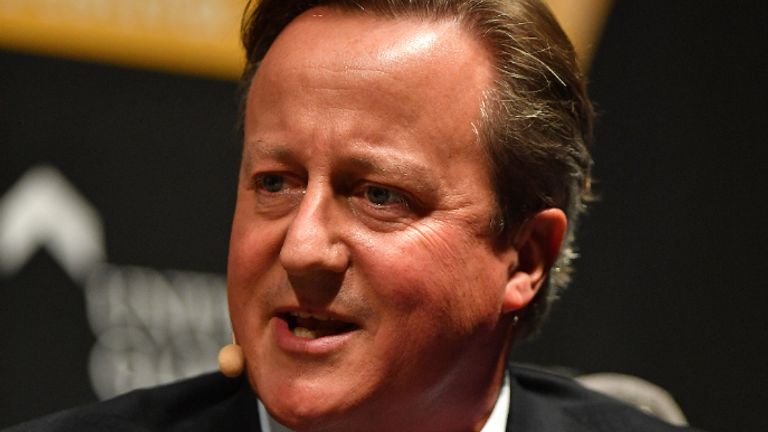 Mr Cameron is yet to comment but a source close to him said: “David Cameron was an enthusiastic champion of Greensill’s pay product, Earnd, and met with various people to discuss its rollout across the NHS.”

A DHSC spokesman said: “The wellbeing of NHS staff is the top priority of the department and health secretary.

“Our approach was and is that local NHS employers are best placed to decide how different pay flexibilities fit with their overall pay and reward offer for their staff.”

Labour has called for an investigation and for Chancellor Rishi Sunak to respond to the “growing scandal”.

Shadow chief secretary to the treasury Bridget Phillipson said: “Every day brings fresh revelations about the culture of cronyism at the heart of this Conservative government.

“Through David Cameron, Greensill looks to have had the run of government from Number 10 down, including access to millions of pounds of public money.”