The former chief aide to Mr Johnson said he pleaded on March 12 for household quarantine to be made mandatory. But he said his calls for action were ignored because the Prime Minister was distracted by his fiancee and the antics of Donald Trump’s US administration.

He claimed Ms Symonds was “going completely crackers” about a news story that claimed the couple’s dog, Dilyn, was set to be re-homed.

Mr Cummings told MPs on the health and science select committees: “We got completely derailed, because on the morning of the 12th, suddenly the national security people came in and said ‘Trump wants us to join a bombing campaign in the Middle East tonight and we need to start having meetings through the day with Cobra about that as well’.

“So everything to do with Cobra that day on Covid was completely disrupted because you had these two parallel sets of meetings. The national security people running in and out talking about whether we were going to bomb the Middle East and we had Cobra meeting delayed because we were trying to figure out what to do about household quarantine.”

He added: “That day the Times had run a huge story about the PM and his girlfriend and their dog and the PM’s girlfriend was going completely crackers about this story and demanding that the press office deal with that. 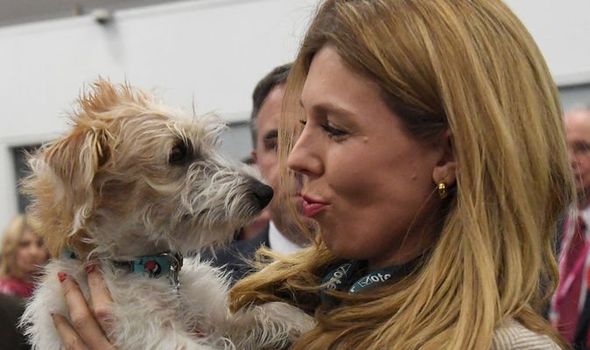 “The PM has his girlfriend going crackers about something completely trivial and you have all these meetings going on through the course of the 12th.”