Boris Johnson has apologised for muddling up his own coronavirus rules on social gatherings.

The prime minister was questioned about the latest COVID-19 restrictions coming into force for northeast England from midnight on Wednesday.

At first, he said people could meet indoors and outdoors in groups of six in areas where no additional coronavirus restrictions are in place. 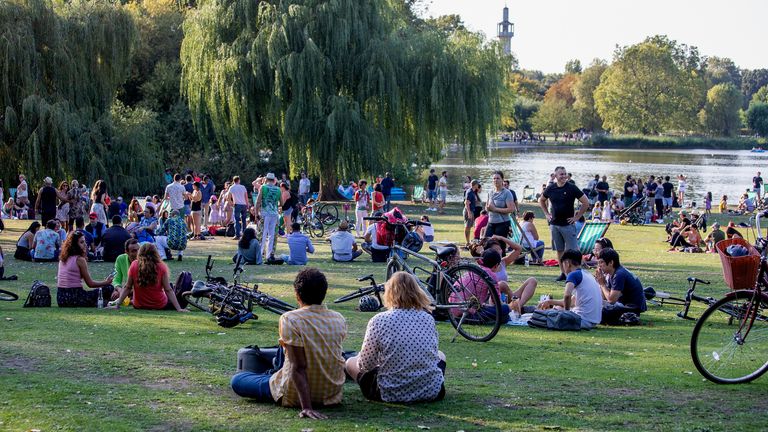 But speaking during a news conference in Exeter, he claimed: “In the North East and other areas where extra tight measures have been brought in, you should follow the guidance of local authorities.

“It’s six in a home or six in hospitality but as I understand it, not six outside.”

That was at odds with what residents had been told in Northumberland, Newcastle, North and South Tyneside, Gateshead, Sunderland and County Durham.

Official guidelines warn people living there “not to mix with people outside their household or bubble in indoor settings, including pubs and restaurants”.

And hospitality workers are obliged to “take steps to ensure that people do not socialise outside of their households inside and outside your premises”. 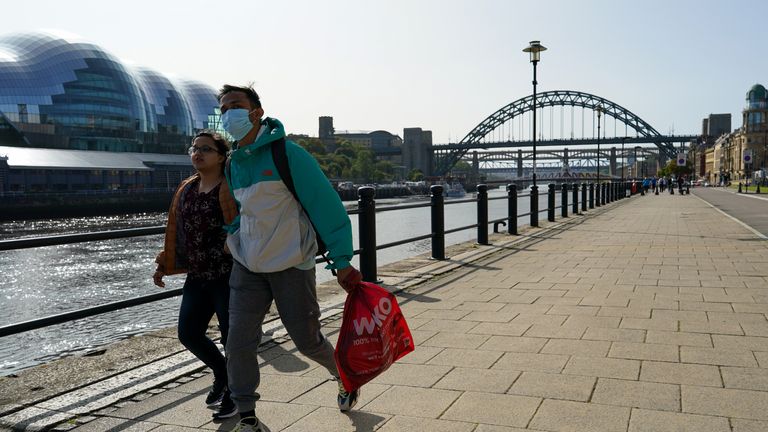 Mr Johnson finished his answer during an event to promote a planned skills revolution by admitting “clearly for everyone watching this, this is one of those things people will feel is confusing”.

He later tweeted “apologies, I misspoke today” – and confirmed the new rules in the North East will mean residents “cannot meet people from different households in social settings indoors, including in pubs, restaurants and your home”.

The prime minister added people should also “avoid socialising with other households outside”, and wrote that the measures were “vital to control the spread of coronavirus and keep everyone safe”.