School pupils will undergo a “massive catch-up operation over the summer and beyond”, the prime minister has announced as critics rounded on the government’s handling of the impact of COVID-19 on education.

Boris Johnson has said he wanted all pupils back in classrooms by September – with reports suggesting he is willing to relax the two-metre rule to make this happen.

It comes after the government abandoned plans to get more primary school children back in class before England’s summer break.

At the Downing Street news briefing on Wednesday, Mr Johnson said the Government had been forced to move “slower than we would have liked in some areas”, including in reopening schools. 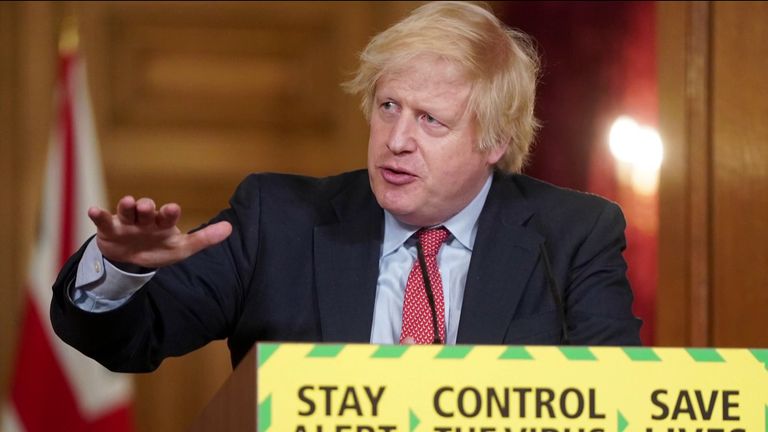 “We’re going to get all schools back in September if we possibly can… but it’s going to be a big summer of catch up.

“So we’re going as fast as we can, we still have a pandemic to cope with… and we’re going to have a massive catch-up operation over the summer and beyond which Gavin Williamson will be setting out next week.”

Labour leader Sir Keir Starmer has accused ministers of “mismanagement” over the reopening of schools.

In an article in The Daily Telegraph, he said the issues facing Downing Street on ensuring pupils were safe to return to classrooms were “entirely foreseeable” and criticised the prime minister for failing to meet with opposition parties to put together a plan.

“There was no plan, no consensus, no leadership,” he said.

“We now have the ridiculous situation where next week betting shops and theme parks will open, but parents are not clear when their children will go back to school.

“The longer schools are shut, the greater the damage to children’s wellbeing and education and the increasing pressure on parents who are having to juggle childcare and work commitments.”

However, some schools said they did not have enough space on site to admit all pupils in the eligible year groups while adhering to social distancing guidance and limiting class sizes to 15.

In a sign the government could be preparing to announce a change, Sir Patrick Vallance, the UK’s chief scientific adviser, said at the daily Downing Street press briefing the two-metre advice was “not a rule”.

And the prime minister has promised to keep the restriction under “constant review”.

Sir Keir said “creativity” was needed to utilise empty buildings across the country including theatres, museums and libraries, so they could be “repurposed” as makeshift classrooms to ensure schools can resume fully after the summer holidays.