Boris Johnson has warned there will be more “wretched COVID” to come but he is ” absolutely confident” the government can deal with outbreaks.

The prime minister told ministers during a cabinet meeting that people are returning to their offices “in huge numbers” following a campaign to get people back to their work places.

He said it was “quite right too” after months of working from home or being furloughed.

Mr Johnson did not cite any evidence for his claim, and his office said it was too early to provide numbers.

The government is pushing for the civil service to lead from the front by returning to their desks, but Number 10 said they did not yet have data on how many had gone back.

“Of course we know there is still going to be more of this disease – this wretched COVID – still to come,” Mr Johnson told ministers.

“Although we know there will be more outbreaks, we are absolutely confident that we are going to be able to deal with those outbreaks, and bit by bit this incredible country is getting back on its feet.”

His comments came shortly before Health Secretary Matt Hancock said the best-case scenario for a vaccine would be one being available this year.

The University of Oxford vaccine “continues to be the world leader”, he said, but the government has contracts with six different vaccine providers “so that whichever comes off we can get access in this country”. 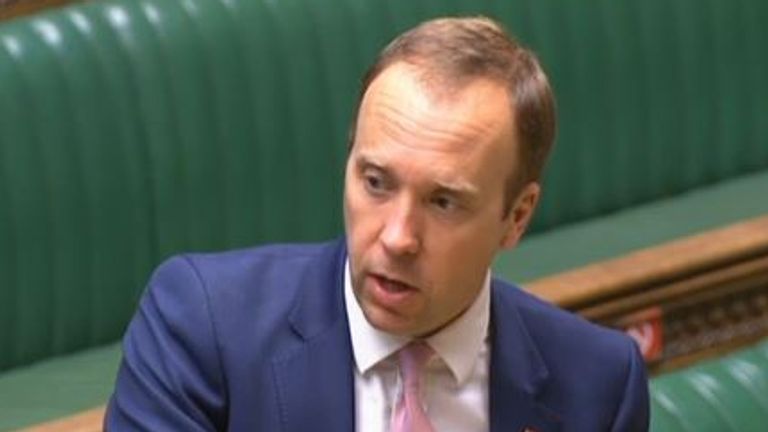 Mr Hancock said the government would like to enable private companies to have greater access to testing to aid economic recovery.

“The ability to provide tests to parts of the private sector who need to know that people don’t have the virus in order to be able to reopen parts of the economy, or just enable things to happen,” he said.

“That is a very important part of where we would like to get to when we have the next generation of testing.

“At the moment, of course, we have to follow a clinical protocol in terms of the use of the capacity that we’ve got.”

Mr Hancock added that A&E capacity is being expanded in time for winter, with “billions more funding to the NHS” to prevent a second peak.

And he said a new advertising campaign is to be launched soon to remind people what they can do to limit the spread of COVID-19.

It will remind people that social distancing and personal hygiene is “the first line of defence” and will urge them to get a test if they have any symptoms.

“We must do everything in our power to protect against a second wave here in the UK,” he said after noting large case rises in France and Spain.