The UK is in a “delicate and dangerous” stage of the coronavirus outbreak and will not get a vaccine until at least next year, stand-in prime minister Dominic Raab has said.

On his final day filling in for Boris Johnson, the foreign secretary told Sky News it was “not responsible” to lay out how the lockdown could be eased.

But he hinted people arriving in the country could be forced into quarantine for two weeks – the maximum amount of time it takes before someone infected with the virus can start to show symptoms. 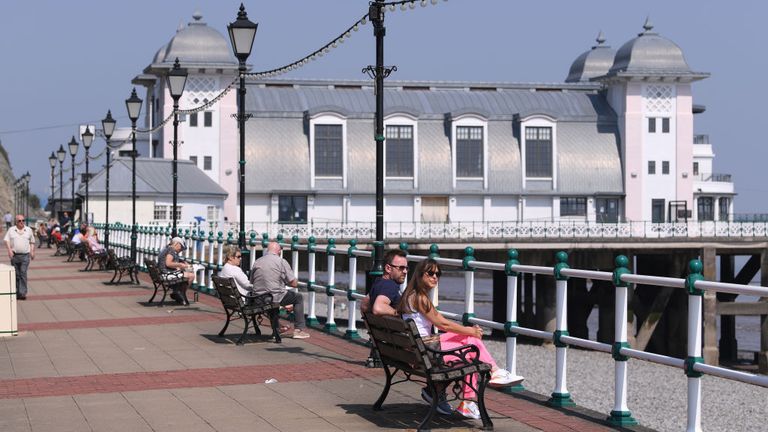 “As we move to a second phase… that is something we will be looking at,” he told Sophy Ridge on Sunday.

The government is coming under intense pressure from senior Tory donors to relax the strict social-distancing measures, amid concern at the damage they are doing to the economy. 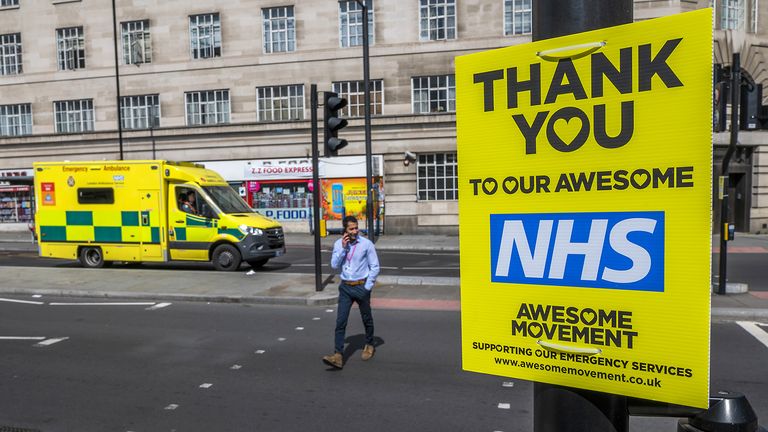 And Labour’s new leader Sir Keir Starmer has called on ministers to publish an exit strategy and follow other countries’ lead in “having honest conversations with the public about what new arrangements might look like”.

Mr Raab dismissed the suggestion, saying: “We need to make sure that the next steps are sure-footed, which is why we are proceeding very cautiously.

“We are sticking to the scientific advice with the social-distancing measures at this time, whilst doing all the homework to make sure that we are prepared in due course for the next phase.”

He added that when the lockdown is eventually lifted, people “won’t just be going back – it will be a new normal”.

So far at least 20,319 hospital patients have died with coronavirus in the UK, with the true number expected to be higher including deaths in the community and care homes.

Liberal Democrats acting leader Sir Ed Davey said he suspected the real number of deaths is 40,000 and is calling for a public inquiry into the government’s response to the crisis so far, which he called a “national calamity”. 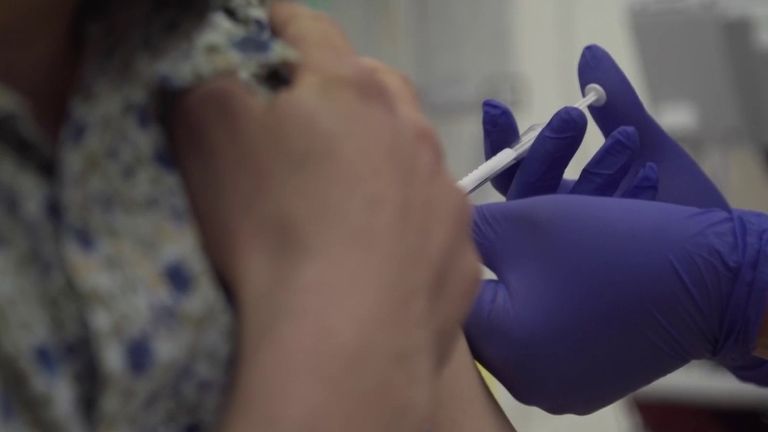 Mr Raab also tried to set expectations by announcing that a vaccine is “not likely to come to fruition this year” – after £41m was poured into two university research trials.

“I think those who are very used to the process of developing vaccines are saying they are not anticipating it being available until well into next year.”

Coronavirus home testing kits for key workers have been booked up within hours through the government’s website.

As of 10am on Sunday they were listed as “unavailable” – two hours after booking slots reopened. 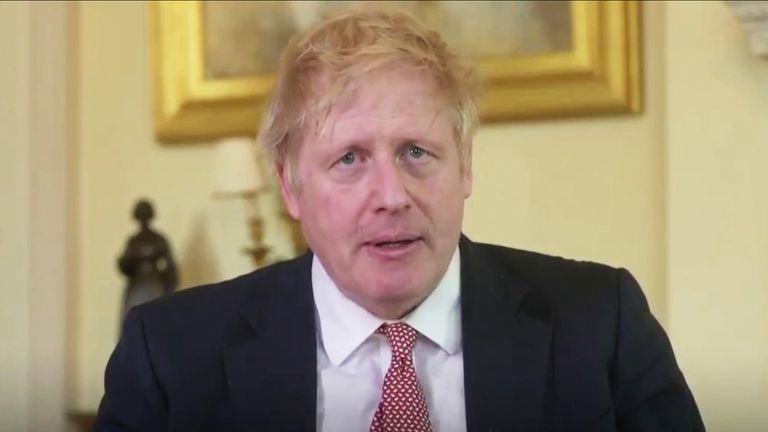 An update on Mr Johnson’s health was also given by Mr Raab on Sunday morning.

He said the prime minister is “raring to go” ahead of his expected arrival back at Downing Street after two weeks of recovery from COVID-19 at his countryside residence of Chequers.

“He’s taken the time and taken the doctors’ advice to rebuild his strength,” Mr Raab said.

“I’ve spoken to him every day this week – we’ve made sure he’s abreast of everything that’s been going on.”

One of Mr Johnson’s first major acts will have to be getting ready to make another announcement to the country before Thursday 7 May, when the current lockdown measures are due to last until. 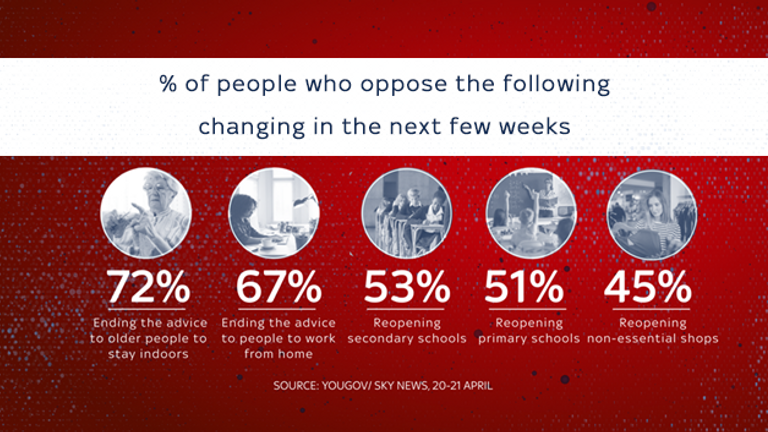 An exclusive poll for Sky News released on Thursday found Britons have become sadder and more anxious since the coronavirus crisis – but strongly support the lockdown remaining at least in the short term.