Home » Politics » Coronavirus: Up to 15 million more Britons can get tested for COVID-19 from today

Coronavirus: Up to 15 million more Britons can get tested for COVID-19 from today

Over-65s and those who need to leave home to do their job can get tested for coronavirus from today, as millions more people become eligible.

The programme is being ramped up as the government tries to meet a target of 100,000 COVID-19 tests per day by Friday.

Anyone who has symptoms and is over 65 – or has to leave home for work – is eligible. People in their household with symptoms can also get a test. 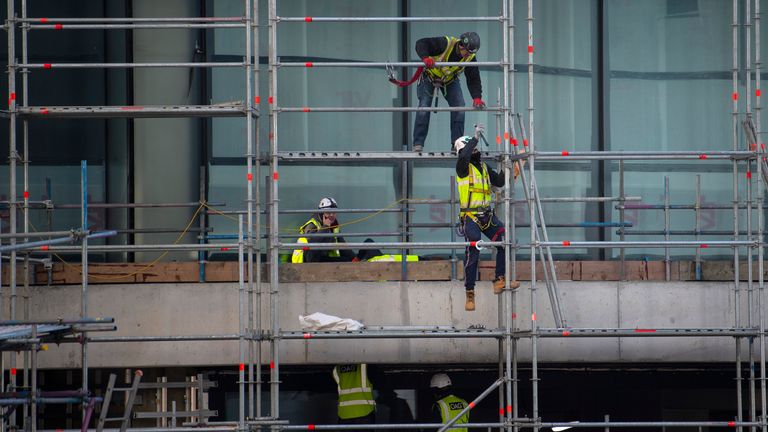 Later today, the government will publish the combined number of coronavirus deaths in hospitals, care homes and the community for the first time.

There is currently an 11-day lag for data on the number of people who have died in care or in their own homes after contracting coronavirus, meaning daily totals released so far have only focused on hospitals.

As a result, pressure has grown over criticism that COVID-19’s impact on care homes is not being properly represented.

He said: “From construction workers to emergency plumbers, from research scientists to those in manufacturing, the expansion of access to testing will protect the most vulnerable and help keep people safe.”

Mr Hancock also announced the expansion of testing to all those working on the front line in the NHS and social care, as well as hospital patients and care home residents, irrespective of whether they have symptoms.

Previously, aside from some pilot schemes, only those with COVID-19 symptoms in these groups were being tested.

A government source said an additional 15 million Britons could now be eligible for coronavirus tests under the expanded programme, bringing the total to 25 million.

Professor John Newton, the co-ordinator of the national testing programme, described how “intensive studies” of infections in care homes showed “the presence of symptoms was not really a good marker… both among residents and staff, for the presence of the virus”.

He said: “There were significant numbers who were asymptomatic who had the virus and so we have massively increased the amount of testing available.”

Prof Newton added 25,000 residents in care homes had been tested so far.

The health secretary said the government was “on track” to meet its target of 100,000 tests per day by the end of this month, despite just 43,453 tests being conducted on Monday.

Mr Hancock said there was now capacity for 73,400 COVID-19 tests on a daily basis.

Outlining how the government hopes to fulfil this capacity, the health secretary said a further 48 drive-in testing centres would open this week, adding to the 41 centres currently in place.

The number of home testing kits – which can be booked via the gov.uk website – will also be expanded from 5,000 per day to 25,000 per day by the end of the week.

And there are plans for the army to run 70 mobile testing centres by the end of the week, up from the 17 currently travelling around the country.