Home » Politics » Coronavirus vaccine could be made obligatory, Britons warned ‘science can’t do it alone’

Coronavirus vaccine could be made obligatory, Britons warned ‘science can’t do it alone’

The coronavirus vaccination scheme could be launched as soon as December after both Pfizer/BioNTech and Oxford/AstraZeneca reported a high success rate for their jabs in mass-scale trials. Boris Johnson welcomed the news as “fantastic” and insisted “everyone” should be getting vaccinated, but has so far rejected any speculation about making the process mandatory.  But Prof Sir John Bell, the Regius Chair of Medicine at the University of Oxford, suggested the COVID-19 could become obligatory for some Britons to ensure the country can return to normality.

Speaking to BBC Newsnight, Sir John said: “I’m very firmly against mandation, I think mandation is not a good way to bring along with you.

“It works well in some societies but it doesn’t work well here nor would it work in North America. I think you do have to persuade people to come along.

“Having said that, we may get to a position where it’s necessary in order to control transmission, to know who’s protected from developing the disease and who isn’t.”

The Oxford Univerisity professor said vaccination and contracting the coronavirus itself are, at the moment, the only ways for Britons to develop some form of immunity to the disease. 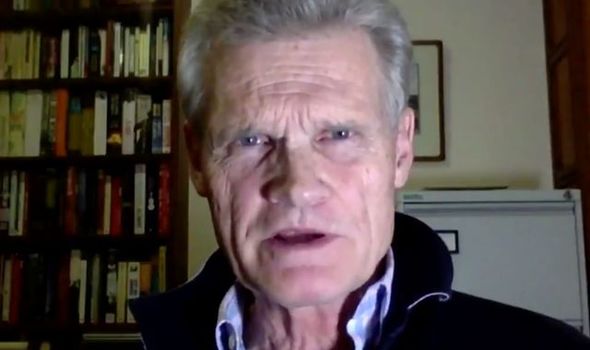 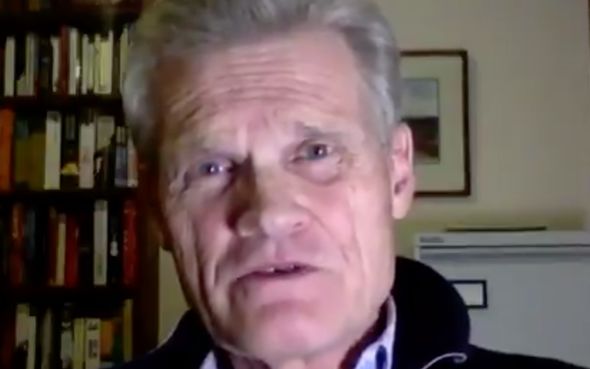 Sir John continued: “That protection could come in two ways, one is you could’ve had the disease.

“I think there’s now increasing evidence that if you’ve had the diseases, and you’ve had a PCR test, you are protected from the disease for a period of time.

“I leave that open but it’s probably at least six months, probably a year. And then if you get a vaccine, you’ll be protected against the disease.

“It may be necessary for some activities to require people to be able to show they are protected against the disease or have recently had a test in order for that to go back to relatively normal function.”

He added: “All this has to play out. The big issue now really is a lot of this is policy-related. How do you implement the best approach to getting this all across?

“The science has done its job but it can’t operate on its own. It has to operate in a policy framework.”

The partnership between Oxford University and AstraZeneca reported an overall 70 percent success rate in clinical trials, with the number hitting 90 percent in a smaller subgroup administered a smaller dose of the vaccine. 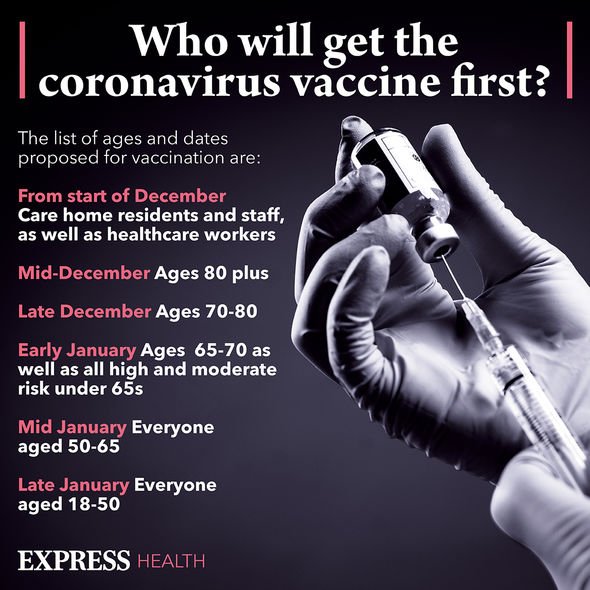 The Prime Minister said the vaccine was “exciting news” before hitting the airways on Monday evening to confirm the end of the England-wide lockdown on December 2.

Mr Johnson said the restrictions will be lifted in part as a tightened three-tier system is introduced across the nation.

He said: “From next Wednesday people will be able to leave their home for any purpose and meet others in outdoor public spaces, subject to the rule of six, collective worship, weddings and outdoor sports can resume, and shops, personal care, gyms and the wider leisure sector can reopen.

“But without sensible precautions, we would risk the virus escalating into a winter or New Year surge.

“I’m sorry to say we expect that more regions will fall at least temporarily into higher levels than before.”

Details of the tiers each area will fall under are set to be released on Thursday.