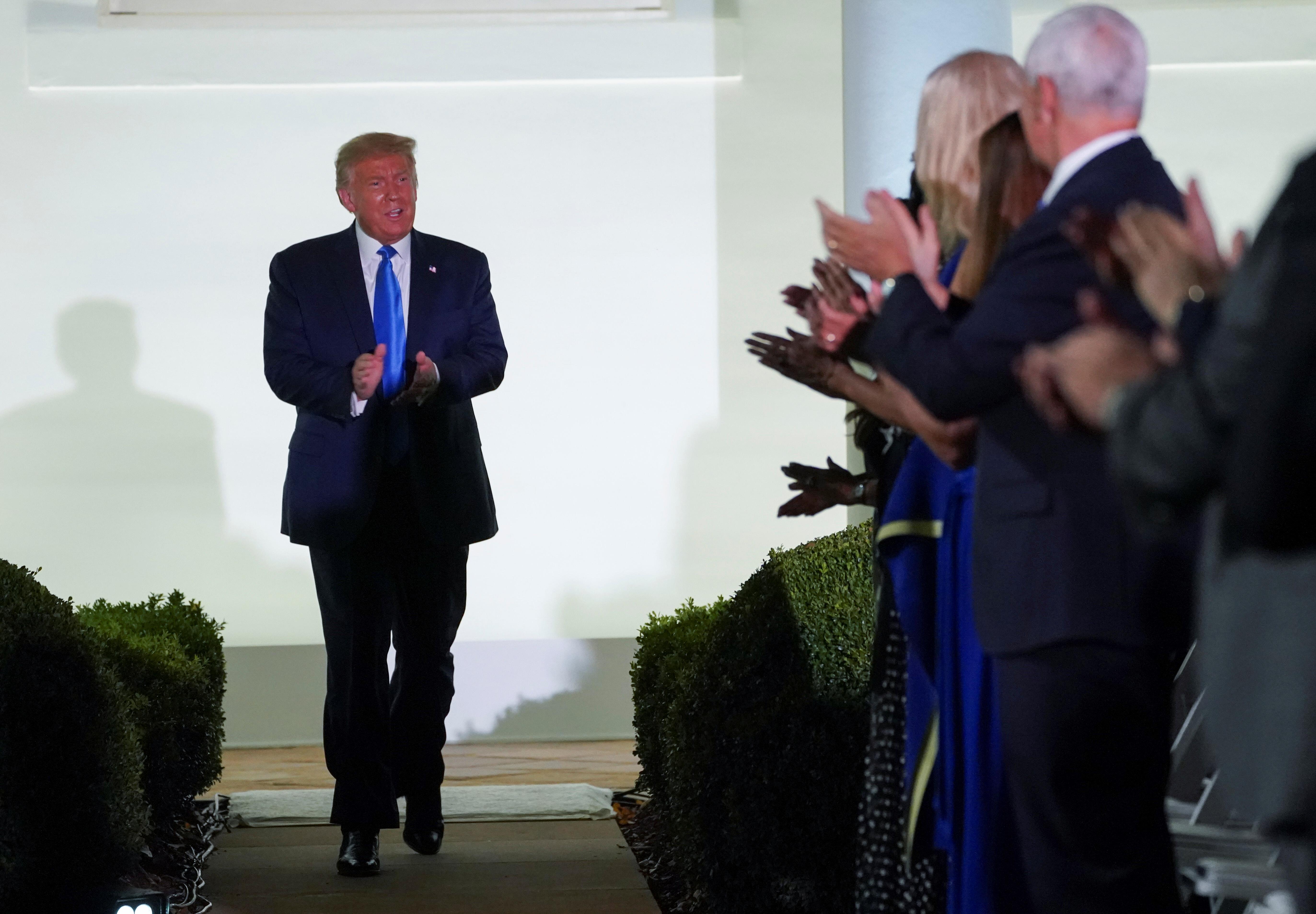 The 18 million RNC number reflects the audience across six TV networks between 10 p.m EDT and 11 p.m. EDT. It does not include online and streaming viewers. The first night of the RNC attracted 17 million viewers across 11 TV networks, a 26% decline from the same night in 2016.

Fox News had the biggest TV audience for both nights of this week’s convention.

In pre-recorded segments, Trump used the White House as a venue to promote his bid for re-election, signing a pardon for a Black ex-offender who has become an advocate for other inmates and presiding over a naturalization ceremony in which five immigrants were granted citizenship.

A range of officials and everyday Americans attacked the media and sought to align Democratic presidential nominee Joe Biden with socialism, “dangerous ideologies” and attacks on freedom and faith, as public approval of Trump’s handling of the coronavirus pandemic and other issues has been in many cases negative.