Former footballer Gary Neville has criticised Labour’s decision to abstain in a vote on coronavirus restrictions, saying: “You’re the opposition, don’t sit in the stand.”

“They sat in the stand whilst the home team had a clear run,” Neville told Sophy Ridge on Sunday in reference to the vote last Tuesday on the government’s new tiered system of COVID-19 rules.

The ex-Manchester United and England star was speaking to Sky News about the campaign he has launched for more economic support for businesses during the pandemic. Neville has helped set up UnitedCity, which aims to get Manchester “back on its feet” in supporting retail, leisure, culture and sports businesses during the coronavirus crisis.

Neville said Labour is “there to protect the disadvantaged and the vulnerable” and not enough economic support has been provided, “which means you’ve got to take a position and be bold and go against it”.

He continued: “You cannot abstain and that’s where the people of Manchester at this moment in time I think are frustrated with the lack of leadership in I suppose protecting the residents of Manchester and the communities that are hardest hit.”

Neville added: “So when you’re elected and you’re in that seat in Westminster, you take a position, you don’t abstain, you take part in the match, you’re the opposition.”

Labour leader Sir Keir Starmer said his party had “serious misgivings” about the tiered system, but voting them down “would not be in the national interest”.

Asked about Neville’s criticism, Labour’s shadow home secretary Nick Thomas-Symonds told Ridge: “We didn’t sit in the stands at all, what we did is to act in the national interest.” 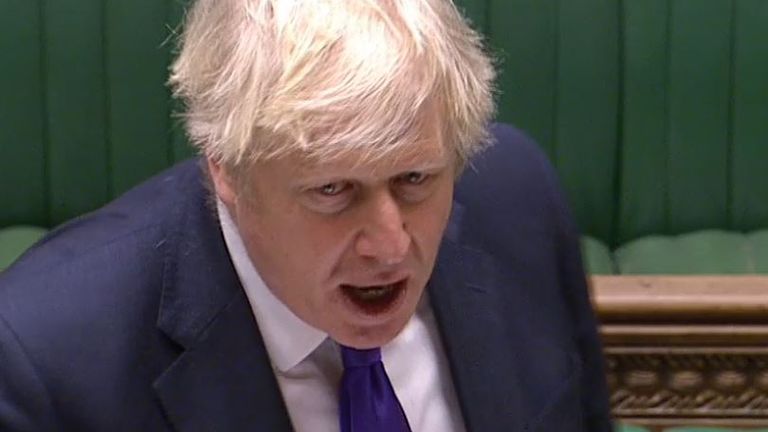 He said the party “accepted” that there should be measures in place, but because there was not a “comprehensive health and economic strategy” alongside them, “they weren’t at a level where we could give them our wholehearted support and that’s why we took the decision to abstain”.

Neville was also critical of the government during his interview, describing them as “out of their depth”.

“That’s what I feel in the last eight months I’ve seen in the leadership of this country.” 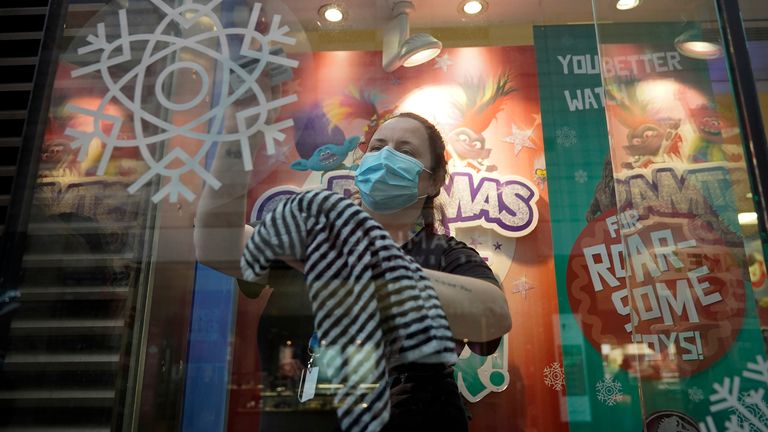 Speaking about the situation in Manchester, which faced extra restrictions months before the tiered system was introduced, Neville said: “We’ve got economic problems, we’ve got health problems, mental health issues, there’s a lack of understanding of how we are going to come out of it, uncertainty.

“We just felt the business community in Manchester has always been resilient, Mancunians have always come together to come out of crisis like this before and it’s about time now that we started to think about how the future looks.”

Neville, who has gone into property development since retiring and also works as a pundit for Sky Sports, jointly owns the Stock Exchange Hotel in central Manchester with former teammate Ryan Giggs.

The pair also have plans to build a 40-storey tower in the city which will include another luxury hotel, as well as apartments and offices.

Neville said the “whole of the hospitality sector has been devastated” by COVID-19 and there needs to be more economic support provided.

“There’s going to need to be a fair wind with us,” he said.

“We certainly cannot continue to keep moving in and out of tiers the way in which we are or else it’s just a complete devastation on people’s livelihoods.”

Neville said he did not have a problem with coronavirus measures because “health must be the priority, but said “the lack of support and the lack of planning is the big problem”.

Related News:
Business News:
Stock market news live updates: Stock futures drift after indexes touch fresh record highs
Air New Zealand’s first quarantine-free flight in months lands to emotional welcome
‘They Have Not Legitimately Won’: Pro-Trump Media Keeps the Disinformation Flowing
Pentland Brands Creates New Positive Business Director Role
Netflix Will No Longer Borrow, Ending Its Run of Debt
Recent Posts
This website uses cookies to improve your user experience and to provide you with advertisements that are relevant to your interests. By continuing to browse the site you are agreeing to our use of cookies.Ok