Home » Don’t wreck it now! Cover battle not won – Expert warns Britons it is too early to relax

Don’t wreck it now! Cover battle not won – Expert warns Britons it is too early to relax

Deputy Chief Medical Officer Jonathan Van-Tam warned the public it is far too early to relax. Despite the phenomenal success of the vaccine rollout, officials have implored everyone to follow the rules. Professor Van-Tam led the calls, telling the nation: “Do not wreck this now.” With a weekend of warm weather ahead, he sounded the alarm and explained the battle was not won yet.

The professor spoke as the Government confirmed vaccination will continue by age group for all adults to minimise deaths and ­hospitalisations from the disease.

Health Secretary Matt Hancock promised a “bumper” month of Covid injections will start next week with vaccine supplies set to surge again following a dip over the last week.

Prof Van-Tam issued his warning at a Downing Street news conference yesterday, saying some “quite sobering” data showed rises in Covid cases in some parts of
the country.

He cautioned there were “quite a few areas of the UK that are burning quite hot” including the Midlands and the west coast of England.

Prof Van-Tam said: “Although it is generally good news, I’m afraid it is better news in some places than it is in others and this is not a battle that we have won yet.

“In some parts of the UK, case rates are changing, albeit slowly, in the wrong direction. 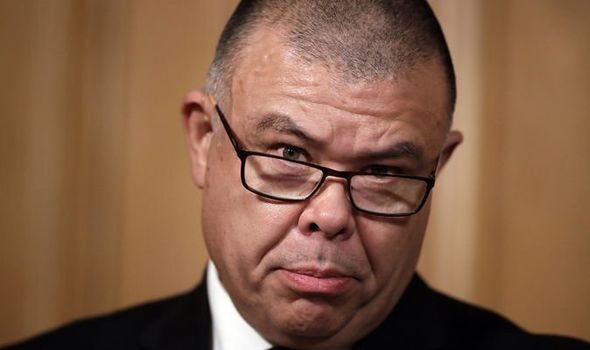 “This is not a good sign and reinforces the fact that I’m afraid this battle at the moment is not won.

“My key message tonight is – look, this is all going very well but there are some ­worrying signs that people are relaxing, taking their foot off the brake at exactly the wrong time.

“It is a bit like being 3-0 up in a game and thinking, ‘We can’t possibly lose this now’ – but how many times have we seen the other side take it 4-3? Do not wreck this now.

“It is too early to relax. Just continue to maintain discipline and hang on just a few more months.”

Prof Van-Tam warned any patients that are vaccinated that the rules still apply to everyone until the country as a whole is “in a much safer place”.

He added: “It doesn’t change because you’ve had your first dose of vaccine. 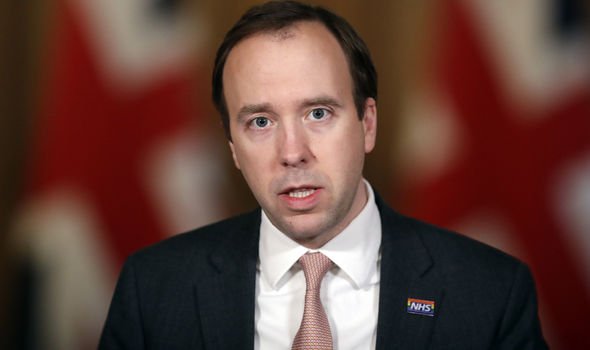 “And so, please don’t be tempted to think, ‘Well, one home visit might be all right now the weather is getting better, going to be a nice weekend.’ One small gathering in your house won’t really matter? I’m afraid it does.”

Prof Van-Tam said his email inbox had been “besieged” with enquiries from vaccinated people asking if they could now “essentially start to break the rules”.

He said: “We are not yet collectively, as a country, in the right place.”

At the news conference, the Health Secretary confirmed 19 million doses of the vaccine have now been delivered.

Mr Hancock predicted there will be a “bumper March” for vaccinations after a week of reduced supply across the UK.

He said: “There has been a lower amount of supply across the whole UK in the last week or so. 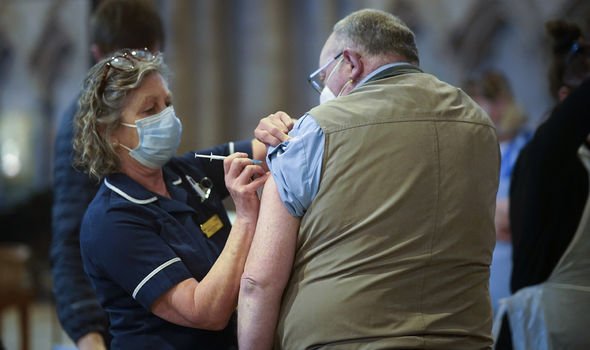 “You’ll have seen that, in the last 48 hours, that has picked up again.

“So that supply is coming back. We all know that it’s lumpy, it comes up and down, and we are going to have a bumper March.”

Mr Hancock also appealed to the public to “stick at” following the lockdown restrictions. He added: “This stark picture shows this isn’t over yet. The stay-at-home rules are still in place for a reason.”

He said the rate of hospital admissions and deaths are still “far too high”, and one in five local authorities has seen a rise in case rates in the last week.

Mr Hancock said: “This is on all of us to keep this under control. This is still a deadly virus. We will get through this but we have to stick at it.”

He confirmed ministers will adopt ­yesterday’s recommendations from the Joint Committee on Vaccination and Immunisation for the next phase of the vaccine rollout.

Adults will continue to be prioritised for jabs by age groups once all the ­over-50s are offered doses by mid-April. People aged 40-49 will be the next group to be vaccinated at that stage. 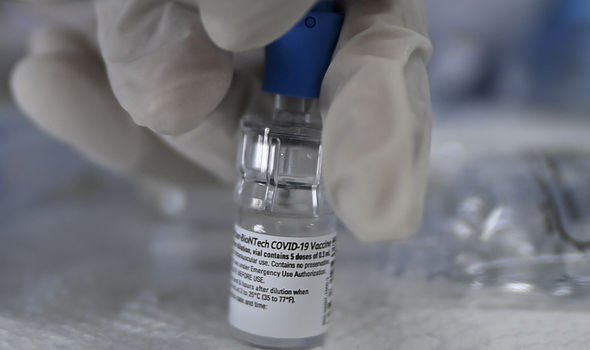 It will then move on to those in their 30s and then the 18 to 29 year group. The aim is that all adults will be jabbed by the end of July.

Mr Hancock said: “This is the fastest and simplest way to roll out the jab. Our moral duty is to put saving lives first.

“So I can confirm that we will follow this clinical advice. I’m sure we all agree that the best approach is the one that saves the most lives.” But several unions and professional groups yesterday criticised the decision to stick to the vaccination by age group plan rather than prioritising key workers.

John Apter, national chairman of the Police Federation of England and Wales, called the decision not to prioritise police officers in the next phase of the programme a “deep and damaging betrayal”.

He said: “There’s real anger from all levels within policing about how we have been completely disregarded and ignored in this phase.

“What is expected of policing does put them at risk of transmitting this virus.

“This is a very deep and damaging betrayal and it will not be forgotten.”

Experts on the Joint Committee on Vaccination and Immunisation said they had considered bumping key workers up the priority list but concluded that vaccination by age groups was the quickest way to minimise the threat of transmission.

Meanwhile, Mr Hancock has warned that regions hit hard by coronavirus could be put in local lockdowns once national restrictions are lifted.

He said: “We don’t rule out taking local action in an area as we see a spike. But the goal is for us all to come out together.”