Home » Politics » GB News: Calls for Boris to be on the ballot in Tory leadership race – Put it to a vote!

GB News: Calls for Boris to be on the ballot in Tory leadership race – Put it to a vote!

David Campbell Bannerman told GB News host Dan Wootton that it wasn’t a “stunt” and he was “deadly serious”. Mr Campbell Bannerman, who was MEP in the East of England from 2009 to 2019, argued that it should be put “to a vote”.

The former UKIP Deputy leader argued that the alternative to Mr Johnson staying on was for the Tories to lose votes, pointing out that the party had lost 10 percent in the opinion polls.

However businessman Charlie Mullins started by blasting the prospect of Mr Johnson being put on the ballot arguing that he had left in “disgrace”.

The former Pimlico Plumbers owner insisted that the “rules are the rules” and that Mr Johnson “had to play the game”.

The anti-Brexit campaigner who donated £22,735 to the Conservatives in 2015 argued that Mr Johnson returning would be like football fans wanting a sacked manager to return. 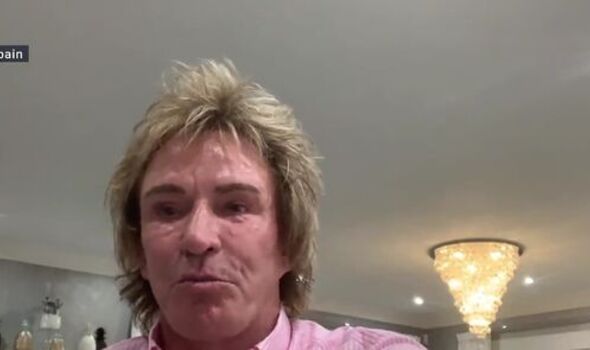 He went on to brand the move a “media stunt”.

He said: “Boris knows the rules and he’s left in disgrace and I think that obviously everybody loves a comeback but there is no way he can come back this quick.

“The rules are the rules and he has to play the game and I don’t think it’s going to happen anyway.

“I think it’s just a media stunt if I’m honest, and you know it’s like a chairman sacking a football manager and all of a sudden the fans want him back.

Having listened to Mr Mullins, host Dan Wootton, a prominent supporter of Mr Johnson, turned to Mr Campbell Bannerman and clarified that he was serious.

Mr Campbell Bannerman, who is a distant relative of a former Liberal PM, clarified it wasn’t a stunt and blasted Mr Mullins as a “Lib Dem” given his vow to support the party financially in 2018.

He said: ”Of course Charlie’s a Lib Dem now aren’t you Charlie?

“You’ve got Democrat in your name and you should believe in giving the members a vote.

“That’s what we’re doing, it’s not a stunt, it’d be deadly serious.

“The party can do this, why can it do it? What’s the alternative?

“We could lose, we’ve lost 10 percent already in the polls.

“We’re into the twenties now, we used to be two to four percent behind Labour under Boris despite partygate and thousands of members could leave and that would be a disaster for us.

“So you know that’s the alternative, let’s put it to a vote, do it democratically. If it’s a no we move on , we unite behind a new leader.”

Mr Campbell Bannerman added that he would be supporting Liz Truss in her campaign to be the next Prime Minister.