WASHINGTON (Reuters) – President Donald Trump on Saturday defended his decision to fire the top watchdog of the U.S. Intelligence Community, saying Michael Atkinson did “a terrible job” in handling the whistleblower complaint that triggered an impeachment probe of Trump last year.

“He took a fake report, and he brought it to Congress,” Trump said during a briefing on the novel coronavirus pandemic.

Late on Friday, the White House told Atkinson, the Intelligence Community’s inspector general, that he would be terminated from his position in 30 days.

He was a key figure in the run-up to impeachment, having found credible a complaint from a still-unnamed whistleblower within the administration that Trump abused his office in attempting to solicit Ukraine’s interference in the 2020 U.S. election for his political benefit.

The president complained that after receiving the complaint, Atkinson did not come and speak to him about it at the White House. “He’s a total disgrace,” Trump said.

Trump inveighed against the whistleblower as well, calling him “fake” and politically biased.

“Frankly, somebody ought to sue his ass off,” he said.

Atkinson’s firing prompted concerns among some Congressional Republicans and criticism from Democrats.

U.S. Senator Richard Burr, who chairs the Senate Intelligence Committee, praised Atkinson, while noting Trump has the authority to fire him.

“Like any political appointee, the inspector general serves at the behest of the Executive,” Burr, a Republican from North Carolina, said in a statement on Saturday. “However, in order to be effective, the IG must be allowed to conduct his or her work independent of internal or external pressure.” 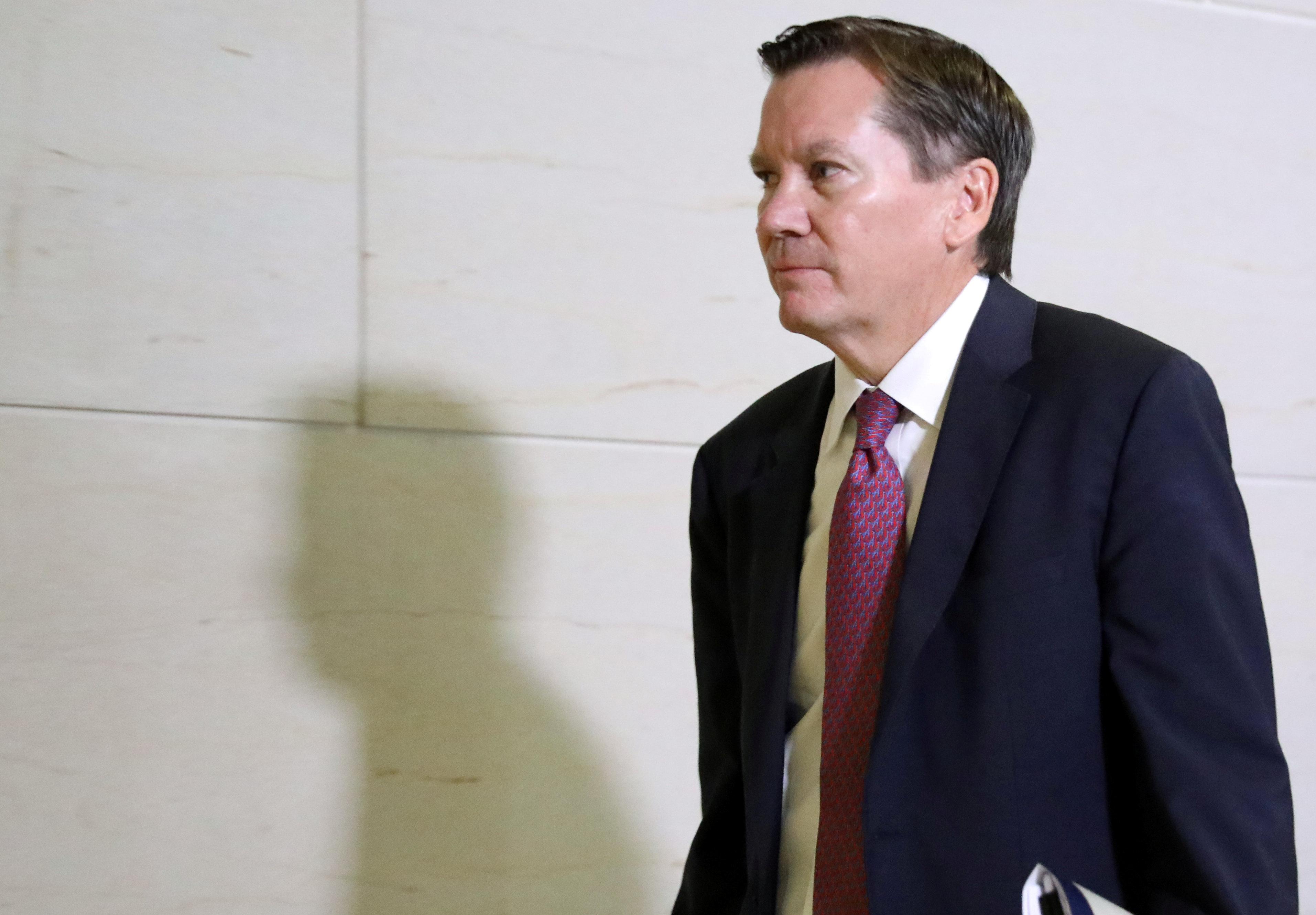 “Congress has been crystal clear that written reasons must be given when IGs are removed for a lack of confidence,” he said. “More details are needed from the administration.”

“He’s decapitating the leadership of the intelligence community in the middle of a national crisis,” he said. “It’s unconscionable, and of course it sends a message throughout the federal government and particular to other inspectors general.”

“He was Schiff’s key impeachment enabler,” Jordan wrote on Twitter.

Atkinson’s firing comes as U.S. inspectors general, who are charged with independent oversight of federal agencies, were recently tasked with broad surveillance of the government’s response to the coronavirus, including the historic $2.3 trillion fiscal package to mitigate its economic impact.

Democrats have expressed concerns about how the fiscal package will be doled out through the U.S. Treasury, headed by Steven Mnuchin.

Michael Horowitz, chair of the Council of the Inspectors General on Integrity and Efficiency (CIGIE), an independent agency in the executive branch and the inspector general at the Department of Justice, defended Atkinson and vowed on Saturday to continue to conduct “aggressive” independent oversight of government programs.

“This includes CIGIE’s Pandemic Response Accountability Committee and its efforts on behalf of American taxpayers, families, businesses, patients, and health care providers to ensure that over $2 trillion dollars in emergency federal spending is being used consistently with the law’s mandate,” Horowitz said in a statement.

In bringing the whistleblower complaint to Congress, Atkinson expressed concerns that Trump potentially exposed himself to “serious national security and counter-intelligence risks” when he pressed Ukrainian President Volodymyr Zelenskiy during a July 25 phone call to investigate Democratic presidential hopeful Joe Biden and his son, according to a Justice Department legal opinion.

After contentious, partisan hearings, the Democratic-led House of Representatives voted to impeach Trump but the Republican-led Senate acquitted him of the charges in early February.