Home » Politics » House Managers Rest Their Case Against Trump, but Most Republicans Are Not Swayed

House Managers Rest Their Case Against Trump, but Most Republicans Are Not Swayed

House impeachment managers wrapped up their emotionally charged incitement case against former President Donald J. Trump on Thursday by warning that he remains a clear and present danger to American democracy and could foment still more violence if not barred from running for office again.

With the sounds of a rampaging mob still ringing in the Senate chamber, the managers sought to channel the shock and indignation rekindled by videos they showed of last month’s attack on the Capitol into a bipartisan repudiation of the former president who inflamed his supporters with false claims of a stolen election.

The argument was meant to rebut Republicans who have said that holding an impeachment trial for a former president was pointless and even unconstitutional because he has already left office and can no longer be removed. But if Mr. Trump were convicted, the Senate could bar him from holding public office in the future, and the managers emphasized that the trial was aimed not at punishment but prevention.

“I’m not afraid of Donald Trump running again in four years,” said Representative Ted Lieu, Democrat of California, another of the managers. “I’m afraid he’s going to run again and lose, because he can do this again.”

In the final day of their main arguments, the managers also sought to pre-empt the defense that Mr. Trump’s legal team will offer on Friday by rejecting his claim that he was simply exercising his free-speech rights when he sent a frenzied crowd to the Capitol as lawmakers were counting Electoral College votes and told it to “fight like hell.” The First Amendment, managers said, does not protect a president setting a political powder keg and then lighting a match.

“President Trump wasn’t just some guy with political opinions who showed up at a rally on Jan. 6 and delivered controversial remarks,” said Representative Joe Neguse, Democrat of Colorado and another manager. “He was the president of the United States. And he had spent months using the unique power of that office, of his bully pulpit, to spread that big lie that the election had been stolen to convince his followers to ‘stop the steal.’” 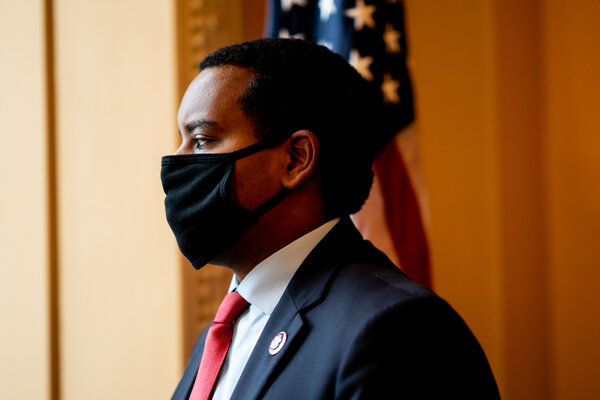 But for all of the drama of the prosecution’s case, most Republican senators appeared unswayed and Mr. Trump seemed to retain enough support to block the two-thirds vote required under the Constitution for conviction on the single “incitement of insurrection” count. While a handful of Republican senators may break from the former president, others seemed to go out of their way on Thursday to express impatience with the trial, the second that Mr. Trump has faced.

With Republican positions hardening and President Biden’s agenda slowed by the proceedings, Democratic senators began signaling that they had seen enough, too, and members of both parties were coalescing around a plan to bring a quick end to the trial with a vote on guilt or innocence as early as Saturday.

What You Need to Know

Business News:
GameStop shares surge over 40% after Cohen tapped to lead e-commerce pivot
The McRib is back at McDonald's — but two surprising states are not serving the beloved sandwich
U-Haul to stop hiring nicotine users in these 21 states
Shares, dollar celebrate U.S. stimulus, oil at one-year top
To Juice the Economy, Biden Bets on the Poor
Recent Posts