Home » Politics » How Covid Survivors Are Finding Their Way Into Politics

How Covid Survivors Are Finding Their Way Into Politics

Through Zoom trainings and virtual lobbying days, people who have lost loved ones or their own health to the coronavirus are trying to influence federal policy. 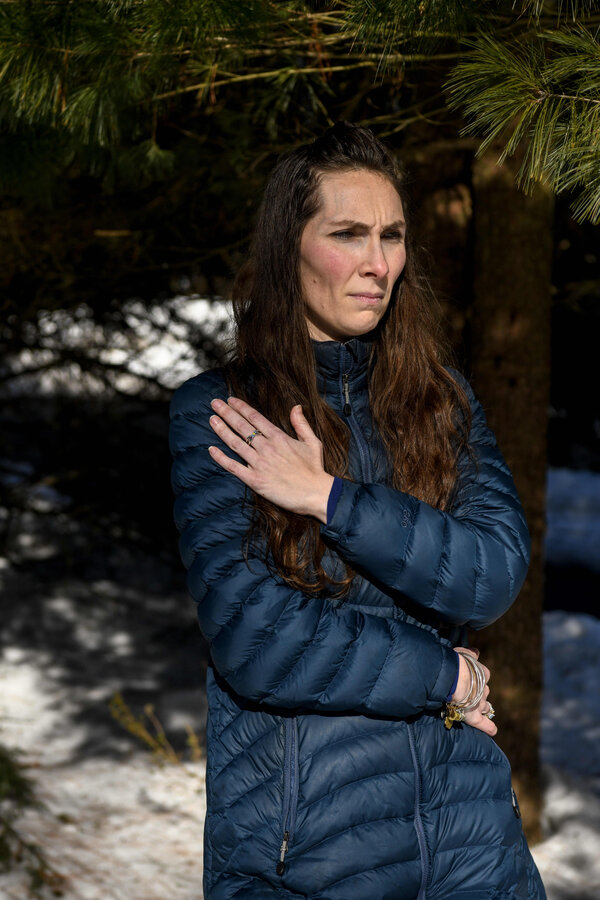 Pamela Addison is, in her own words, “one of the shyest people in this world.” Certainly not the sort of person who would submit an op-ed to a newspaper, or start a support group for strangers, or ask a United States senator to vote for $1.9 trillion legislation.

No one is more surprised than her that, in the past five months, she has done all of those things.

Her husband, Martin Addison, a 44-year-old health care worker in New Jersey, died from the coronavirus on April 29 after a month of illness. The last time she saw him was when he was loaded into an ambulance. At 37, Ms. Addison was left to care for a 2-year-old daughter and an infant son, and to make ends meet on her own.

“Seeing the impact my story has had on people — it has been very therapeutic and healing for me,” she said. “And knowing that I’m doing it to honor my husband gives me the greatest joy, because I’m doing it for him.”

With the United States’ staggering coronavirus death toll — more than 535,000 people — come thousands of stories like hers. Many people who have lost loved ones, or whose lives have been upended by long-haul symptoms, have turned to political action, seeking answers and new policies from a government whose failures under the Trump administration allowed the country to become one of the hardest hit by the pandemic.

There is Marjorie Roberts, who got sick while managing a hospital gift shop in Atlanta and now has lung scarring. Mary Wilson-Snipes, still on oxygen more than two months after coming home from the hospital. John Lancos, who lost his wife of 41 years on April 23. Janis Clark, who lost her husband of 38 years the same day.

In January, they and dozens of others participated in an advocacy training session over Zoom, run by a group called Covid Survivors for Change. This month, the group organized virtual meetings with the offices of 16 senators — 10 Democrats and six Republicans — and more than 50 group members lobbied for the coronavirus relief package.

The immediate purpose of the training session was to take people who, in many cases, had never so much as attended a school board meeting and teach them to do things like lobby a senator. The longer-term purpose was to confront the problem of numbers.

Numbers are dehumanizing, as activists like to say. In sufficient quantities — 536,472 as of Wednesday morning, for instance — they are also numbing. This is why converting numbers into people is so often the job of activists seeking policy change after tragedy.

Mothers Against Drunk Driving, founded by a woman whose daughter was killed by a drunken driver, did that. Groups that promote stricter gun laws, like Moms Demand Action and March for Our Lives, have sought to do it. Now, some coronavirus survivors think it’s their turn.

“That volume, that collective national trauma, is almost too hard for people to grasp,” said Chris Kocher, who is the executive director of Covid Survivors for Change and previously worked with gun violence survivors at Everytown for Gun Safety. “But you can understand one story and one life lived.”