President Biden is finding few outspoken defenders amid the chaotic collapse of the Afghan government. But after 20 years, a war-weary America may still give the president a pass. 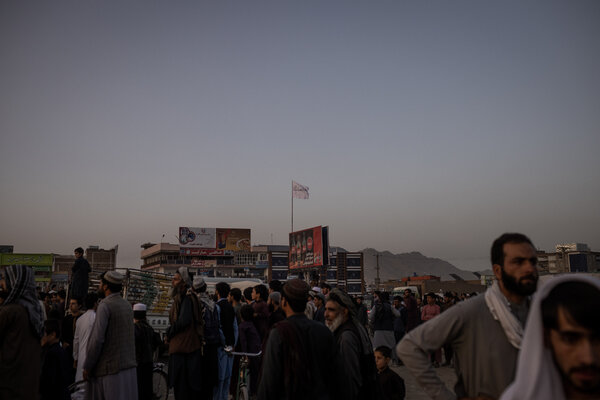 WASHINGTON — A conference call between members of Congress and the Biden administration’s top diplomatic and military leaders on Afghanistan turned contentious on Sunday, as lawmakers pressed the administration on how intelligence could have failed so badly and how long the military would help hold the Kabul airport.

Lawmakers said the 45-minute call with Secretary of State Antony J. Blinken; Secretary of Defense Lloyd J. Austin III; and Gen. Mark. A. Milley, chairman of the Joint Chiefs of Staff; was not particularly revelatory.

“It was, I would say, a rote exercise in telling us what we had already learned from the media and social media,” said Representative Peter Meijer, Republican of Michigan and a former Army reservist who did conflict analysis in Afghanistan.

But the questioning was pointed and at times contentious, centering on which Afghans the United States would get out and how. Representative Tom Malinowski, Democrat of New Jersey, who was a State Department official in the Obama administration and a former leader of Human Rights Watch, pressed the top officials on how long the U.S. military would be able to keep the Kabul airport open to charter and commercial flights.

Lawmakers also asked whether the Afghans that Americans were trying to help leave would include more than those who worked for the embassy, interpreters for the military and others with special immigrant visas, or S.I.V.s. The briefers assured them that they would try to help a broader group, including human rights and women’s rights activists, journalists and students of the American University of Afghanistan.