Home » Politics » Is anyone surprised? Pollsters write off mini-Merkel Laschet in latest blow to CDU legacy

Is anyone surprised? Pollsters write off mini-Merkel Laschet in latest blow to CDU legacy

Armin Laschet, who is the CDU’s candidate for chancellor at German federal elections in September, said that trade must be at the centre of a reset in transatlantic ties, and a large free trade area encompassing the United States and the European Union should be a goal.

Former US President Donald Trump halted talks on a proposed trade agreement between the EU and the United States, the Transatlantic Trade and Investment Partnership (TTIP), and initiated a trade conflict with the EU.

The leader of Germany’s Christian Democrats (CDU) said on Wednesday that now was the time to renew the transatlantic relationship.

“And we need a revival with new themes, with a new dynamic of the transatlantic relationship. And this will revolve around trade issues – a large free trade area as an ambition, but also a common climate foreign policy.” 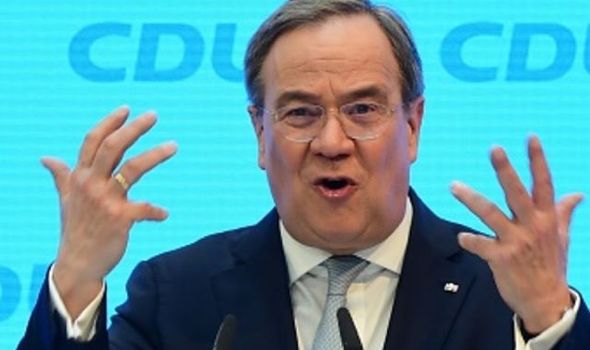 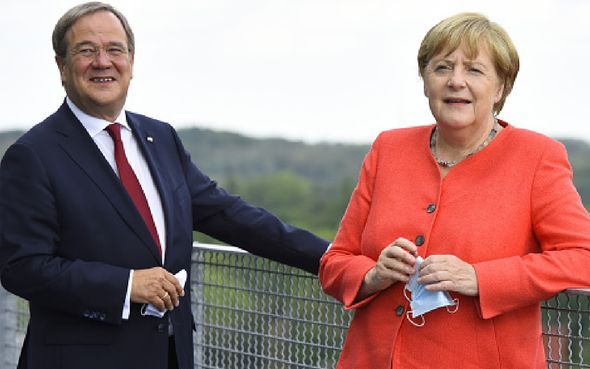 Insisting “we need a new relationship with Britain too, including on security issues,” Mr Laschet also said that Russia could be a partner for the EU but that Moscow must be shown the limits of international rules.

Turning to Russia’s Nord Stream 2 pipeline to Europe, Laschet reiterated his position that “this is a commercial project”, and said Germany would need gas to bridge its transition to cleaner fuels.

Should his conservative bloc end up in coalition talks after September’s election with the ecologist Greens, Mr Laschet said he would discuss Nord Stream 2 with their leader, Annalena Baerbock, who opposes the pipeline.

“If she thinks she wants to protect Ukraine strategically, I would agree with her,” Mr Laschet said.

The project, now about 95 percent complete, would bypass Ukraine, depriving it of lucrative transit fees and potentially undermining its struggle against Russian aggression.

Nothing new, therefore, as the CDU leader does not seem to have massively moved from Mrs Merkel’s last 16 years of reign in Germany.

Perhaps this is why pollsters are already writing him off.

Since the conservatives picked him last month to run for chancellor, Mr Laschet has seen the Greens overtake them in opinion polls; faced persistent sniping from his former, internal rival; and suffered a party rebellion in the east. Merkel also ticked him off over his lax handling of the coronavirus pandemic.

What is more, four months out from the election, Mr Laschet’s conservative alliance still has no campaign programme, allowing the Greens to set the agenda. 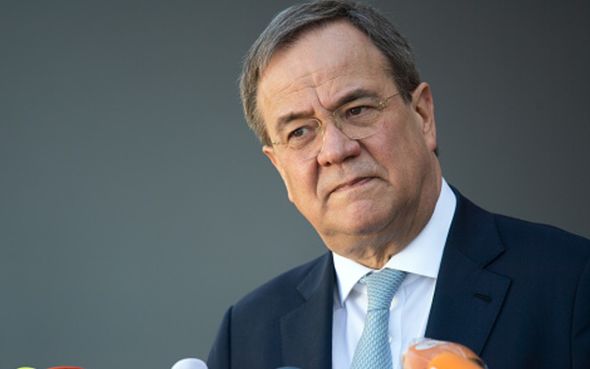 At stake is the direction of Germany, and Europe, and the fate of a conservative alliance that has ruled Germany for 16 years under Merkel, who steps down after the election.

No makeover is planned, sources close to Mr Laschet say.

Instead, his strategy is three-pronged and largely focussed on dealing with his own side: seek out internal critics and win them over, build a bridge to erstwhile Bavarian rival Markus Soeder with a joint programme of renewal on which to campaign, and show voters that his team includes women and young people.

Divisions between Mr Laschet and Mr Soeder stand in stark contrast to the united front presented by the Greens, whose co-leader Robert Habeck last month graciously presented Annalena Baerbock as chancellor candidate – a role he himself had coveted.

Since party grandees picked him over the more popular Mr Soeder in late April, Mr Laschet has reached out to rank-and-file members of his Christian Democrats (CDU) and to their Bavarian sister party, Mr Soeder’s CSU. The two run jointly in federal elections.

A CDU official close to Mr Laschet says the party is getting on board with the candidate, and Merkel is expected to campaign for him over the summer despite rebuking him over the pandemic.

The strait-laced Laschet has the look of a regional bank manager and party officials acknowledge that, like Merkel, he lacks charisma. But – also like the chancellor – they say he is seen as somebody who can be relied on.

But Manfred Guellner, head of pollster Forsa, told Reuters that Laschet’s ratings were so bad he did not see how they could improve enough by September.

He added that “Laschet would have to convince and activate non-voters to vote for the CDU again. But I don’t see that.”

His latest poll put support for the Greens at 26 percent with the CDU/CSU on 24 percent.

A member of the CDU’s executive committee set out the challenge: “From now on, the race to catch up begins.”