Leader Sir Keir Starmer said it was a “day of shame” for the party and vowed to stamp out anti-Jewish prejudice in its ranks. But Mr Corbyn claimed the issue has been “dramatically overstated” for political reasons and said he did not accept all of the findings of the equality watchdog’s investigation. And he went to war with the party after it suspended him over the comments, vowing to “strongly contest” the “political” decision.

A group of more than 30 hard-Left MPs rallied to his support and called for him to be reinstated.

But moderates attacked the former leader for bringing shame on the party by allowing anti-Semitism to thrive under his leadership.

The Equality and Human Rights Commission (EHRC) found the party was responsible for unlawful acts of harassment and discrimination during Mr Corbyn’s time at the top.

It said there were “inexcusable” failures in the response to the issue that “appeared to be a result of a lack of willingness to tackle anti-Semitism rather than an inability to do so”.

Mr Corbyn and his successor became locked in a battle played out across the airwaves and social media as they responded to the report.

Minutes before Sir Keir gave a live broadcast warning members who think the problem is “exaggerated” or factional that they are “part of the problem”, Mr Corbyn issued a statement saying he did not accept all of the report’s findings and the “scale of the problem was dramatically overstated for political reasons by our opponents inside and outside the party”. Mr Corbyn said he was “not part of the problem” and said does not believe he failed to deal with it properly. 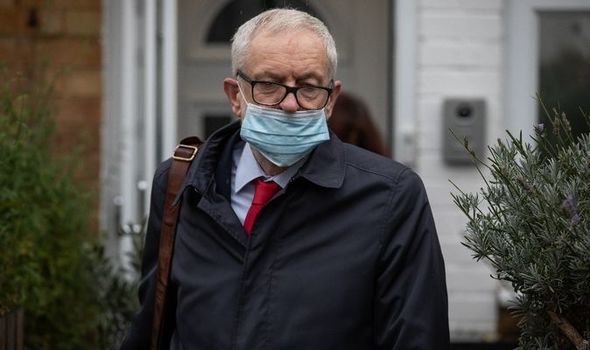 Party officials suspended him and stripped him of the party whip, but the former leader warned that he “will strongly contest the political intervention”. Sir Keir returned to the television studios to say he had made it clear that he will not “tolerate anti-Semitism or the denial of anti-Semitism through the suggestion that it is exaggerated or factional”.

He said yesterday: “We have failed Jewish people, our members, our supporters and the British public.

“And so on behalf of the Labour Party, I am truly sorry for all the pain and grief that has been caused.”

Mr Corbyn gave another interview telling how he was “very shocked and disappointed” to be kicked out of the party he has been a member of all his life and he wants the leadership to “think again”.

During his five years as leader, Jewish groups and MPs grew increasingly angry over the way hard-Left fuelled anti-Semitism was dealt with in the party. Mr Corbyn was accused of turning a blind eye to the issue and nine MPs quit over the crisis. 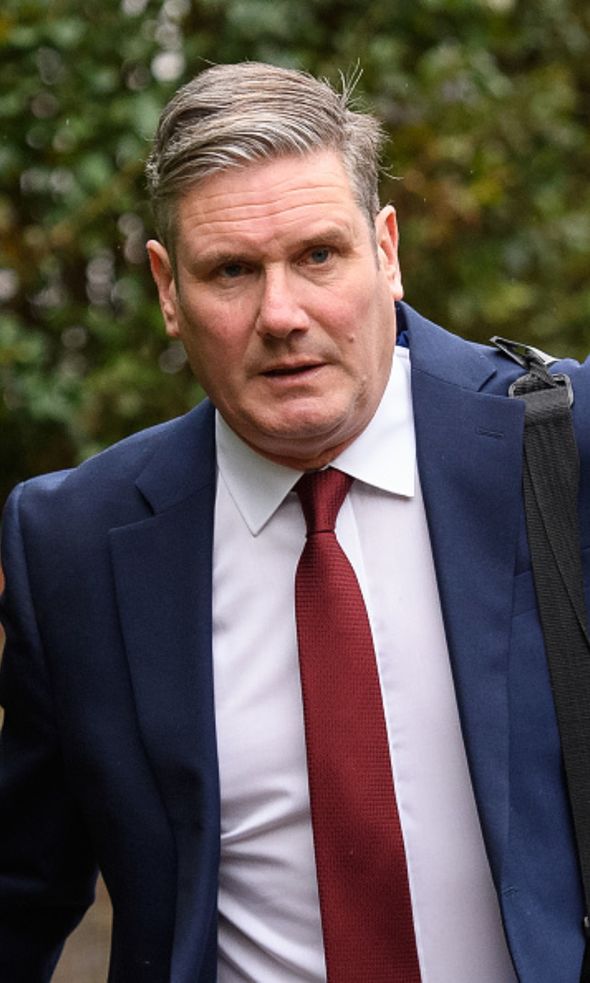 The EHRC report has brought bitter divisions back to the party.

Lord Mann, the Government’s Anti-Semitism tsar and a former Labour MP, told the Daily Express it was a “day of shame for the Labour Party; the biggest day of shame in its 120-year history”. Jewish Labour MP Dame Margaret Hodge said Mr Corbyn is in “permanent denial” about the extent of the problems that emerged during his leadership.

“Even when the evidence is placed in front of him he fails really to understand the importance and severity of it,” she added. “It happened on his watch. He sat at the centre of a party that enabled anti-Semitism to spread from the fringes to the mainstream.”

Deputy leader Angela Rayner, who was close to Mr Corbyn during his leadership, said he is a “fully decent man” but “has an absolute blind spot, and a denial about anti-Semitism”. Former shadow chancellor John McDonnell said the decision to suspend Mr Corbyn was “profoundly wrong”.

And Unite union boss Len McCluskey said it was a “grave injustice” that would compromise Labour’s election chances.

Cabinet minister Michael Gove has written to Sir Keir asking for him to account for his “failure to stand up to” Mr Corbyn on anti-Semitism while he was in the shadow cabinet.