Former Shadow Chancellor of the Exchequer John McDonnell insisted the Labour Party needed to implement more radical policies. While speaking on the Today Programme he insisted the Hartlepool election was lost in part due to the Brexit debate. He added that the party needed more radical policies than it had in 2019 in order to combat the issues that people care about like living in poverty.

Regarding Sir Keir Starmer’s leadership, Mr McDonnell claimed he would continue to give him a chance as head of the party.

However, he hoped Sir Keir would consider more radical policies to win back voters across the country.

Mr McDonell said: “In places like Hartlepool I think the Brexit issue was overriding, that was the key thing.

“That doesn’t mean to say that your policies are written in stone, you need to develop them on. 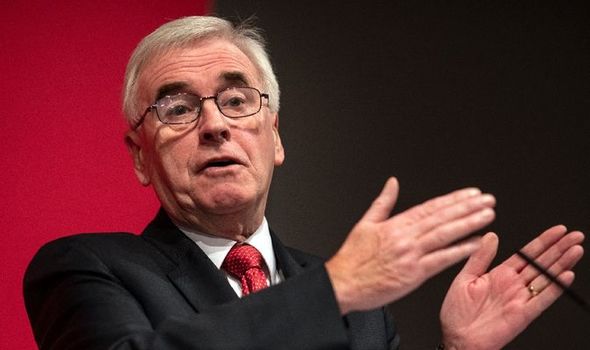 “You need to also make sure you are campaigning at the very local level, community organising.

“Then listening to people even further and adapting your policies accordingly to build upon them.

“In some instances, many of the policies advocated then were not radical enough for what we need know.

“Particularly given the levels of poverty that we have in areas like Hartlepool and the real challenges that people have because of low wages.”

Looking forward, the host then asked whether the Labour Party needed to consider a new leader.

Mr McDonnel replied: “Keir has got to be given his chance and I have said that all the way along.

“I am not going to be one of those people who treat him the way they treated Jeremy Corbyn and all the rest.

“Keir now needs to sit down and think through what happened in this campaign.

“What I have been saying to him is that he needs to demonstrate to people the sort of society you want to create.

“You need to create the policy programme and you need to get back to that real grassroots campaign.