Home » Politics » Keir was wrong! Labour poised to BACK Brexit as backlash grows at party’s ‘lack of vision’

Keir was wrong! Labour poised to BACK Brexit as backlash grows at party’s ‘lack of vision’

“There are a lot of problems already emerging with Brexit and we can bring in groups like the CBI and trade unions to deliver a vision of Britain succeeding outside the EU and finding ways for it to succeed.”

The shadow cabinet member added: “The problem is that after getting through covid there is a lack of vision about what Keir [Starmer] wants to do. There’s no real vision, nothing to talk about.

“He will recover [from the election results in May] and there’s no chance of him being replaced or forced out but he needs to decide what Labour is about and what it stands for.

“We have to find ways of talking to those former red wall seats again. It wasn’t just Brexit which was the problem, we still haven’t been forgiven for having Corbyn as our leader, but there are other issues.”

The shadow minister also suggested that the party needed to move away from a perception of being caught up in identity politics. 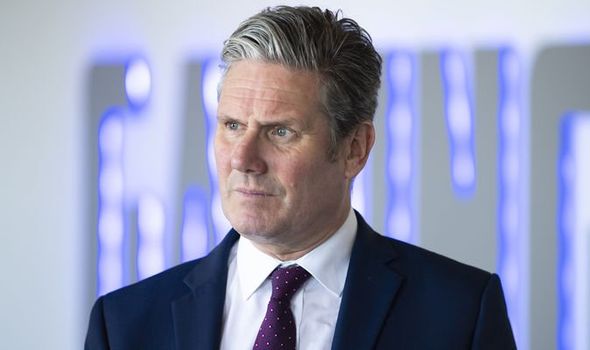 “People agree that we shouldn’t be racist or homophobic, they agree slavery was a bad thing but they don’t want it shoved down their throats all the time or to see their towns and heritage changed by it all.”

The proposal to build around “make Brexit work” has drawn suspicion from Conservative MPs that it will be a means of tying Britain more closely to the EU.

Tory MP Andrew Bridgen, who won his North West Leicestershire seat off Labour in 2010 as an early red wall victory, said: “This sounds like a way of tying us to the EU again. You only have to look at the proposed allies for this being the [pro-Remain] CBI.

“Make Brexit work may sound good but if it is all about having us being virtually a member of the EU again then it will be another Labour betrayal.”