The Speaker threatened punitive punishments against the Government as he criticised the Deputy Prime Minister for making an important policy announcement to the media before MPs. Under parliamentary protocol, all major plans from ministers should first be delivered in a statement in the House of Commons.

Mr Raab left Sir Lindsay incensed after his legislation on introducing a new British Bill of Rights to replace the Human Rights Act was first reported by newspapers and broadcasters.

Addressing the minister this afternoon, the Speaker said: “I am extremely disappointed that once again an important Government policy has been presented to the media before this House.

“Why the BBC and Sky News are more important, I will never know.

“That is simply – and I’ll say it again – simply not acceptable. 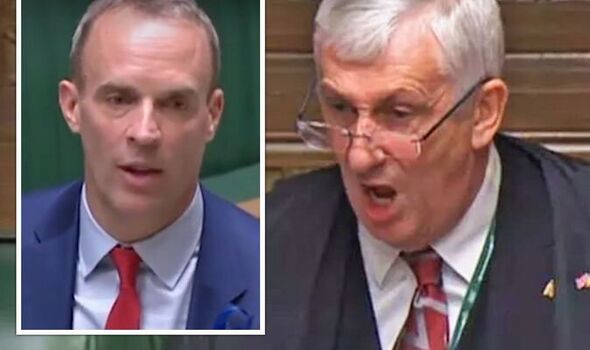 “One thing that did not change in the recently revised ministerial code was the important statement: ‘when Parliament is in session, the most important announcements of Government policy should be made in the first instance in Parliament’.

“But yet again the media have been the first to know. I’m glad that the minsiter is making the statement, but he should have done that before speaking to the media.”

He warned Mr Raab that should ministers fail to make statements in the Commons, he would drag the Government to answer an urgent question posed by backbench MPs.

Threatening further action as punishment, he said he could even force ministers to answer an urgent question as well as give a statement should the protocol breach happen again.

“I would certainly have granted an Urgent Question, and I’ve got to say thank you to Mr [Peter] Bone for putting one in just in case, had the statement not been forthcoming,” Sir Lindsay added.

“The Government should be aware that I will always do this in similar circumstances. 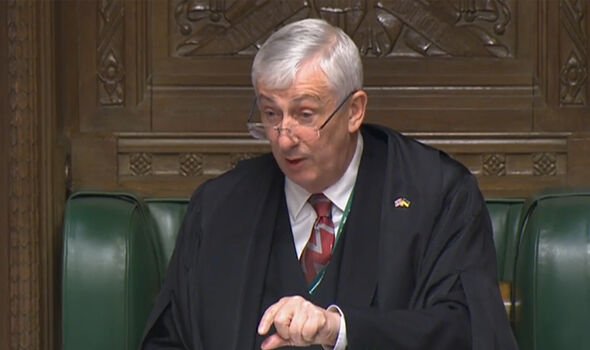 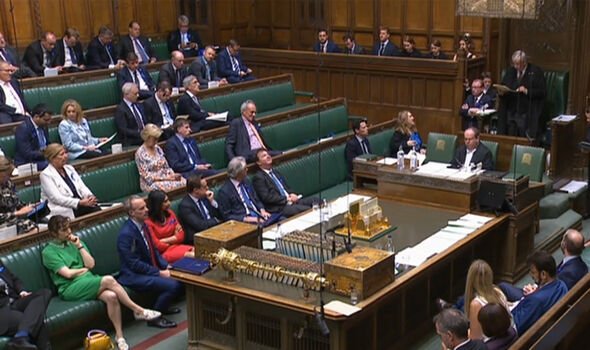 “And, I’ve got to say, I nearly granted both.

“I don’t want to be put in that position again.

“So please, respect this House, respect members of every political party.

DON’T MISS:
‘Doesn’t suit the country!’ Hoyle slaps down Labour MP over ‘half a**e [VIDEO]
Hoyle hits back as he rages at demands he shut down bars in Parliament [REACTION]
Sir Lindsay Hoyle snubbed as editor rejects demand for meeting [UPDATE] 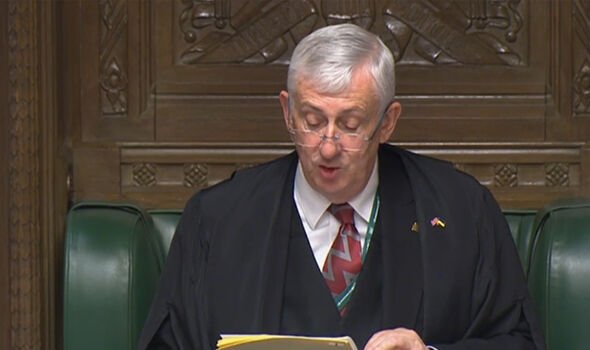 “They’re elected to hear it here, not via the news.”

Apologising to the Speaker, Mr Raab said he thought his announcement to the press had stuck within the remit of the rules.

He said: “I of course heed his advice as ever, we strived to make sure that we only kept within the trammels of what had gone out in the consultation document.”

Mr Raab was announcing plans to “restore a healthy dose of common sense”. 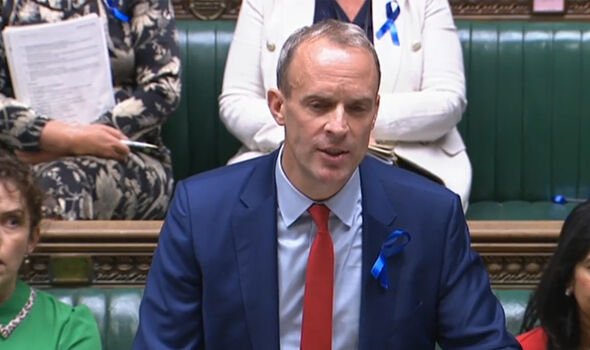 He said: “Our Bills of Rights will strengthen our proud tradition of freedom, it will demarcate a clearer separation of powers.

“It will ensure greater respect for our democratic institutions and it will better protect the public and restore a healthy dose of common sense to the justice system which is essential for commanding public confidence.

“Ultimately it will make us freer, it will help keep our streets safer.

“We will strengthen the separation of powers in this country, affirming the supremacy of the Supreme Court, being explicit that the UK courts are under no obligation to follow the Strasbourg case law and indeed are free to diverge from it.”